The Boiling Seafood is a hot hit 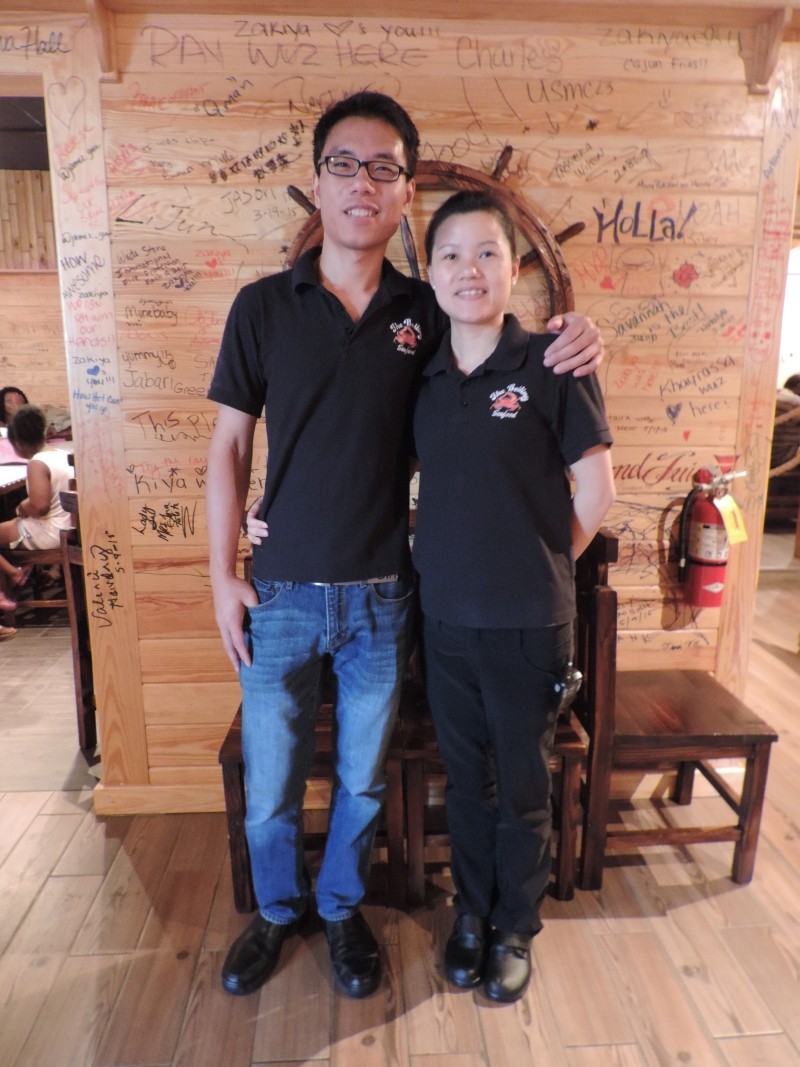 KEEPING an eye out for new eateries is a pleasurable part of my job, and when the Chinese buffet in Chatham Plaza (across from the Oglethorpe Mall) closed its doors, I had a feeling it wouldn't be long before such a prime spot was filled.

Taking a late night walk I saw a thin plastic banner bouncing in the early spring breeze, and sure enough, that was the first sign that The Boiling Seafood was gearing up to open.

OK, so the name sounded a tad awkward, but at least you knew for sure what they would be serving! The concept is simple. An array of fresh seafood, boiled quick in tongue-tingling spices, served up fast. Tin buckets at the table to catch your shells and tails, paper on the tables.

Johnny Zhang, a native of Fujian province in China, worked his way through many restaurants in his early years here, learning the trade from the ground up. Fujian sits on the southern coast of China, nestled by warm Pacific waters that give up a host of good-eatin’ year round. Any Fujian kid can tell you that good seafood is just part of a good life!

Eventually, Johnny dreamed of owning his own place, here in the Golden Mountain land, and he and his wife Ivy decided to leave the Chinese buffets and take-outs behind and concentrate on what they knew best: the glorious goodness that comes from the sea.

“I lived in California and saw how popular these places are. I like the look of them, but wanted to expand on it a little further, give it my own touch.” Johnny says.

When I ask about the web of graffiti covering the yellow pine walls, he laughs, “They do this at the California places and I like it, so I kept that. People love it when you hand them a marker and tell them to sign their names and comments!”

Just ask the servers, who have multiple colors in their pockets—which I did, of course! Who can resist writing on a wall—and with the boss-man’s go-ahead no less? Not me!

I even penned my comment in Chinese and signed my Chinese name (Zhao XueRou)—had to climb a little to find a blank space, but what the heck! 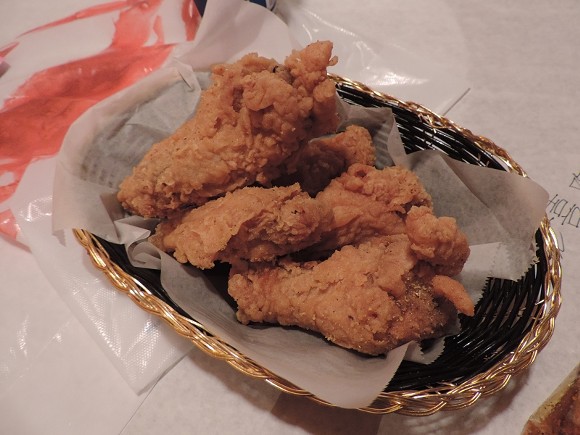 If you are searching for a high-end seafood experience, white tablecloths, and china plates, look elsewhere. If you want loads of steaming seafood brought to your table, don’t mind wearing a thin plastic bib emblazoned with a jolly lobster to protect your clothes, and aren’t fussy about licking your buttery fingers in public, well, you may just find yourself at home here.

The seafood is of a good size, fresh, tender, and with the choice of seasonings available: Ragin’ Cajun (mild, medium or hot), a tangy Lemon Pepper and Garlic Butter—or all three, called ‘The Big Shebang!’—the flavor is superb.

All boiled seafood comes served in a heavy, clear plastic bag with a Styrofoam plate. Prices are a bit changeable as they are set at current market price.

Word of warning for the squeamish—the boiled shrimp come with the heads on. This seems to be a slippery point for some folks, so I mention it up front.

Open the bag, pop off the heads easily and toss’em in the bucket on the table—and this comes from a girl who covers her ears when she has to step on a bug—ewwww, that crunch!—if I can handle it, so can you!

Any New Orleans chef or Chinese cook can tell you that the reason the heads are left on is that they contain a red fat that is highly favorable and makes the shrimp taste better.

Fried seafood is also offered, on the flip side of the menu, and I was thoroughly impressed by the delicate, golden crispiness of each item.

The fried wings with lemon pepper seasoning blew me away—I have never tasted any as good.

Steamed bags include two red potatoes and one corn (especially good when saturated in that Ragin’ Cajun spice!) and Lowcountry Boil aficionados can get sausage on the side as well. Extra corn or potatoes are cheap, so go for it if you want.

The steamed oysters here are clean, tasty, on the half shell by dozen or half-dozen —you can’t get much better than that with your cold beer! No desserts yet, but you may not have room for ‘em anyway!

Seafood comes in one-pound increments and fried food arrives in simple baskets with one side. There are no combos except the small or large Steamed Seafood Platter which contains snow crab legs, shrimp, oysters, mussels, clams and crawfish, along with the potatoes and corn.

Southern souls will be looking for slaw and hushpuppies and though they are not currently offered, myself and the wait staff are always buggin’ Johnny to put them on the menu—feel free to tell him what you like—he’s a good listener.