The Carters, The Cashes, & Americana

Psychotronic Film Society presents Southeast Premiere of The Winding Stream: The Carters, The Cashes, and The Course of Country Music 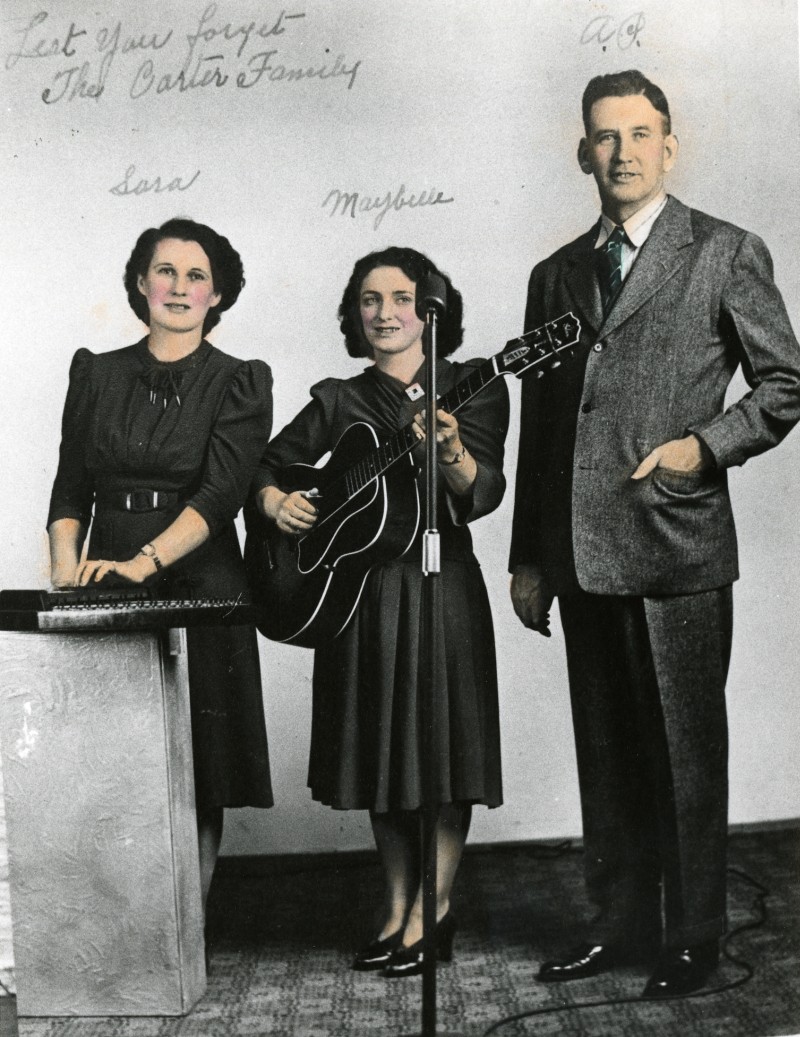 In Beth Harrington’s The Winding Stream: The Carters, The Cashes, and the Course of Country Music, in an on-camera interview with the great Johnny Cash, the subtitle under his name simply reads, “Maybelle’s son-in-law.”

That amazing interview with Cash, one of the last before his death, is just one part of a fascinating look at one family’s experience at the heart of what we now call country music, but which was then called “old time music.”

The Carter family’s influence is felt to the present day. If you went to his past weekend’s Revival Fest, for example, literally every single band on the bill owes a musical debt to them, and you could hear an echo of the Carter’s work in every song.

In the 1920s, A.P. Carter, his wife Sara, and Sara’s cousin Maybelle (future mother to June Carter Cash) set about collecting folk, gospel, and old time songs in the old-time tradition from all across the South and recording them on what was then state-of-the-art equipment.

Their work was broadcast worldwide by so-called “Border Stations”—pirate radio stations over the Mexican border with such high wattage that people could literally pick up the music on their bedsprings.

The Psychotronic Film Society brings the Southeast premiere of this SXSW-acclaimed documentary to Muse Arts Warehouse this Sunday in two screenings. 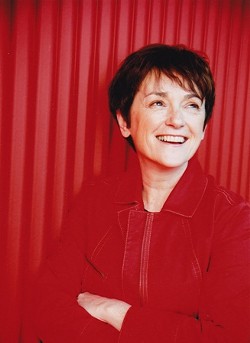 We spoke to director/producer Beth Harrington about her film, which in addition to Johnny Cash includes segments with Roseanne Cash, George Jones, John Prine, and Kris Kristofferson.

How did you, a non-Southerner, become so captivated with this one Southern family and the roots of country music?

Beth Harrington: I didn't grow up with country music, but I did grow up in a really rich environment for art and music and painting and dance. I grew up in that world and became a musician myself. I forget which jazz great said it, but he said there's only two kinds of music: Good music and bad music (laughs.)

I grew up with a lot of rock ‘n’ roll—that’s my love. But it all comes from somewhere, and I’m always interested in the antecedents of the music I love so much.

I worked on a film called Welcome to the Club: The Women of Rockabilly. It was a look at the roots of rock ‘n’ roll though the eyes of women.

A lot of the women I interviewed grew up with the Carter family, and a lot played with Johnny Cash in those package shows that used to go on back then.

I was aware of the Carter family and all they did in the 1970s, but I started to realize not a lot of people today understood the connection, about how far back Cash’s interest went, about how connected he was to that foundation family of country music.

I thought it would be cool to make a film to connect all those dots.

Your remarkably relaxed and entertaining interview with Johnny Cash happened only a few weeks before his death in 2003. Tell us how that came about and what he was like.

Beth Harrington: Johnny Cash was incredible to meet and interview. He was kind and patient and gracious and funny.

We were initially scheduled to interview him on a Wednesday and I flew to Nashville with my crew to do just that. Upon arrival we learned he was in the hospital.

Roseanne Cash was there doing a recording session and she was the one who told me. But she said if we could cool our heels for a few days perhaps he would be out before the weekend.

On Friday morning John Carter Cash called and told me his father was out of the hospital and was willing to see us. I was stunned. I thought for sure they’d just tell us to go home.

I believe he granted the interview because he wanted to talk about two women he loved so much—his wife June and her mother Maybelle. And that trumped his not feeling well. 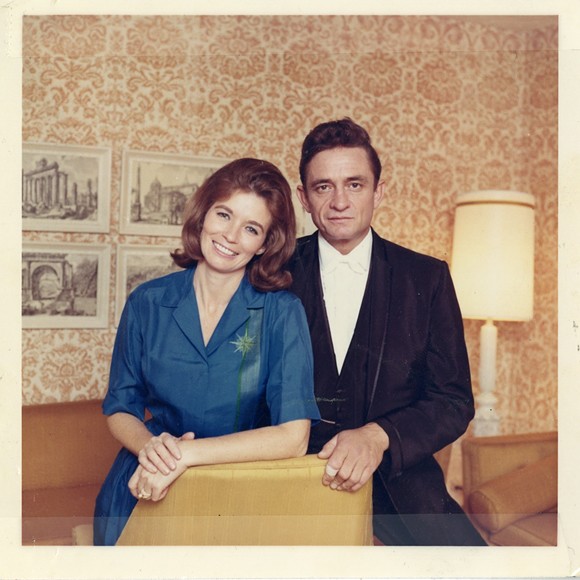 June Carter and Johnny Cash; the film features one of the last interviews with Johnny before his death.

Why does Johnny Cash have such appeal to the rock and punk world, so much more than other country icons?

Beth Harrington: Some of it has to do with how he himself moved about in the music world. As much as he came from a certain place, he was cognizant of the roots of different things and interested in people pushing parameters in music.

His relationships with other musicians always indicated that. He experimented with things, sometimes successfully and sometimes not. He was always trying to find his own voice in what he was doing.

So that made him more accessible to people not just rooted in country music. And that’s what the Carters were about: looking for good music.

They collected stuff, refashioned it and rearranged it, A.P. in particular. All the best stuff of that era: Tin Pan Alley music, African-American gospel, old folk songs from the hollers.

I didn’t realize the Carters were so innovative, that far back.

Beth Harrington: In the Carters' early sessions in Bristol, Va., they used what was then portable equipment, and the first kind of Western Electric microphone that could do what it did. That made picking up all the instrumentation much clearer.

But beyond that, the Carters were innovators in what they did together. They weren’t hampered by an attitude that, well this is this kind of song and we can’t do it.

They always made it sound like their own thing. That was mostly Maybelle’s contribution. They didn’t have a full band, and she invented the now-famous “Carter scratch,” which was really an effort to play lead and rhythm guitar at the same time.

She did it out of necessity to sort of flesh the whole sound out. That came from her banjo playing when younger.

You say Maybelle was responsible for making the guitar a premier instrument in country music.

Beth Harrington: Yes, up until then the big instruments in old time music were the fiddle and the banjo. People didn't play guitar as a lead instrument. They played it mostly like a percussion instrument, a rhythmic wash.

Maybelle kind of put the guitar in the foreground, because A.P. wasn’t playing a lot and Sarah was playing autoharp.

This project took quite awhile to finish! What did you learn along the way?

Beth Harrington: The film took forever to make! I began it over a dozen years ago. When I started I sort of had a rule of thumb that still holds true, which is: Distribution drives format.

It’s nice to think you can make a three hour film and everyone will love it, but you really have to be conscious of what’s going to happen when it’s done.

Filmmaking is commerce-driven, much to my chagrin, but that’s the truth of it.

I assumed at first it would eventually be a public TV show. So when I started working on it, I did certain kinds of interviews that would work in that format.

But as I went along I realized nobody was stepping forward from the public TV realm to pay for the film. Other funders were not coming forward.

Now I see that time was the beginning of a total paradigm shift in how films are made and how they’re paid for. And fortunately there’s been a big resurgence in art houses, which frankly a few years ago wasn’t the case. They are roaring back.

Art houses are showing indie films again. I’m delighted to see what a great response there has been to it.

Once I realized I wasn’t beholden to public TV, I took more creative chances with things, like animation in film, and some of the ways we told the story.

As a Southern writer, I still see a lot of prejudice against the South and against Southerners. Would you agree with that, based on your experience making this film?

Beth Harrington: I sympathize and recognize the truth of that feeling. That's sort of the last bastion where you can make fun of certain people.

There is that stereotype of the backward Southerner. I think it’s tragic we’re still clinging to it.

Frankly I did see that attitude come into play as I talked about the film with certain people. They’d go, “Oh really, why would you want to make a movie about someone like that?”

But the people in the film are the foundation not just of country music but folk music, any kind of regional roots music, Americana. Whatever you want to call it, the Carters had a huge impact.

A lot of people dismiss it as hick music. And it started to piss me off! I can’t imagine if I were from the South how much it would piss me off.

I find it really offensive, and I don’t think you’re wrong in perceiving it that way.

There’s a piece of me that wanted the film to succeed just to show those people how wrong they are.