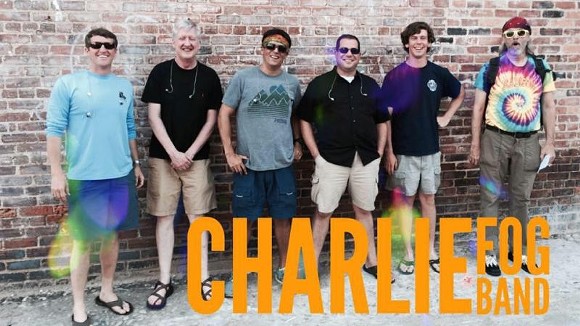 OUR hometown Deadheads are traveling the region spreading the good vibes in honor of Jerry Week. A celebration of Grateful Dead’s beloved Jerry Garcia, born August 1, 1942 in San Francisco, California, Jerry Day (and Week) lights up cities around the world as tribute bands break out the hits and deep cuts to pay homage. Savannah’s own Charlie Fog Band is in on the action.

Their mini-tour kicks off at Nowhere Bar in Athens and leads them to Chattanooga, Tennessee, Terminal West in Atlanta, Jack Rabbits in Jacksonville, and then on home to Barrelhouse South.

With a name borrowed from the Dead song “Tennessee Jed,” the six-member-strong Charlie Fog Band has been committed to sharing Garcia’s good word since 2011. As Jerry Day festivities become more widespread throughout the Southeast, the band’s earning stellar gigs, thanks to a show that recreates the sounds of a real, authentic Grateful Dead gig.