SCAD’s deFINE ART: The (Color) Theory of Everything

MANY ARTISTS use color as a vehicle for expression, picking shades from the infinite palette and juxtaposing hues for aesthetic effect.

But legendary Venezuelan designer Carlos Cruz-Diez has spent more than 50 years delving into the subjective nature of color itself—and how its perception is far from static.

One of the major players in the Kinetic and Op (short for “Operational”) art movements of the 1960s, Cruz-Diez is best known for combining moving parts with patterns and tones that change with the perspective of the viewer, often employing a moiré effect to pose the question of whether art even needs an object to exist.

“We have made color a certainty over the centuries, but it isn’t,” he explained in an interview last year at his studio in Panama. “Color is just a circumstance created instantaneously before our eyes.”

He has worked in Paris since 1960 and his installations are represented in museums and galleries around the world, though like his work, he never stays fixed in place or one medium. In 2014, he collaborated with designer Oscar Carvallo for a collection for Paris Fashion Week, and at 93, he continues to deliver talks about his work. Considered one of the most influential color theorists in modern times, Cruz-Diez brings a series of brilliant new works to Savannah next week as the honoree of SCAD’s deFINE ART.

The annual expo of exhibitions, lectures and events takes place simultaneously Feb. 21-24 at SCAD’s Savannah, Atlanta and Hong Kong campuses, each year offering a new, hyper-relevant permutation of established and emerging artists. Savannah’s venues invite the public to experience several forms of media for free around the city, from Cruz-Diez’s room-sized “Chroma” installations at the SCAD Museum of Art to the group show “Oversaturated” at Alexander Hall. 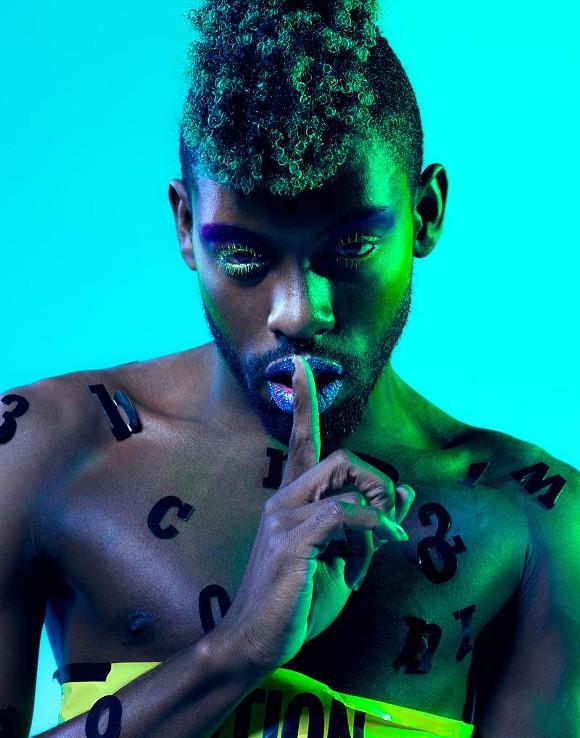 From "Oversaturated" at Alexander Hall.

SCAD MOA kicks off deFINE ART with a bang as percussionist and feminist activist Kiran Gandhi steps to the stage Tuesday evening, Feb. 21. While her audacious act of running the London marathon while on her period made headlines in 2015, she is best known as Madame Gandhi, the former drummer for M.I.A. and Thievery Corporation. The electronica powerhouse will speak about her work in the music industry as well as how she merges her passion for feminism with real-world applications (she has a degree in math and an M.B.A. from Harvard!) and will follow her talk with the live debut of killer new tunes.

Cultural commentator Hank Willis Thomas will deliver a lecture at the museum on Wednesday, Feb. 22 on the context of art in activism, focusing on his installations “Freedom Isn’t Always Beautiful” and “Blind Memory,” constructed specifically for SCAD MOA. Also on Wednesday, artists Tracey Riese, Richard Birkett, Daniel McClean and Joseph del Pesco discuss the challenges and privileges of making art in contemporary times on the panel “Creating for Whom?”

Texting has become a primary form of contemporary communication, and the composition of letters and language receives interpretive treatment from visual artists Alex Gingrow, Robin Miller and Todd Schroeder in the group show “Take Note” at the Gutstein Gallery. From Gingrow’s wild appropriation of a desk calendar to Miller’s irreverent rearrangement of library Dewey Decimal cards to Schroeder’s textural explorations of a single phrase, “Take Note” turns the meaning of language inside out—clarified by the artists themselves at a midday talk on Thursday, Feb. 23. 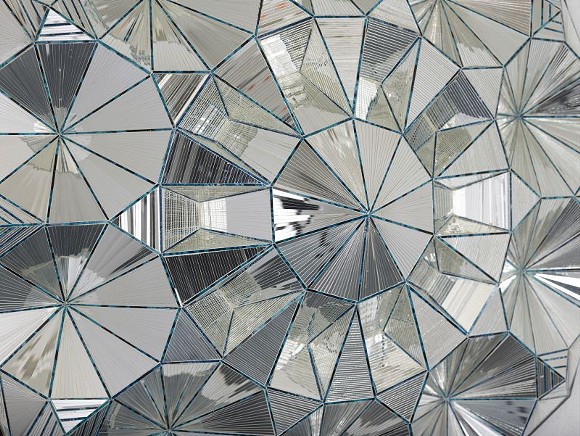 “Oversaturated” circles back to honoree Carlos Cruz-Diez, showcasing work by SCAD alumni, faculty and students inspired by the luminary’s half century-long inquiry into the ephemeral quality of color. Curated by Ben Tollefson and featuring photographs by Matt Slade, abstract paintings by Daniela Martin, fiber works by Emma Balder, whimsical assemblages by Laila Kouri and many more, “Oversaturated” perpetuates the power of color as a way to address political issues and give voice to emotions. 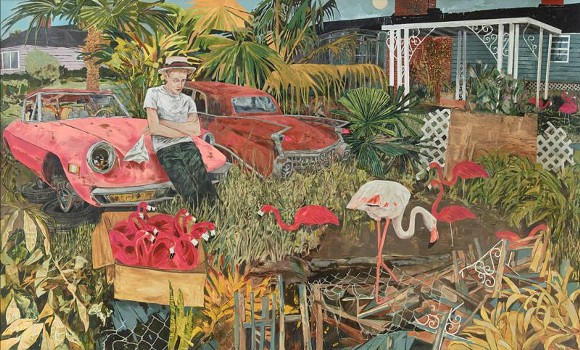 The multi-faceted exploration proves that as much as hue helps define artistic structure, it can also render that structure unnecessary altogether.

As the great Cruz-Diez himself once said, “Color is an autonomous event that does not require form.”

MIND AND METHODS OF AN ARTIST: Carter Flachbarth at SCAD’s deFINE ART 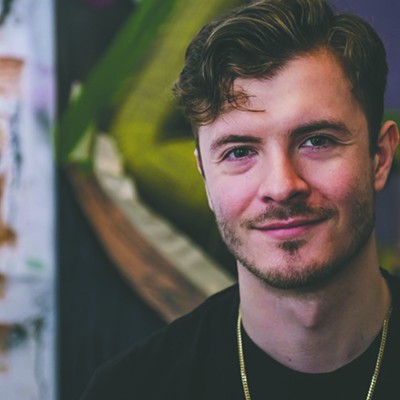