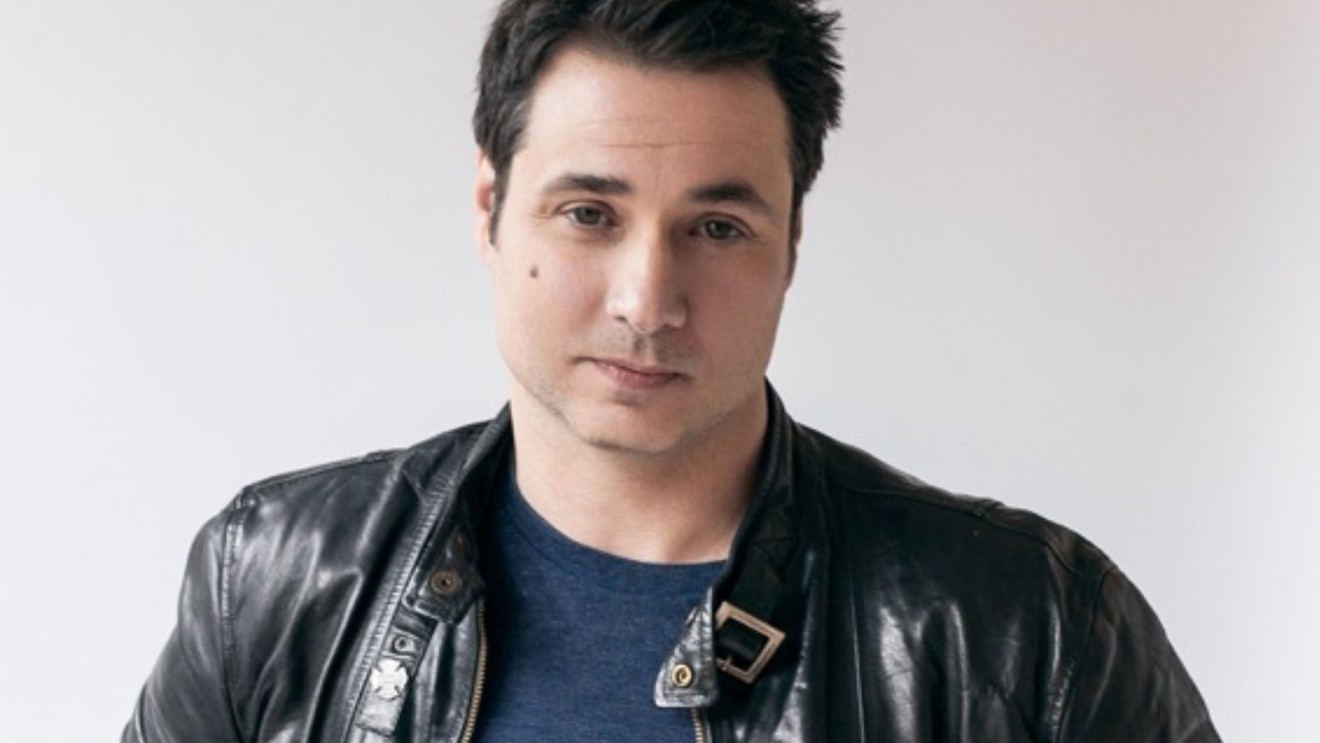 Comedian and actor Adam Ferrara is getting ready to make his Savannah debut, and he couldn’t be more excited.

“I got a call from my friend Scott Henry, and he asked me to come down to the club [in Savannah]. I heard good things about it and I said, ‘yeah, I’d love to come down’. So, I’m glad it worked out,” said Ferrara.

He has also been a featured guest on several late night talk shows including “The Late Late Show with James Corden”, “Late Night with Jimmy Fallon”, and “The Tonight Show with Jay Leno’’ among others. He also co-hosted BBC sensation “Top Gear USA” for six seasons. Ferrara’s comedy album “It’s Scary in Here” debuted at #1 on iTunes, and he wrote and produced his own TV special “Adam Ferrara: Funny as Hell”.

He currently hosts his own podcast “The Adam Ferrara Podcast”, where he interviews leading entertainers and directors. He’s also working on another special.

After being dubbed “hilarious” by Entertainment Weekly, Ferrara got his start in comedy not long after leaving college.

“I told my parents, ‘we’ve done one of your things. Now I’m going to try one of mine.’ I went to an open mic in Long Island where I’m from, and I made the mistake of telling my mother. Now my mother was the original Twitter. I would tell her and she would tell everybody. So, my whole neighborhood showed up. I had to be funny real quick because they were all there. And what had happened was not only did they show up, but they started heckling. So I just played with them for the five minutes that I was up there, and I did very well. And that’s when I got bit by the bug, and I’ve been at it ever since,” he explained.

For Ferrara, that hometown premiere marked the moment he knew that he wanted to be a performer.

“That’s when I knew I’d found a place I felt I belonged. I didn’t know how long it would last or where it would take me, but I got that feeling like ‘okay, this is where I belonged,” he explained.

He also earned the approval of his father that day.

“My father looked at me because he was there in the audience, and he was like ‘that’s where you fit,’ So he gave me the permission to go ahead and do it,” said Ferrara.

From that humble beginning, Ferrara has enjoyed a prolific career in stand up comedy. His talents have taken him far, and he has many highlights to reflect on.

“I’ve gotten to do so many nice things . . . I played Carnegie Hall. I played Radio City Music Hall . . . all the late night shows. I had a bunch of specials,” he recalled.

Ferrara has a signature comedic style that draws upon his real lived experience.

“I am a confessional comic. I take my life and I put it into a blender. I turn it around and make it funny and hopefully my truth and experience reaches somebody else and we both laugh,” he explained.

“I like the experiential laugh. I like it when it gets you in your guts. Like a couple, some guy will point to his wife or his wife will push the guy, ‘that’s you, that’s you!’ That’s what I really strive for. If I can articulate a feeling that someone’s been having. That’s the best laugh for me. . . I’m not really a social critic, it’s just what I’m going through at the time or if something strikes me. I will just draw from everyday life and I like to improv quite a bit with the audience,” he continued.

His unique ability to relate to and engage with his audiences through captivating and humorous storytelling is what sets him apart. For Ferrara, it’s all about building trust with an audience so he can take them on an entertaining and, at times, emotional journey.

“I think on my third Comedy Central special, my dad got diagnosed with cancer. And I did a bit about chemotherapy where I take the audience way down emotionally and then I bring them back up. I was proud of the bit because it expressed what I was feeling . . . the fear, the terror and then the release. I was proud because not only did I write it, but I had the ability to perform it, because you have to put the audience into emotional sadness and they have to trust you enough to take them out of it. And I have to do it all within a minute,” he recounted.

That particular bit was so profound that it found a second life in academia.

“I got a call from a professor who teaches at Yale and NYU asking me if he could license that bit to use it as a teaching tool in his drama and writing class,” said Ferrara, who let the professor use the bit free of charge.

“I’m proud that it got a different life and could help other people,” he added.

Connecting with people is what Ferrara loves most about comedy. He enjoys being able to raise the energy level in a room and the back and forth with his audience.

“[I love] the immediacy of it. When I’m doing stand up, it’s instant gratification. When I stop talking, they start laughing and I feel good. And the connection, the sense when you’re with the audience, we’re all in that moment together. . . There’s this collective energy, this synergism where it’s my energy and your energy and we go some place together,” Ferrara explained.

Ferrara will be performing in Savannah at District Live Dec. 8 - 10. He encourages anyone in need of a good laugh to come out and see his side-splitting set.

“[People should come] because I am funny. It’s my first time there and I can make whatever’s bothering you for that hour go away. You can pick up your troubles on the way out. It’s a mic in my hand, not a gavel. I don’t judge,” he expressed.

Ferrara’s performance is a part of the collaboration between Big Comedy Network and District Live, which brings top-tier comedians from all over the country to the Hostess City.

General admission and VIP tickets are available at plantriverside.com