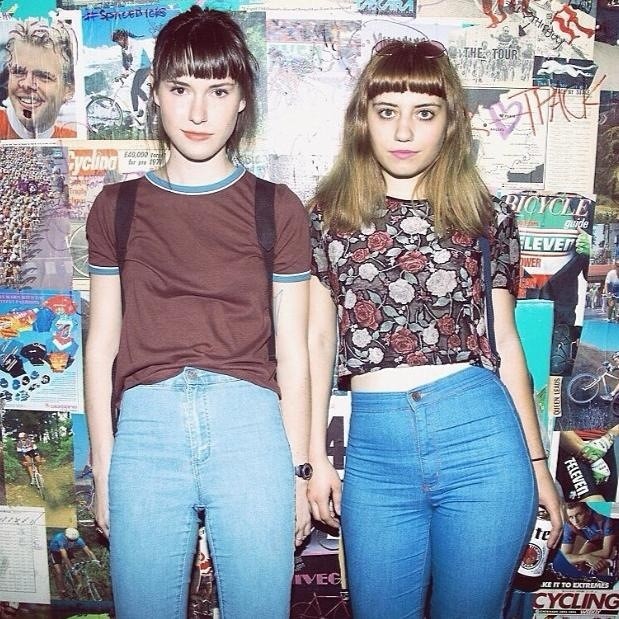 TULSA, Oklahoma’s The Daddyo’s create gauzy grunge pop evocative of Bleached and Best Coast. Though 21-year-olds Kylie Slabby and Kylie Hastings have been writing together since they were 13, they hadn’t recorded their collaborations until 2014.

“We just write some music alone and then get together and make it a full thing,” they explain of their process. “A lot of the time also we’ll just be practicing or hanging out playing and come up with something out of nothing. We never plan it though, it’s usually just random.”

Recommended if you like a good jangly, languid verse, a muddy little sparkle dripped over rhythm guitar tones, chill harmonies, tacos, spaceships, and creating mountains of clothes in front of the mirror (“Hey girl/what are you wearing tonight?” one Daddyo asks another on “Crop Top.” “I don’t know/I hate all my clothes!” the other retorts).

The Daddyo’s, pictured above, are joined by dirt-pop Austinites Annabelle Chairlegs. They play a kind of shimmery, throwback garage pop, and shared the stage in Baltimore with Savannah’s own Sauna Heat just last week.