Patterson Hood: ‘Being socially conscious has always been a part of this band’ 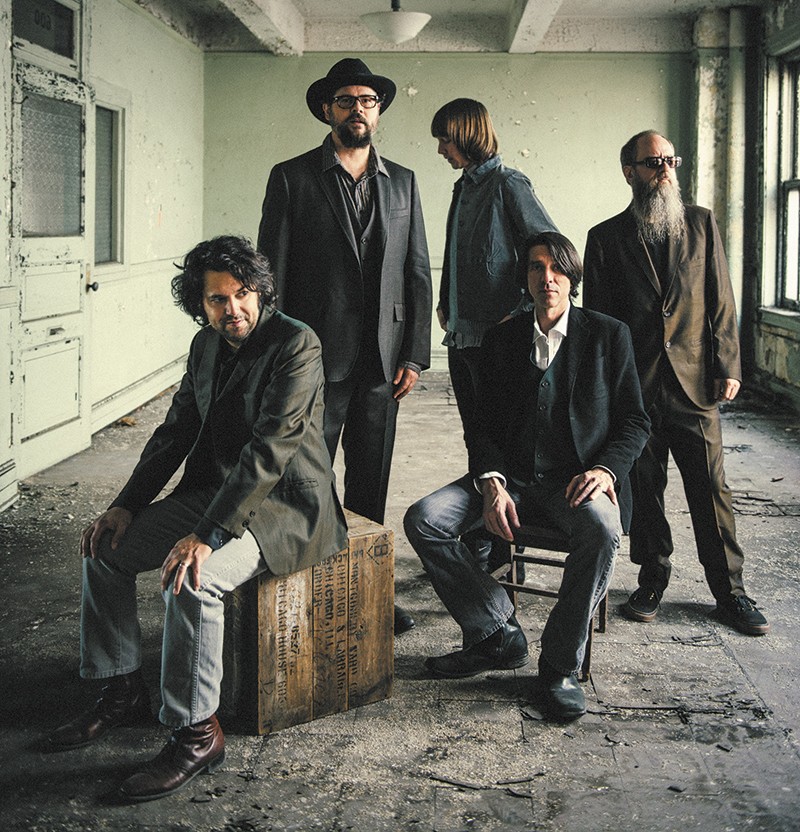 Patterson Hood (standing, with hat), and The Drive-By Truckers play the Trustees Theatre next week.

AFTER 20 years on the road and over a dozen albums, Drive-By Truckers have quietly become elder statesmen of American rock 'n’ roll.

Heirs to the great Southern rock tradition, they’ve modernized the genre for a new age, mostly through the unique songwriting skills of frontman Patterson Hood, who turns Southern stereotypes upside down with his reflective takes on race, history, and identity.

With roots in Northern Alabama’s Muscle Shoals region, the Truckers became known primarily as an Athens band after their move there. These days Hood himself lives all the way across the country in Portland, Oregon, with his wife Rebecca and their two children.

The Truckers play the Savannah Music Festival on Wednesday, April 6, at the Trustees Theatre. We spoke to Hood the day after their gig in Carrboro, N.C.

So you moved to Portland a few years ago but still have an Athens area code. What does that tell us?

Right! Well, we’re still based in Athens, as a band. My family and I are just out here.

R.E.M.’s Peter Buck moved to Seattle some years back. You guys are close —did he influence your move to the Pacific Northwest?

Indirectly, I guess yes. My wife and I started seriously talking about it when we went to his wedding. He didn’t draft me into it or anything like that. Of course, we went in June when it was stunningly beautiful, and it had been like 100 degrees for days in a row in Athens! We were like, wow. But it takes a while to move cross-country. In 15 years in Athens we made a whole bunch of friends.

What kind of changes did you see in Athens in that 15 years?

It has changed a lot. It’s going through a lot of gentrification. It’s just a much more expensive town. Honestly, I couldn’t have afforded to live there if it was as expensive then as it is now. Which worries me. But you know, they keep finding a way to make it work.

What impact has the move had artistically?

It’s been great as a writer and an artist. It’s worked out for everybody. It’s been real good for the band and really helped us solidify our base out there. The west coast has always been real good for our band. We did that live record in San Francisco—three nights at the Fillmore!

Your old bandmate Jason Isbell just played here again, as did Widespread Panic. Seems like Savannah is firmly on the circuit for Athens roots and jam bands.

Oh man. We used to play the Velvet Elvis—is that what it was called?—all the time. Then I guess it wasn’t open there for awhile, so there wasn’t really a venue there for us for a little bit. But I’m so glad to be back finally. It’s about time.

I saw the videos of John Paul Jones of Led Zeppelin playing with you guys at Peter Buck’s Todos Santos festival in Mexico. How did that happen?

Oh that was pretty crazy cool! I sort of asked him if we could jam together and he did. There were like all these jamfests going on, and we got to play with him. It was just amazing.

So y’all are back on the road again.

What kind of set list are you playing this time around? You have such a huge catalogue now.

We don’t have a set list, man! We totally wing it. We might decide what the first couple of songs are gonna be, then it’s just chaos. (Laughs) This will be a pretty wide selection of our career, that much we do know. Last night was one of the most radical departures for us. We played some things we hadn't played in years.

I have to ask you about the New York Times op-ed you wrote after the Charleston Emanuel AME shootings. It was headlined, "The South's heritage is so much more than a flag." Any new thoughts on the subject since then? Are you still comfortable with everything you wrote?

The record we just made really talks about a lot of current events we're facing now as a country, with racial issues, with the rise of Trump. Being socially conscious has always been a part of being in this band and what we try to do. We ain't gonna get anywhere unless we all have a discussion about these issues.

What this is, is time for white guys with Southern accents to start saying 'Black lives matter.'