How much do you really know about the chart-topping rocker coming to Hilton Head?

Just how much do I dig Eddie Money and his music?

Once in the 1980s, I climbed over a fence to sneak into a sold-out stop on his “unplugged” tour. True.

Some might term my affection for his bombastic and saccharine classic rock as a guilty pleasure, except that when it comes to Mr. Money, I have no shame. When he’s good, he’s great — and when he’s bad (which he often is), he’s still enjoyable in a cornball way.

He last appeared in our area as a headlining attraction at the 2006 Great Ogeechee Seafood Festival, but this Thursday night he’s playing a rare small club show on Hilton Head at Stages, a roughly 500-capacity showcase venue formerly known as Monkey Business. 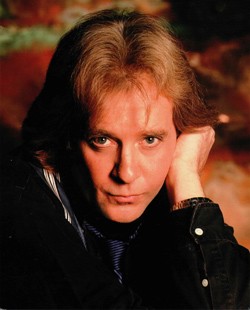 Those who make the gig will likely be treated to an intimate set from a veteran rock star who may have slowed down a bit (he currently does about 60 gigs a year), but is still earning raves for his energy and charisma — not to mention his voice, which is said to still be in strong, fine form.

In honor of this event, we offer you Connect’s first-ever interactive Eddie Money Quiz. Test your knowledge! Answers below. Please, no wagering.

2. What promising career did Money give up to become a professional musician?

6. True or False: Money was once arrested in Dayton, Oh. for shoplifting ice cream sandwiches from a convenience store.

7. Name the 1979 cult film starring Elvis Costello, Harvey Korman and John Ritter which featured two Money tunes on its soundtrack — one of which cannot be found anywhere else.

8. Money has played himself on two different popular U.S. TV sitcoms. Name them.

9. Complete this lyric from a single on Money’s second LP, Life For The Taking: “Gimme some water...”

12. True or False: Rosanna shook that car so much she “blew out the suspension”.

13. Name Money’s favorite charitable organization, which he actively supports and raises funds for.

14. Which of the following instruments does Money not play: guitar, harmonica, saxophone or keyboards?

15. His forthcoming CD The Other Side of Money features country-fied remakes of his biggest hits. What A-List Nashville star duets with him on the album?