THROUGHOUT the pandemic, we’ve made it a point to check in with venues owners from around the city to see how they’ve been navigating the uncertainty and anxiety of being effectively shut down.

Some venues have started experimenting with shows again, especially those that have been able to open since they also serve as a restaurant.

One venue that continues to operate as a restaurant and bar, but has chosen not to start doing shows, is Barrelhouse South. 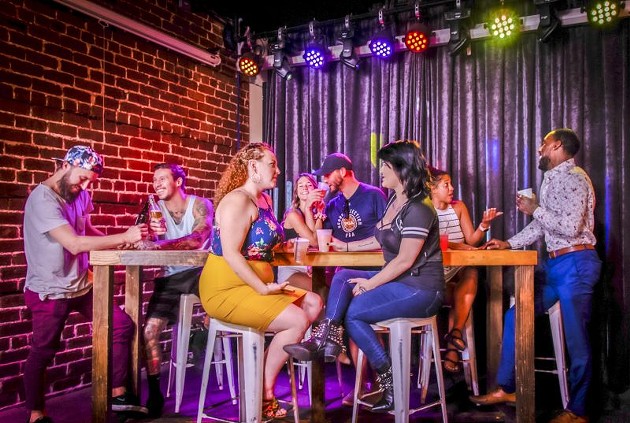 It’s an unusual time to be writing about Barrelhouse South because we typically cover the regular shows they had on their calendar (in fact, we covered their shows in virtually every issue in some way or another), but now there’s nothing. And there are no plans to book bands again for the foreseeable future.

“Barrelhouse opens at 11 a.m. every day for lunch, and we serve food all night. That classified us as a restaurant, so we were able to open at the end of April. We held off for the first week or two, though, because I didn’t want to be the first to open. I wanted to see what others were doing,” Clarke tells Connect.

“Nobody in Savannah really took the leap in the beginning, but Pooler seemed to open right away. I went out there to see what they were doing, and then thought I’d open for takeout and drinks during that first weekend in May. We just had a tremendous response. We had tons of support. Every regular we’ve ever had was there 30 minutes before we opened.”

Opening day was a complete success from an attendance perspective, and people were extremely grateful to be back in their beloved bar.

Clarke stresses that there was a “huge outpouring of support from the community,” but he didn’t approach things in a lax way. He’d already been completely educated on the guidelines and regulations in place for businesses to safely reopen, and made it a point to take every necessary precaution.

“I spent a lot of time talking to the Georgia Restaurant Association, and they told me what people in Atlanta and other cities were doing,” he says.

It wasn’t seamless, though. Clarke says it was “really challenging” to keep people apart.

“We had all the protocols and x’d out the floors like you see in Walmart, etc.,” he says. “But it was really challenging that first night.” Clarke says even Savannah police, who visited the restaurant on the first night, weren’t as familiar with the classifications that allowed them to operate as he’d been—especially given his very careful and thoughtful approach.

“I had done a lot of research, and I knew the governor had given out those 39 steps for re-opening,” he says.

After the challenging first day in terms of keeping people distanced, Clarke says he got up early and went to Home Depot to get some wood. He built physical barricades to separate people in the bar and create zones, and also put a table on the stage to further space things out.

“From that minute on, we decided we were going to seat people like a restaurant,” he says.

That learning experience proved successful, and they’ve had great luck ever since as far as getting people to abide by social distancing guidelines while still enjoying their time at Barrelhouse.

As for live music, Clarke says it’s going to be a while until he considers booking again because of the complicated logistics involved with both getting a band in the venue and getting an audience to follow guidelines.

“Even though it’s what Barrelhouse has been built on from day one, it’s not a thought right now until this is completely behind us. Because it directly encourages what we’re trying to prevent. It’s in direct contrast to what we need to do to be safe and smart,” Clarke says.

Despite some roadblocks initially, reopening Barrelhouse has been a positive experience for Clarke and his employees.

“I’ve owned bars for 10 years, and this has been some of my favorite atmosphere I’ve ever had in any of my experiences,” he says.

Is that, perhaps, because people are appreciating things like going to a restaurant and bar a lot more now? Was it something they took for granted before the pandemic?

“Absolutely,” Clarke says. “They’re appreciating it more. It’s been really positive. There’s just much more of a camaraderie than I’ve ever seen before.”