SINCE 2004, The Grascals have been a leading light in the bluegrass genre - releasing a series of acclaimed albums and winning over fans in high places. The band, which consists of some serious Nashville players, has won the adoration of people like Dolly Parton, Dierks Bentley, and Vince Gill - all of whom have guested on the group’s albums.

Banjo player Kristin Scott Benson is a relative newcomer, having joined the band in 2008. She’s an unbelievably skilled and accomplished player, having recently won the Steve Martin Prize for Excellence in Banjo and Bluegrass. It’s an honor that awarded her a $50,000 cash prize as well as sculpture and, of course, the esteemed title. 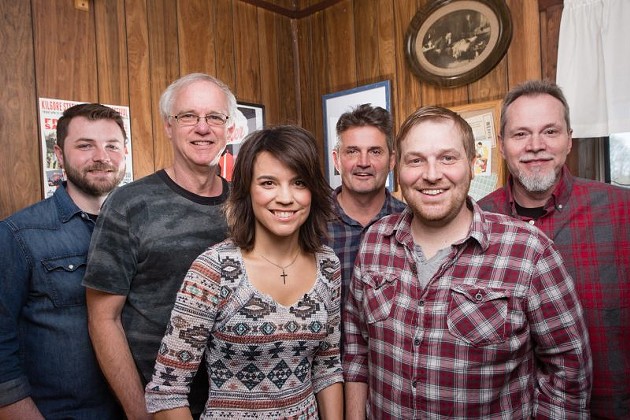 The prize was perhaps some newly-added icing on an already well-iced cake for Benson - who’s made a career for herself playing with the Grascals and in other groups around Nashville. The South Carolina native says that the turning point for the group - who plays Randy Woods’ Pickin’ Parlor in Bloomingdale on November 3 - can be traced back to Dolly Parton’s endorsement and involvement, which came prior to her joining.

“I don’t think they necessarily knew how serious they would be about [the band] until Dolly Parton heard them recording and offered them the chance to be her bluegrass band,” she says. “Once that happened, it became a serious thing for all of them. When that ended, they had some legs to get started on their own. I think they would really attribute a lot of the magnificent start that they had to her.”

When she joined in 2008, Benson says she knew that their previous banjo player was leaving. She’d become a fan of the band and had a mutual friend who became the link between her and her soon-to-be Grascals bandmates.

“We had a mutual friend in Sonny Osborne, because [The Grascals’] Terry Smith and Terry Eldredge had played for the Osborne brothers for many years, and I was a big fan of that band and of Sonny’s banjo playing. He and I knew each other really well, so he put in a good word for me,” she explains.

Benson began playing music as a child, having grown up listening to bluegrass. She’d played mandolin as a kid, but got a banjo at the age of 13 and started getting serious. 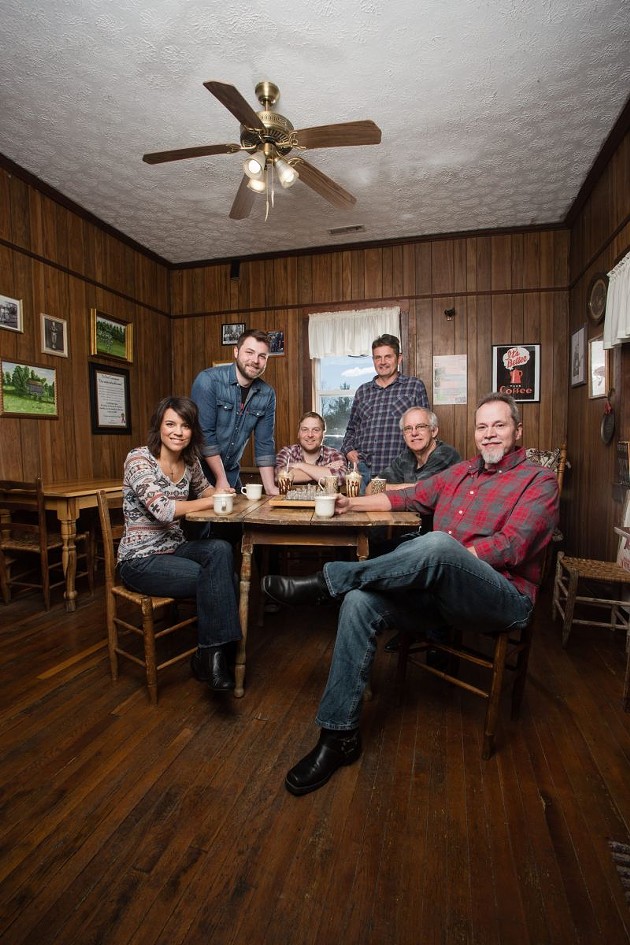 “I joined my first band a couple of years later, it was a local gospel band,” she says. “Then I decided to go to college in Nashville just to be near the music. I ended up getting a job with the Larry Stephenson band in my sophomore year of college. We were playing at least 80 or 90 shows a year at that point, so that’s what springboarded me towards maybe thinking I could do this for more than a hobby.”

Benson says that her love of bluegrass music is trumped only by her love of the banjo, which is an instrument that dates hundreds of years and can be traced to African music. It’s a uniquely challenging instrument that is not really comparable to any other kind of stringed instrument, and that fact is something that fuels Benson’s love affair.

“It’s very percussive,” she says. “It’s responsible within a bluegrass context for the momentum that you hear in a bluegrass band. I love the banjo for all the things it can do. It’s not just a bluegrass instrument. It tends to attract more analytical, left brain personalities because it’s really a series of puzzles. When you put the rolls together, you take this leap of faith that if you play this sequence of strings it’s going to create something musical. Because when you play the notes isolated, they don’t necessarily do that. So it was highly addictive when I started playing it.”

Over the course of the past few decades, a number of artists have taken the traditions of the bluegrass genre and twisted them - infusing progressive songwriting elements, tackling songs from outside genres, and reimagining what a band can do with bluegrass instrumentation. New Grass Revival, Bela Fleck & the Flecktones, Nickel Creek, and the Punch Brothers all come to mind, but the Grascals live in that world as well.

They’ve successfully expanded and evolved the genre, recording pop songs and venturing outside the standard bluegrass song structure. A shining example of this is their cover of The Monkees’ “Last Train to Clarksville,” which is so well done that you forget it was a 60s pop song.

“I think one of the reasons that the guys have always been open to doing that goes back to the lineage of the Osborne Brothers. In the 60s and 70s, they were on the forefront of mainstream music. They were one of the very first bluegrass bands to have mass appeal, and they did all kind of experimental things,” she explains.

After nearly 15 years, The Grascals show no signs of stopping. They’re still a force to be reckoned with, and their individual accomplishments are just as notable as the things they’ve accomplished together on a musical level. Winning the Steve Martin Prize was an accomplishment that Benson says was truly special for her.

“It’s one of the few things that have happened that I’ve really had trouble finding words [to describe],” she says. “What can you really say when someone does something like that for you? There really aren’t words.”

Benson says she “can’t believe” that the prize allows people to “get awarded to do something that you love this much.”

“This music is such a passion for me,” she says. “I have to do it. I couldn’t stand not to do it. So, to get awarded for something that you’re involuntarily involved in because you love it so much is just beyond amazing.”