FROM time to time I receive email from readers who are displeased with something I’ve written. Most are completely cordial in describing their objections.

On the other hand, during the almost seven (yes, seven!) years I’ve been writing The News Cycle, parking is the only issue that’s compelled people to confront me in person.

I really didn’t want to write another column about parking. Yet here I am again. 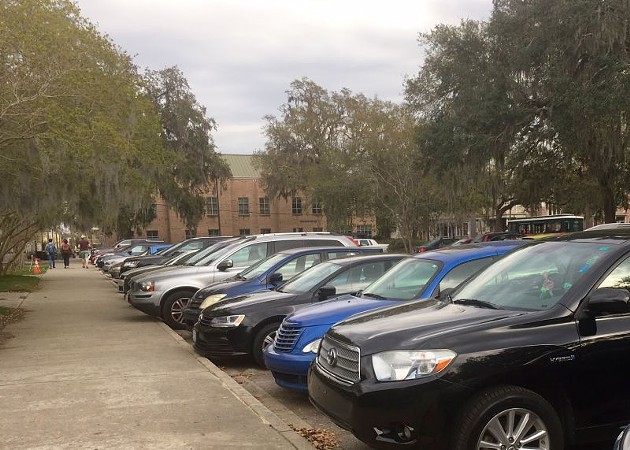 From the Starland Village project to the proposal to charge for parking spaces at Forsyth Park to messages from people I haven’t seen in decades, I can’t escape from complaints about parking.

A friend from college contacted me out of the blue to gather intelligence in advance of his St. Patrick’s Day visit and, naturally, his primary concern was finding a place to park.

As I have written before, many of our most treasured places and traditions — including Forsyth Park and the St. Patrick’s Day celebration itself — would be dead on arrival if they were proposed today. Why? Not enough parking.

At the City Council Work Session on March 3, Susan Broker, director of the City’s Office of Special Events, Film and Tourism, presented a plan for paid parking at Forsyth Park in the two lots and on Park Avenue. After the cost of installing the automated pay stations and other expenses are recouped, she said, revenue from parking fees would be put toward “much needed improvements” in the park, including “more robust litter control” and additional security.

Further out on the timeline, she suggested the parking fees could fund construction of restrooms at the south end of the park. She noted that cars are left in the Drayton Street lot for days at a time and that use of the lot for long-term parking has become an issue in the City’s attempt to find a new tenant to operate the café.

In a 2003 article published by the University of California Transportation Center and the University of California Center on Economic Competitiveness, authors Donald Shoup (the nation’s leading authority on parking) and Douglas Kolozsvari concluded, “The additional public spending makes the area safer, cleaner, and more attractive for both customers and businesses. These public improvements have increased private investment, property values, and sales tax revenues. Old Pasadena has pulled itself up by its parking meters.”

Philadelphia’s WHYY-FM, known to public radio listeners as the home of “Fresh Air” with Terry Gross, profiled the Pasadena district along with similar arrangements in Portland and Pittsburgh in a 2016 segment called “Ideas Worth Stealing.” In other words, Parking Benefit Districts are a model more cities should adopt.

How do Savannahians greet successful programs that are popular in other communities? We lose our minds, of course.

Check out the comments on media coverage of the proposal. Many have identified the plan as a money grab or an evil scheme devised to make life miserable for residents. Or both.

Some are even pining for the good old days before Rob Hernandez took the helm as city manager, which is pretty hilarious given the ceaseless energy Savannahians devoted to complaining about the previous two city managers.

I get it. No one likes to pay for parking, especially when money’s tight.

But we often ignore the fact that Savannah, like almost every city in America, has spent a century and mountains of money making it easier, quicker, and cheaper for us to drive. Irreplaceable historic and natural resources have been destroyed in the process of widening streets and building parking lots and garages.

Today the burden of our privilege is borne by our fellow citizens who do not drive. They are the people who endure the daily indignity of walking in the weeds along the majority of Savannah streets that do not have sidewalks because they were deemed unnecessary or too expensive. They are the people who must travel by bicycle on streets that are dangerous to them because they were designed to maximize speed and throughput of motor vehicles.

If that isn’t bad enough, those of us who drive can easily scuttle any effort to make streets safer for them, if it involves removal of even a few parking spaces to make room for a sidewalk or bike lane.

With so much stacked in our favor, we still want more, including the continued “right” to store our personal vehicles on public property. At one of the most popular destinations in the city. For as long as we want. For free.