The Gunts Wanna Be Her 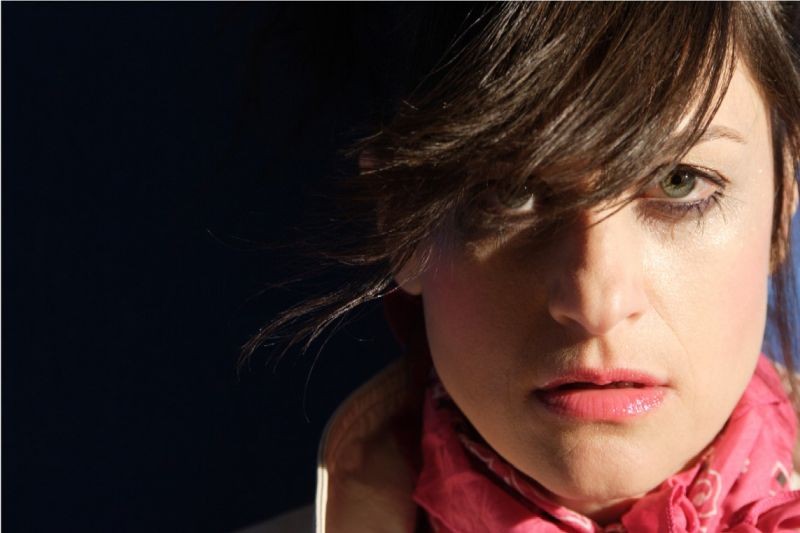 ALL summer long, Savannahians can turn up the heat with House of Gunt. Thanks to a fresh partnership with Club One, the Savannah drag collective will celebrate Garbage, Uniqueness, Nerve, and Talons every second Thursday of the month at the downtown club.

“[Club One] has the stage, the spotlight, and the space,” explains Gunt co-founder Maxine Fishpaw. “It’s helpful because it’s more of a queer safer space, and this is an idea we’ve been throwing around for a while. It’s a good way to experiment with other ideas we’ve had and add outside entertainers.”

This week, Gunt members and guests will honor a queer icon: the artist Peaches.

“No one’s ever going to do Peaches,” says Fishpaw. “She’s been so important to anything involving gender identity and music.”

Peaches has been braiding desire, subversion, and grimy dance beats together since 1995. Her imagery and brazenness certainly had an influence on the early conception of House of Gunt.

A musician and performing artist, Peaches harpoons the cis male gaze, champions queer sex and body hair, and injects politics and avant-garde visuals into her sound with a tough-as-nails attitude and plenty of humor.

In 2017, she still manages to shock and delight with her albums, live performances, and music videos. In addition to her sound and style, Peaches’ commitment to her artistry and expression is respected by many performers and artists.

“She was dropped from her label for the video for ‘Set It Off,’” Fishpaw points out. “In the video, her armpit and pubic hair would just grow and grow and grow. That’s totally up our alley!”

Peaches—born Merrill Beth Nisker—first played music in Mermaid Café, a folk trio from her native Ontario in the 1990s. Her sound took a different direction when she formed a rock ‘n’ roll band, The Shit, in 1995; she debuted a solo album, Fancypants Hoodlum, that year under the name Merrill Nisker. That record featured dance rhythms with an experimental lo-fi rock sound.

With her entirely self-penned and self-produced sophomore album, The Teaches of Peaches, released in 2000, Peaches was born in all her electroclash, raw feminist glory. She chose her new moniker from the Nina Simone song “Four Women,” which Simone closes by singing, “What do they call me? My name is Peaches!”

The Teaches of Peaches opener “Fuck the Pain Away” would become the artist’s signature song and is considered one of the greatest slutwave anthems of all time. 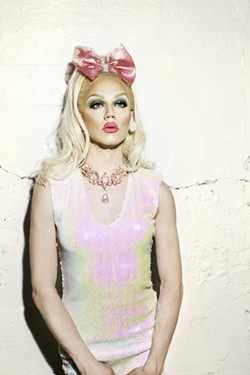 Peaches followed her success with 2003’s Fatherfucker (the lead single, “Kick It,” was a collaboration with iconic rock provocateur Iggy Pop), and in 2006, she created one of the most unforgettable album titles of all time: Impeach My Bush. On that seminal album, the underground star welcomed guest musicians like Joan Jett, Beth Ditto, longtime collaborator and former roommate Feist, Josh Homme of Queens of the Stone Age, and more.

“When she was releasing those major albums during the Bush presidency, she was just a powerful figure in the community,” Fishpaw says with admiration. “She was always shocking, and it was all very simple, the way it was concepted.”

Since 2009, the multitalented Peaches has starred in films, collaborated with artists ranging from Christina Aguilera to R.E.M., staged a one-woman version of the musical Jesus Christ Superstar, been highlighted in the concert film Peaches Does Herself, collaborated on a book of photographs, and much, much more. Her most recent studio album, RUB, arrived in 2015.

The House of Gunt’s own Influenza Mueller, Lazanya Ontre, Edna Allan Hoe, and Toyota Mitsubishi will perform at “GUNT: Peaches Edition.” Special guests include Club One Cabaret’s Jordan Sophia Alexander and Atlanta’s Brigitte Bidet. Bidet has been working with House of Gunt since the troupe’s early days, performing at the “Legendary Children” show at Dollhouse Productions and “Platonic Friends” at Hang Fire with RuPaul’s Drag Race alums Dax Exclamationpoint and Violet Chachki. Back home in Atlanta, Bidet hosts “Tossed Salad,” a show that features new performers each week, at Burkhart’s Pub.

Fishpaw is excited that Thursday’s performers are selecting a wide range of Peaches tracks for their performances.

“We don’t like to try and pigeonhole anyone into doing anything,” Fishpaw explains. “A lot of people latched onto the newer and more obscure stuff. It’s good for the audience to get a couple classics, and there are a few songs from the latest album.”

Tracks like “Hanky Code” are a perfect fit for the show.

After the show, guests can hit the dance floor and keep the high energy going. The House has big plans for their Club One residency, so stay tuned for show announcements in the coming months.

“This show is inspired by one of, I think, the most underrated gender benders of all time,” says Fishpaw. “She’s still working and doing it in the underground side of it more than the mainstream. It’s really a perfect marriage, a dream, for House of Gunt.”

Speaking of House Of Gunt , Club One