The Holy Grail of musical comedy

UNDAUNTED by French taunters? Unflinching in the wake of a flesh wound? Undeterred by an evening jam-packed with the silliest of silly songs?

Step forward, noble knight. You have proven worthy of a seat in the crowd at Savannah Children’s Theatre’s production of the hit musical farce Spamalot.

Channeling all the absurdity of its source, the 1975 classic film Monty Python and the Holy Grail, Spamalot has enough slapstick, ‘Who’s on First?’-style playfulness, and screwball songs to be enjoyed by any folks aged 13-130.

Perhaps you (gasp) haven’t seen Holy Grail, the most famous artifact of legendary comedy troupe Monty Python’s cinematic legacy (fix that ASAP and be blessed with a slew of new movie quotes to throw out at random). Perhaps your nostrils flare in disgust at the suggestion of a healthy serving of Spam.

Fear not, for it’s time to gather round for a wild ride through Medieval English “history” and legend as adapted by comedic genius Eric Idle, with music by Idle, John Du Pre, and Neil Innes.

Intrepid leader King Arthur and his servant, the coconut-clopping Patsy, are on a mission to gather Knights of the Round Table to join Arthur in Camelot.

But a chance encounter with a simple peasant named Dennis Galahad changes everything.

Political radical though he may be, Galahad has been gifted Excalibur, a sword to only be bestowed upon the person fit to rule over England, by the mythical Lady of the Lake.

Upon their arrival in Camelot, the merry band of misfits is issued a mission from God himself: find the Holy Grail.

“I got into it late in life,” he explains. “I’ve really enjoyed it; each [show] is a new adventure.”

Bass’s role as the narcissistic Galahad will be his biggest yet. As a lifelong Monty Python enthusiast, it feels quite appropriate for Spamalot to be his “breakout” moment.

“I’ve been a Monty Python fan a long, long time,” he says with a smile. “Since I was in my teens, I think! I even probably snuck watching it when I was 9 or 10.” 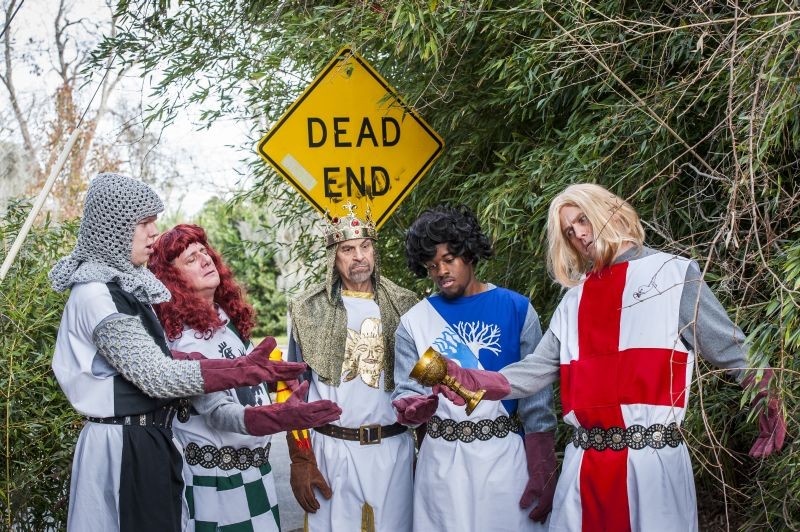 Though inspired by the film and comedic stylings he adored as a child, Bass is trying to bring his own flavor to the character of Galahad.

“For my own character, I’m trying not to do as much of the Monty Python aspect and more of a stage presence, but still trying to keep that humor and timing that comedy has to have,” he explains. “It’s an exciting thing.”

“I barely knew any [of the cast], I wasn’t sure of the environment, but I stepped into a regular casting call, and I’m really loving it,” he says.

He may not have been familiar with the Children’s Theatre community, but Castillo was certainly acquainted with the source material.

“Oh my god, I love Monty Python!” he gushes. “I’m also a film student, so I love Life of Brian, and I love this adaptation so much, too.”

Castillo hints that his character’s arch varies from the Lancelot of the Holy Grail film; while he doesn’t want to reveal any spoilers, he divulges that, “it’s a very, very fun character to play.”

“It’s always fun to have people at SCAD come over,” says Savannah Children’s Theatre Creative Dramatics II Director Laura Keena Wild, who will also star as The Lady of the Lake. “It brings a totally different element to our program to have another person who’s working to be a professional in the field.” 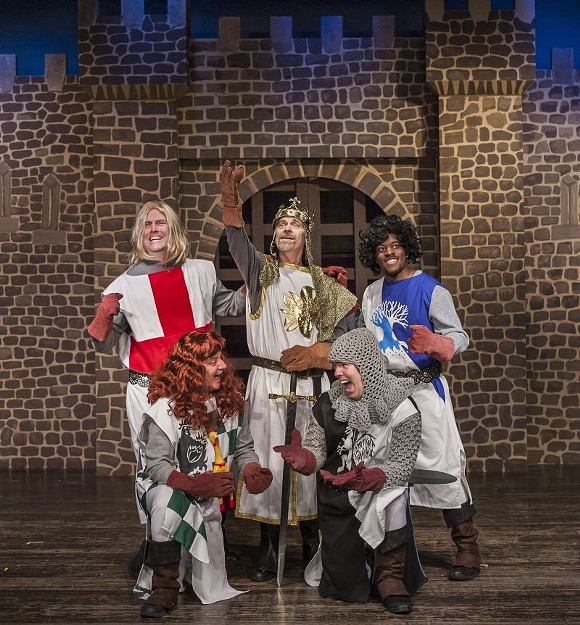 “I love the character, I love everybody in the cast—they’re great,” Holsey praises.

While he may not have been under the spotlight, the Savannah native is no stranger to the Children’s Theatre, as his older sister and younger brother have been involved with the organization for some time. He’s enjoying getting to perform alongside them for the first time through Spamalot.

“The highlight for me is hanging out with family and friends while I’m here,” he affirms.

From rousing numbers like “The Song That Goes Like This” to Python classic “Always Look on the Bright Side of Life,” there’s plenty of merriment for the whole (aged 13+) family.

“Spamalot is just full of fun, excitement, and mystery,” says Holcey. “You really just have to see it for yourself.”

“Be ready to laugh, be ready for a lot of irreverent humor, and just really be ready to enjoy yourself and see something you might not expect,” advises Bass.

Perhaps the most rewarding aspect of taking in a Spamalot performance will be seeing the wonderful ways in which the Children’s Theatre invigorates and inspires the youth of Savannah.

“I support everything they do,” Bass says warmly.

“They’re a great hinge to have in this community, and great for children who are coming in and may be socially awkward. But they come into this environment and blossom. And having been there since 2010, I’ve seen kids go from the shyest things in the world to coming out and growing. It’s a really great place.” 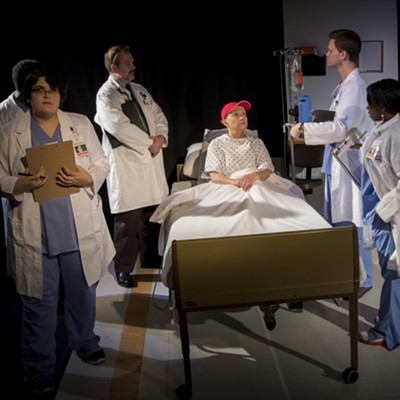