The House of Gunt counts its blessings

The House of gunt presents: #2BLESSED

The comparisons between the community and solace found in bars and churches are as old as time. Familiar as they are, the clichés and barstool sermons of old go right out the window when you bring in a performance collective like House of Gunt, which thrives on merging high and lowbrow art while maintaining an edge and unapologetically asking serious questions about identity, body politics, sexuality, and more.

As a queer performance group in the Bible Belt, there’s so much to challenge and explore; the Gunts will do just that at #2BLESSED, the second annual religion-themed show to take place at The Jinx.

“The Jinx is its own church,” observes Max Arnzen, a co-founder of House of Gunt who performs as Influenza Mueller. “Obviously, the people that go there are of one faith—you have Reverend Gil [Cruz, bartender and booker], and it’s undeniably essential to Savannah nightlife.”

Though he didn’t grow up in the South, Arnzen is fascinated by the way Christianity is engrained in Southern culture.

“It has a real deeper meaning here,” he says. “In my neighborhood, there’s a church on every block. I know a lot of these artists are going to take that into account, especially down here, which is part of the reason I wanted to use that as a theme.” 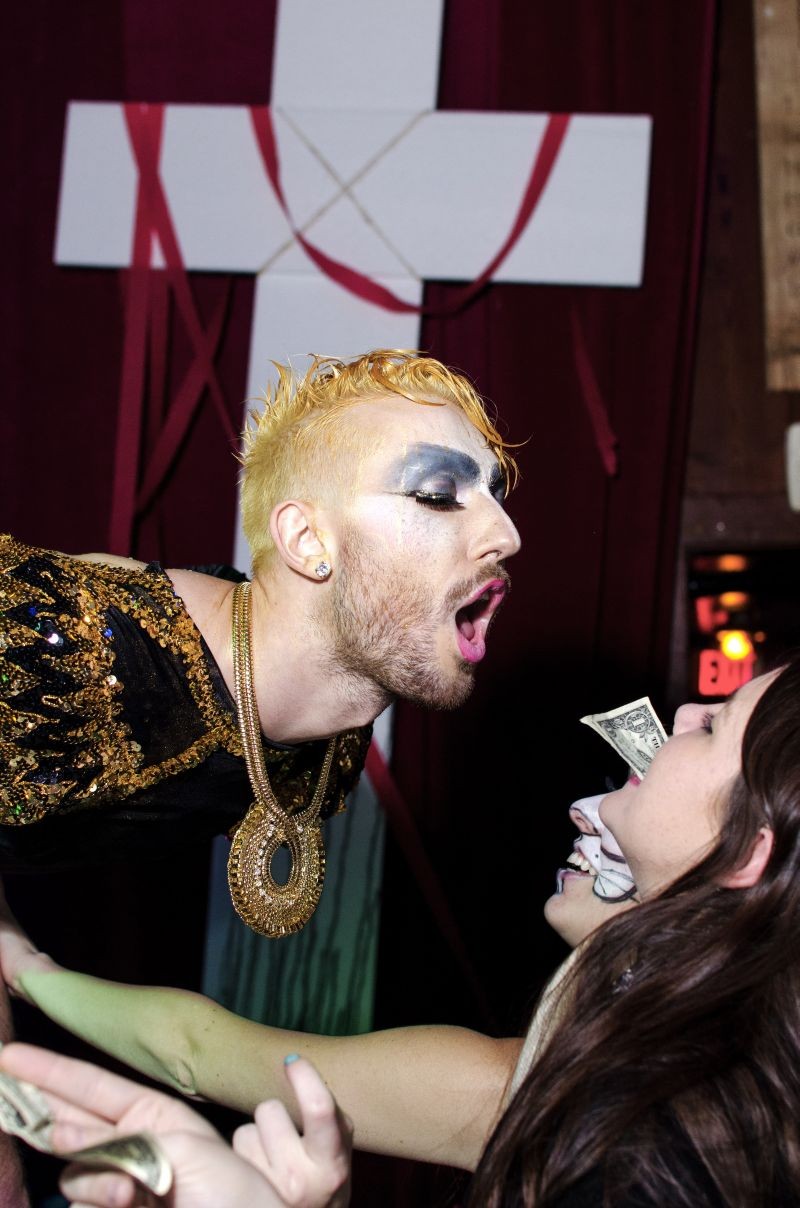 “There is a connection to that Bible Belt idea, and this is that type of church, that type of congregation, for kids who don’t have that kind of outlet,” Arnzen explains. “I think that’s why the theme is really important: religion for some people can be food, or shopping, or drugs, and all these different ideas.”

The hashtag in the event’s name is crucial, as well; House of Gunt has always exhibited influences from Internet culture, and, in Arnzen’s eyes, the hashtag has become a kind of digital congregation in the social media age.

“Anywhere you are, you can always hashtag whatever it is you see and see 3,000 posts from all over the world,” he says. “It’s a unique way for people to be like, ‘If I like kitties, I can hashtag ‘kitties’ and not be alone.’ And it’s funny: in religion, you’re supposed to talk to God and have this relationship with God, and I think people are doing that every single day with actual, real people across the world. You don’t have to be in your bedroom necessarily. But when you grow up in a smaller town and you don’t have other people to connect with, you have the hashtag to guide you where you want to go and find other people like you.”

In its short existence, House of Gunt has become a living, breathing hashtag of its own, electrifying Savannah’s nightlife and queer culture. In a time in which “out” gay bars are few and far between round these parts, the traveling Gunt show has become a beacon for queer expression and community. 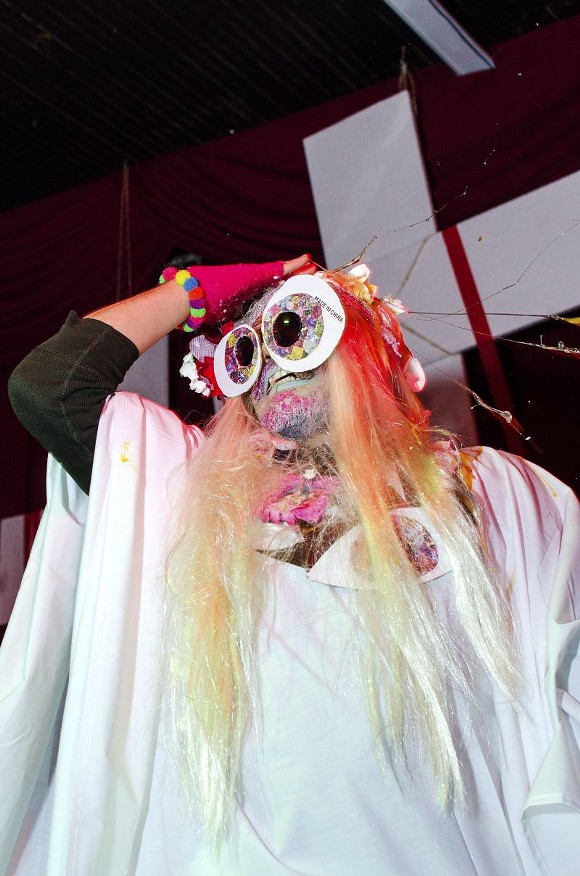 House of Gunt is also dedicated to shaking up gay bar culture and challenging misogyny within the gay and drag community.

“In a lot of drag, you have this atrocious MC who comes out and makes fun of women and lesbians,” Arnzen points out. “You have this really vile host who is biting and people think they’re witty, but really, they’re misogynistic gay people. That’s not fun. One of our goals is to challenge misogyny among gay people. We should be injecting that feminism where it should be. I feel like we’d be white noise in a larger city in a sense, but I feel like that’s not the issue. We’re here right now, and in the South, you do feel like you’re on the front lines representing queer people and trying to do it in the correct way.”

By rotating venues, Arnzen’s found that a community has bubbled up around Gunt performances.

“It brought so many people out of the woodwork,” he says in awe.

Alongside events like queer dance night Candyland and Cape Fear, House of Gunt is vital in creating safe spaces for folks of varying gender expressions, but there is still a lot of work to do.

“For really queer people who may be expressing a different type of gender identity than what other people may think their gender role is, I still don’t think [Savannah]’s that safe,” Arnzen says.

“People are getting misgendered all the time, they’re still getting misrepresented. No matter how successful or amazing any of our shows are, they still represent a time and a place where you can be with other people, and for at least three and a half hours, it’s a safer space. And that goes down to the people that run the bar, own the bar, and how they react to how certain individuals are treated.” 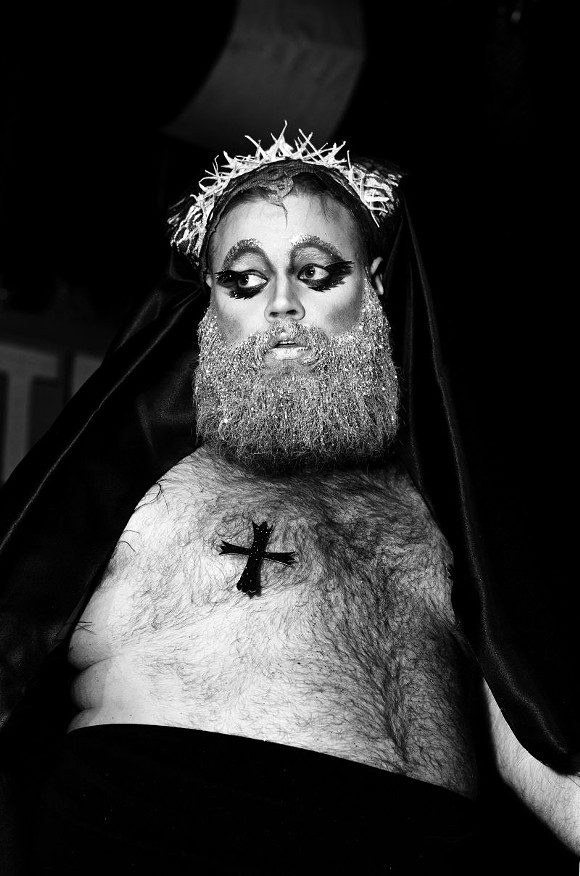 2015 was a huge year for House of Gunt studded with successful shows around the Southeast, including a banner performance during Art Basel Miami Beach. The paramount weekend, which showcases a vast spread of modern and contemporary art to international curators, directors and collectors, has spawned into a beast of a week with countless satellite shows and underground exhibitions.

“Basel’s great because it brings people from all over the world to that one spot,” says Arnzen. “They have their Miami convention thing for the rich people, but everything else in Miami is open to show art.”

House of Gunt was invited to join a hotel exhibition in which an array of collectives each took over a room of their own. Blending their signature highbrow and lowbrow style with a wink and a nudge, the Gunties spent every day crafting a tabloid inspired by their performers’ personalities, complete with beauty, arts, culture, and food sections.

“The first day, we were magazine editorial staff,” says Arnzen. “We actually hired unpaid interns and had people who unionized against us! I think people liked it a lot because it was a little anti-serious; it became a lighthearted experience, but people actually took it seriously, too.”

With Basel and a gig styling wigs for SCAD Museum of Art’s Vivienne Westwood exhibition, Arnzen says House of Gunt is reshaping its definition: when one thinks of Gunt, think beyond drag.

“‘House’ is a term meant for fashion, for drag,” says Arnzen. “This is a group of people that, wherever they form, that’s where the house is. That’s where the roof is made.”