For more information on the Savannah Brewer's League, please check out their website: 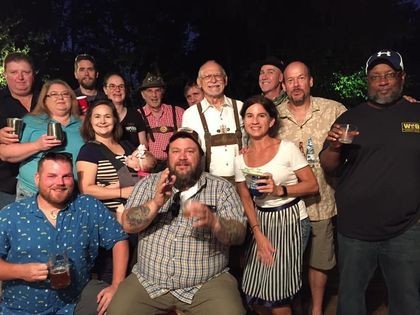 JEREMY BUDDMEIER HAS been brewing beer for almost 20 years, but only seriously the last four. That’s when he moved to Georgia and became a member of the Savannah Brewer’s League, a local club devoted to all aspects of home brewing.

Through the organization, he found support for his hobby.

“The club has a wealth of experience,” Buddmeier said. “You can ask questions to the members. There is lots that can be found on brewer’s forums online, but this is a little personalized.”

It all started for Buddmeier when he moved in with a friend in San Francisco. Someone had left their homebrew kit and he took it down to a local shop to learn more about the process. After his first batch, he said he was hooked.

Buddmeier moved to Hawaii and then Germany. The quantity of wonderful German beer made him a little less apt to brew his own. Eventually, he moved to Savannah with his job, and decided to get a little more technical with his brewing, moving from using grains and a pre-made extract to doing an all-grain brew.

“It’s like the difference of making everything from scratch for spaghetti or getting stuff from a jar or a can for your sauce,” Buddmeier said.

He also entered competitions to get feedback to improve the taste and quality. Along the way, he found his beer winning prizes. In 2019, he won 33 medals for his batches and became Competitor of the Year for the club. He recently won a competition held with Service Brewery, a veteran-owned and operated craft brewery in Savannah.

The grand prize allowed Buddmeier to create a small batch of his award-winner and his Czech Dark Lager will be on the menu at Service Brewery toward the end of the month.

“The Czech word for dark is tmavé. My beer is called, “Call Me Tmavé. It’s malty and toasty, but clean like a lager,” Buddmeier said.

When the pandemic hit and areas started closing, Buddmeier found himself accidentally in the perfect position for his home craft.

He said, “It was the best pandemic preparation you could do. A homebrew store was going out of business and I bought 300 pounds of grain. I basically bought a year’s worth of ingredients from him. I had no idea the pandemic was coming.”

He was able to trade his batches of beer with friends for hard to find items like eggs and homemade baked goods, making the time he spent teleworking since March a little more interesting.

Buddmeier said the biggest gift has been learning and excelling at beer making. 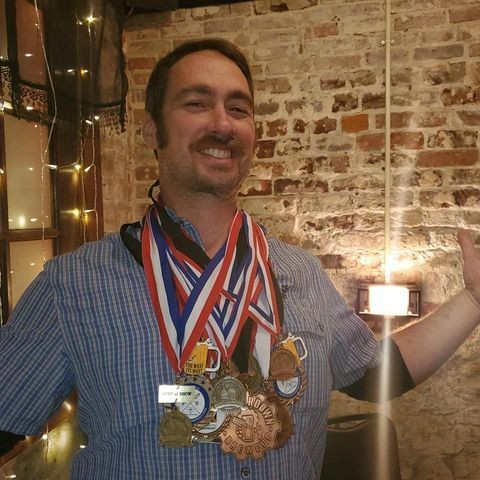 Jeremy Buddemeier with his 29 medals for competing in regional beer competitions (December 2019).

“It’s the process of doing it, of learning new things and trying to perfect it. That’s what I enjoy.”

T.J. Cline got his start with home brewing through his father-in-law. The family bought a kit for a Christmas and made it together, getting T.J. interested in finding more information.

“After I brewed with him, I wanted to know more about it,” Cline said. “It seemed easy and I could do it from home.”

Cline said he found the Savannah Brewer’s League from a coworker who was also a member. Seven years later, he’s now the League’s president, stepping into the role in March as the country shuttered for the pandemic.

“Because I was the secretary, I knew a lot about the club anyway,” Cline said. “It wasn’t a huge change to become president, but it was more responsibility.”

He immediately had to research on how the membership of the Brewer’s League could move forward. Cline he was thankful to discover that the American Homebrewers Association had put out guidelines for dealing with the pandemic and the club moved their monthly meetings online.

The 59 members of the Savannah club are from all over the area – Savannah, Bluffton, Guyton and even Midway.

Cline said the League has worked hard to keep the club vibrant and involved while everyone isn’t able to meet in person.

“Home brewing is a hobby that can make things better. It’s always good to craft things by hand.”

If anyone is interested in getting started as a home brewer, Cline suggested searching out the huge home brewing online community, including the Savannah Brewer’s League Facebook, Instagram and website. There is now a new local homebrew store for supplies – a League member opened a small spot inside of the Coastal Empire Beer Company.

A veteran of home brewing, Chris Stovall has created beer for 25 years. He’s a certified beer judge, filling the need for education and critique within the Savannah Brewer’s League and beyond. He’s also never neglected his own craft, making all 137 different styles of beer that are in the guidelines and experimenting with new types that are trending. 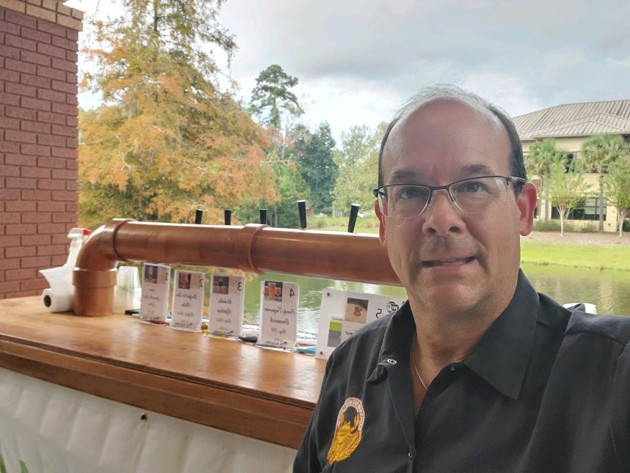 “I try to always have varieties,” he said. “Recently I brewed a limoncello hard seltzer for our competition.”

An engineer by trade, Stovall’s office closed down for a while during the pandemic, allowing him extra time at home. Though he doesn’t brew as much as when he was competing, he still makes batches six to seven times a year.

Stovall said he thinks it’s easy for anyone to get started in a cost effective manner.

“You keep it simple,” he said. “It’s very easy to get into brewing. Extract beers are very simple. It doesn’t take a lot to get into it.”

He’s kept his expenses low over the years, only spending about $40 on equipment to make more than 250 batches of beer. A few items were gifted to him, but he believes that it’s very possible to reuse common items to substitute for expensive equipment. 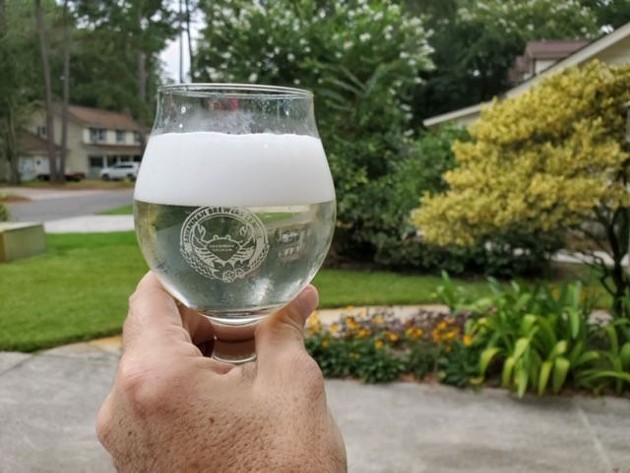 Stovall said he sees sustainability as a trend in all of home brewing. He’s worked on developing a club-sponsored competition using reclaimed water.

Stovall summed up why he enjoys home brewing so much.

“It’s the thrill of making something,” he said. “A couple of weeks later you have a drink that’s as good as what you can buy in a bar. It’s a great self-gratification device.”