The Last Five Years will break your heart 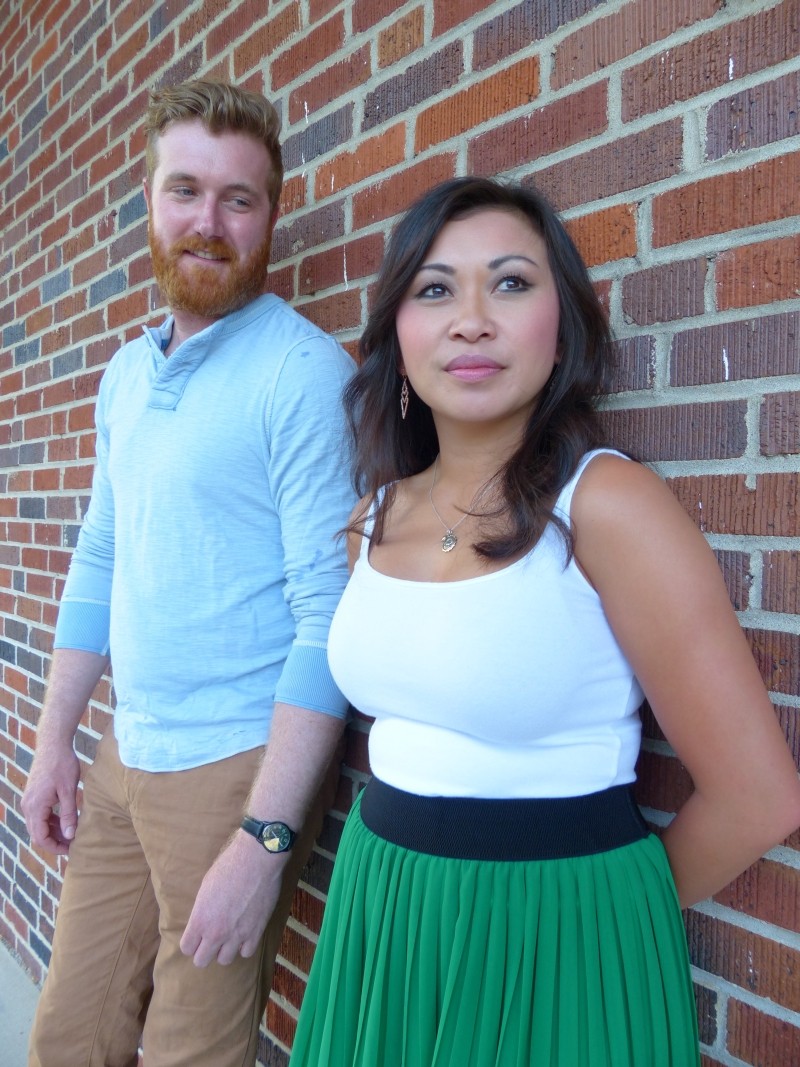 IF you've ever been in painful, no-end-in-sight love, go see The Last Five Years.

If you’ve ever wanted to see a loving, creative community at work, go see The Last Five Years.

Presented by No Day But Today Productions (founded by stars from several Savannah troupes), Jason Robert Brown’s 2002 musical is sure to be an emotional journey, chronicling the many thrills, pains, and complications of a marriage.

Through the nontraditionally structured play, Cathy tells her story backwards, while Jamie tells his story chronologically. The two only share the stage during the middle of the show, at their wedding.

“Some will start like, ‘oh, her? She was such an asshole!’ And then they start working backward, and they get to the point of ‘oh, she’s so beautiful!’ Likewise, there are some people who say, ‘it was the greatest thing in the world, and yeah, things went bad.’ Somebody remembers it forward, and someone remembers it backwards.”

An unflinchingly realistic portrayal of modern romance, Rand points out that the story will be familiar to many.

“The characters aren’t necessarily gender-specific or orientation-specific,” she says, “because I think that anybody who comes to see the show will be able to relate to one [character] or the other in how they are during different stages of romance: the lust, the excitement, the promises, and the moments of calm, and the moments taken for granted.”

“That’s what drew me to it the first time I heard it,” Finn agrees. “It’s very much about real people—neither one of the characters is perfect, they’re both kind of flawed and normal, everyday human beings.”

“He’s the machismo kind of guy, very sure of himself, very confident,” Finn says of Jamie. “That’s not how I would describe myself in any way! It’s cool to explore that part of a personality. Also, he’s someone who really does have affection, really does care for Cathy, and really does love her. I think he kind of learns near the end of the play exactly what it is he needs in a relationship: he needs someone to love him, needs adoration to make himself happy.”

“Dan has such a natural way of acting, and his voice was right there from the beginning,” praises Rand.

Arango says that the story’s underlying theme—success, and the resentment that comes out of it—may resonate with folks who have felt that kind of strain in a relationship.

“He’s a young rising novelist/writer/author, and she’s a struggling actress,” Arango explains. “His career’s taking off, and she’s struggling...and there was a point at both of their lives where they thought they could take on the world.”

With songs written in a pop/jazz/rock style, Rand advises The Last Five Years’ visceral nature will appeal to a variety of audiences—even folks who have preconceived notions of the nature of musical theatre.

“A lot of times, you can capture more about emotions of the moment through music and lyrics than you can in straight prose,” she points out. “Rather than finding a way to analyze the moment, it’s more about getting the emotion of the moment out through a choice of words that are intense. I think it is a rather intense telling of the story, because it just really highlights the things that have to get out.”

“You’re going from one high to an extreme low,” she explains. “So it’s two extremes that you have to make sure you’re portraying correctly. It’s basically a he-said, she-said scenario. You have to really listen to what’s going on.”

This is Muse Art Warehouse’s fifth summer, making The Last Five Years a particularly special experience for Rand, who founded the creative space with husband Mark in 2010. Plus, the production reunites a talented group of close friends.

“The whole group of us, we all did Rent together at Bay Street Theatre,” says Finn.

“There’s a bond that we made a couple years ago when we worked on that production, and I think that has continued over the last few years,” Rand says. “We’re very supportive of each other in our individual projects.”

“They’re my theatre family, and my friend family here in Savannah,” he says. “It’s great to share this with people that I really care about, in a show that I really enjoy, too.”

While the story can certainly be painful, Rand points out that the production’s strength is the way it laces song, tragedy, and hilarity to make the story come alive.

“There’s this comedy and this tragedy, sadness and everything,” she says, “but those are not the things you remember. There’s so much more going on in a relationship, and I think that this show includes that.”

“I saw an awesome tagline another production used: ‘fall in love with a story that will break your heart,” recalls Arango. “It’s so true! The music is phenomenal. It’s just very, very emotionally powerful.”