The booking entity founded by Cray Bags’ Joshua Sterno and Daniel Brady Lynch, which has hosted 40-odd shows and festivals in the past couple of years, will use Weekendmania as its last bash before Lynch moves away from Savannah.

The final hurrah features a range of punk and aggressive bands from the Southeast; some, like headliner Muuy Biien, are returning favorites, while there are many more on the lineup that have never played Savannah before.

“The Southeast punk and aggressive music scene is very tight-knit,” Sterno says. “I know a lot of people and a lot of people are creating new bands constantly, so I try to scoop up cool bands I like.” 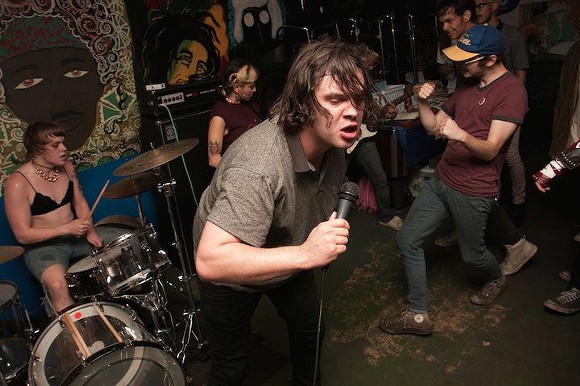 The fest also marks one of the last local shows from local punk band Cray Bags for some time. Though Lynch is moving, the project will continue in a capacity that has yet to be determined.

Sterno and the brothers Lynch—Daniel drums in Cray Bags, Derek plays guitar—go back around 12 or 13 years, Sterno estimates. He and Daniel were making music as teenagers in Effingham, where they were surrounded by a surprising number of bands.

“It was fun, something to do,” Sterno remembers. “It was just fun to grow up a part of that, playing in dumb churches and skateboarding, all that junk.”

His and Daniel’s first endeavor, a Southern metalcore project called Chevy Chase Stabbed the King, was “terrible,” Sterno laughs, “but it worked.”

They started the band Kings after that, playing music that is hard for Sterno to describe but, he attests, was “weird and fun.” 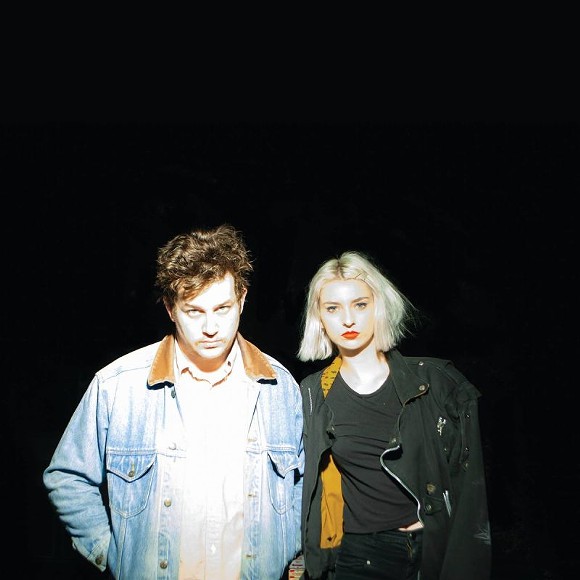 After that project came hardcore/punk project Indian Giver featuring Sterno on vocals, Derek on guitar, John Edwards on drums, and Chase Rudeseal on bass; that project morphed into Crazy Bag Lady, adding Daniel on drums and, when Rudeseal was recruited to play bass in Kylesa, Zak Barnum on bass. The band would be re-christened Cray Bags in 2016.

Out of all their projects, Cray Bags has lasted the longest at five solid years.

What made it stick?

“Us enjoying what we were doing more and just not caring about other stuff or trying to come up with a certain sound like we were before,” Sterno says. “We weren’t even meant to be a punk band—it just happened that way.”

“Daniel is a genius when it comes to writing,” says Sterno (currently, Daniel’s creating work as Sunglow, Bodyplex, The Lipschitz, Daniel Brady Lynch, and Cray Bags). 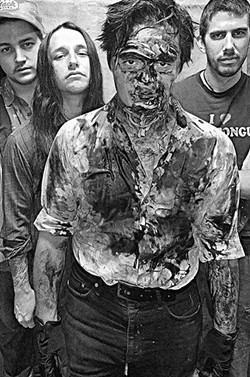 The early songs, most of them clocking in just under two minutes, were furious yet infectious, rough with pop-contagious choruses. Retro Futurist Records, founded by members of Kylesa, took note and recorded Cray Bags’ debut, Hunks, at Jam Room Recording Studios in Columbia with Kylesa’s Phillip Cope, releasing the LP in 2015.

But Cray Bags goes beyond the recordings—the real kicker is the live experience. The early shows were lightning in a bottle, with Sterno swinging from rafters and strangling himself with XLR cables while Barnum shook his headful of dreads, Derek tore into his fretboard with angular, jarring leads, and Daniel kept intense rhythm while singing backup.

Lots of local bands implement limits on hometown bookings, maybe only playing out once or twice a month—not Cray Bags. The band played everywhere—house shows, Hang Fire, The Jinx, Graveface—all the time. The fact that each show was completely different kept audiences coming back every time, attending multiple shows in just one week.

2016’s Beauty Love showed a scuzzier side of the band, bristling and fuzzed out. Recorded by Daniel, it was the opposite of Hunks’ cleaner production.

Daniel will move to Chicago this summer; despite the distance, he still wants to continue the project.

Gino and the Goons

“It would be hard to replace Daniel,” Sterno says of his old friend. “He’s a fantastic drummer who knows what to hit at the right time. It’s not over yet, just for now. We’ll see how it goes for the next couple of months.”

The band will release two new songs on a split with Florida’s Tight Genes this summer. Sterno, who had planned on moving away from Savannah in the next few months as well, has decided to stay. He’ll take the summer off from booking and plans to get back to it in August, bringing in punk and aggressive bands from all over the country.

Though the music will be similar to what he books as Dad Joke, look for future Sterno shows under a different moniker.

“It doesn’t feel right moving on without Daniel,” he says. “So for [Weekendmania], we’re going to go out with a bang.”