The Light Inside the Bell Jar

The Light Inside the Bell Jar: A group exhibition of women artists 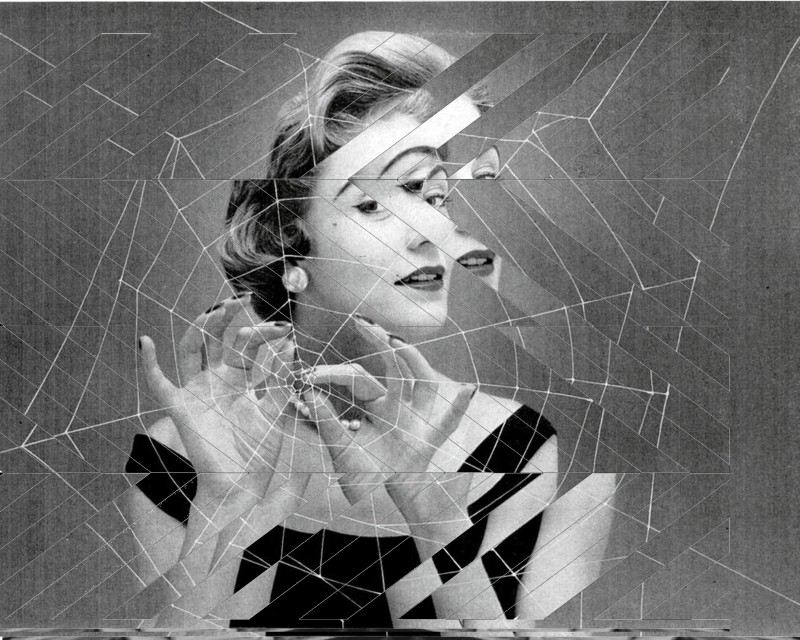 Artist Laura Collins skews vintage advertisements, offering a deeper look into the psyche of the ‘perfect’ ‘50s housewife in ‘Fracture,’ above.

Since opening its doors, Sulfur Studios has hosted some of the most poignant and challenging shows in Savannah. This weekend, SCAD Master of Arts candidate Sara Uhlig uses the gallery to shed light on mental illness in women, creating a safe space, sense of community, and forum for expression.

“The Light Inside the Bell Jar” is a group exhibition of 15 women artists. Uhlig aims to illuminate the bell jar of depression Sylvia Plath so famously wrote about in her only novel through openness and understanding.

“Sylvia Plath is the whole inspiration for the name—the people who get kind of rolled into this cliché of ‘the hysterical woman,’” the warmly candid Uhlig explains. “She gets really boiled down to ‘oh, she stuck her head in the oven’—and she’s way more prolific than that! She’s an amazing writer. She was also a mother and wife, daughter.”

The wide-ranging work explores the day-to-day and varying identities of living with mental illness. Tied to female creativity, that double standard of “tortured genius” for male artists versus “the crazy lady” stands starkly. Uhlig’s goal is to challenge that notion, showcase the multifaceted identifies of these women, and honor the bravery that comes with examining and documenting one’s struggle using a camera lens or canvas.

“I think it’s really interesting to look at women in the arts, but different arts,” Uhlig says. “Theatre, painting versus women sculptors. It’s a totally different world. And how women are treated differently in those worlds is very interesting to me.”

Uhlig put a call for entries out to artists all over the world; she was amazed at the number of responses she received and the array of work submitted. Anna Brody, Katina Bitsicas, Maureen Catbagan, Julia Collins, Madeleine Daste, Kate Ehle, Sara Fields, Julianne French, Anita Funston, Kym Hempworth, Nina Ramadan, Boz Schurr, Penelope Stone, Haley Varacallo, and Ms. Writtenart all have pieces in the show.

“I really wanted to be able to support women artists first and foremost—that was the key element of the show,” Uhlig explains. “Then kind of rolling into the more personal aspect, I discovered that there were a lot of artists out there I was finding—even just on Tumblr and blog sites—these amazing women artists who had these crippling issues. That’s where it all was born from.” 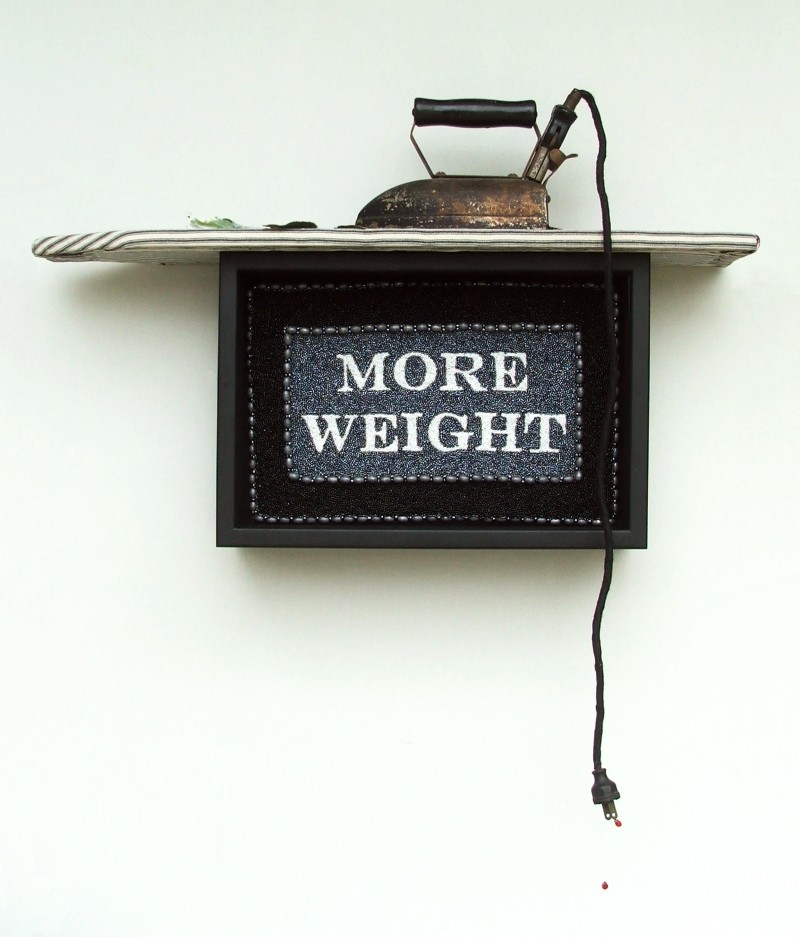 Kym Hempworth uses a variety of media and found objects for her 2012 piece ‘Pressed to Death.’

It’s a subject close to Uhlig, as someone who has struggled with anxiety and depression.

“Anxiety is very crippling, it’s hard to live with,” she says. “I just really wanted to be able to support women—I’m a huge feminist and supporter of women in all aspects, especially in art. Just doing research for this show and realizing the highest piece of artwork by a woman that’s sold is hundreds of millions of dollars less than the highest piece sold for a man... just being able to support women and communities that I’m a part of, things that touch home to me, is so important.”

Since first contact, Uhlig is happy to have bonded with a lot of the women who have submitted work.

“I was very surprised but I felt very lucky that people felt they could open up to me,” she says. “I would definitely say that a lot of people I selected are people that opened up about a specific connection that they have personally or a struggle with anxiety and depression. I have a set of etchings that are just based off of...she went visited a mental hospital and saw a lot of women in there and had that connection with it. Outsider perspective is just as important, I think.”

The work will be up for three days beginning May 7, with a catered reception on May 8. The reception doubles as a charitable event benefiting the Kim Foundation, an organization that is dedicated to increasing awareness and promoting continued education related to mental illness.

Uhlig maintains a blog, belljarexhibition.tumblr.com, that she’ll keep up and running after the exhibition.

“It’s interesting, because a lot of the art is not simple—compositionally, you could say it is—but it evokes so much emotion,” Uglig says. “I’m just so excited to see it all together on the walls. It’s going to be really beautiful.”