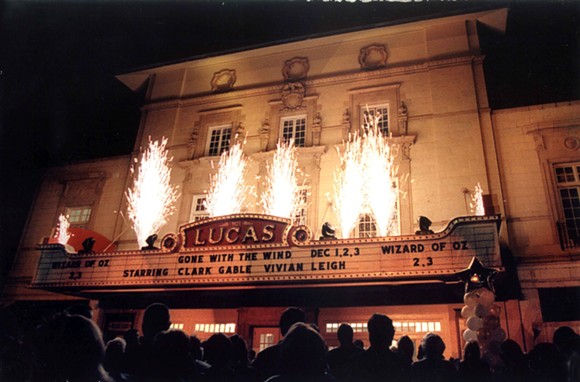 The marquee at the grand reopening in 2000.

IT’S HARD to imagine now, with downtown Savannah bustling with tourists and activity, and the Lucas Theatre having a lively yearly event calendar.

But there was a time not so very long ago when the Lucas Theatre was slated to be yet another parking lot.

In celebrating its 95th birthday this weekend, the Lucas Theatre is putting on a throwback bash which celebrates its reopening after a lengthy restoration.

“On Dec. 1, 2000 we celebrated our grand reopening with a showing of Gone With The Wind. We chose to show the film this year in honor of that,” says Erin Muller, Managing Director of the Lucas.

The main event, however, happens before the GWTW screening, with a two-hour festival of food trucks, live music from Waits & Co., live art, and raffles.

“The main part of the event is from 5-7 p.m. That’s when we’ll have the food trucks, Jose Ray doing live artwork, and a ton of raffle items,” says Muller. “The community’s been very, very generous.”

After that comes the big Gone With The Wind screening, which will likely bring a second, new crowd out to the theatre.

“That’s how the Lucas is,” says Muller. “We attract such a wide demographic. We’ve got the Philharmonic crowd, the Music Festival crowd, the Jaws and Jurassic Park movie weekend crowd, the free Christmas movie crowd.” 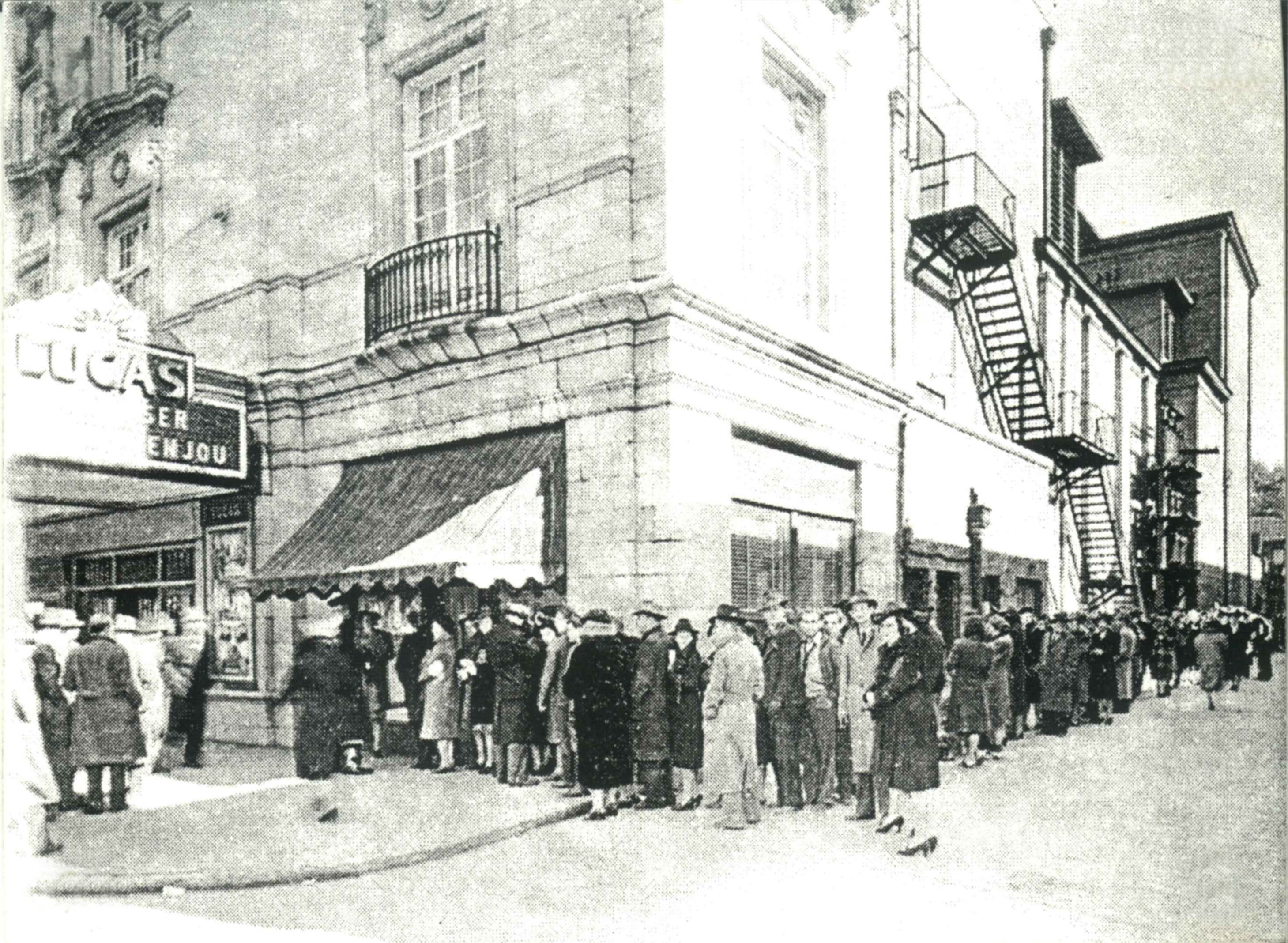 Archival photo of line at opening of Gone With The Wind at the Lucas in 1939.

The Lucas was constructed in 1921, and technically was the first air-conditioned building in Savannah—though the earliest versions of its AC involved huge fans which blew cool air off blocks of ice.

In 1976 the Lucas was closed. Perhaps fittingly, its final film was The Exorcist. Muller jokes that the Lucas has stayed away from showing the movie since then.

“It’s sort of a Savannah superstition,” she laughs. “We didn’t want to tempt fate by showing it again.”

The parking lot idea came and went and the Lucas eventually reopened.

“In between it seemed to serve as anything and everything under the sun. Obviously there was a period when downtown wasn’t thriving. It was ultimately saved, restored and reopened. We want to thank them for doing that,” Muller says. 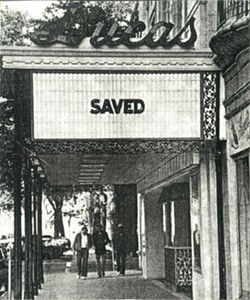 “What made the difference is the community was so opposed to demolishing the building, even when the owners were petitioning to have it demolished. Since its construction in 1921 the Lucas has been a pillar of the Savannah community.”

The gamechanger came when Midnight in the Garden of Good and Evil was filmed here during a stop-and-start renovation effort for the Lucas. Kevin Spacey made a $200,000 donation to theatre preservation funding, and his starpower combined with that generosity helped lead others to jump on board to save the Lucas for good.

In December 2000, the fully-restored Lucas, newly adorned with fresh gold leaf throughout the interior and hundreds of other touches, reopened in a unique partnership between the City of Savannah and the Savannah College of Art and Design.

“It’s hard to imagine all this has happened just since 2000,” muses Muller.