Starland Mural Project set to kick off this fall

"IT SHOULD just be unacceptable to have ugly walls," proclaims Clinton Edminster.

Unfortunately, in the Starland District, there are plenty of them.

“We don’t need ugly walls!” he laments. “Why do we have ugly walls? They have rain dribble on them, they’re molding, they’re cracked—they’re ugly. This is Savannah. We should have cool walls.”

Edminster has been a public art advocate for years, from his involvement with nonprofit Art Rise Savannah to his ownership of Starlandia Creative Supply. 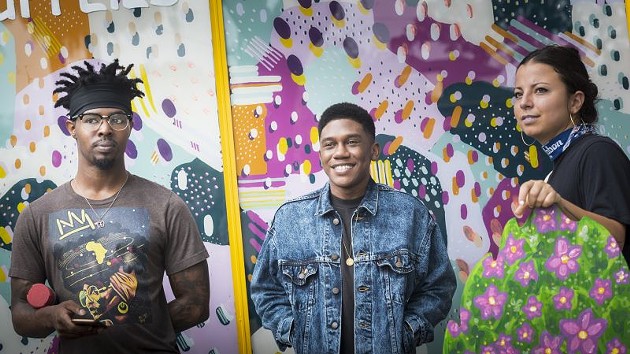 “I feel like I’ve been working on this for a while,” he admits.

All his work is coming to fruition with the Starland Mural Project, an initiative dedicated to creating murals in the Starland District.

Some of these artists are talented muralists; Ray has a great one on 40th and Drayton, and Lupacchino’s signature Julu style is everywhere, from the walls of Kayak Kafe on Broughton to clutches at Satchel. Other artists aren’t as well-versed in working big.

“We’re putting people who have never painted a mural next to folks who have,” says Edminster. “We’re also working with them before we even start painting that wall—thinking about large-scale designs, doing safety training with everybody, how to use a scaffold, insurance for the whole thing.”

That’s integral to the project: paying the artists for their time and effort.

Edminster hopes to set up a fund for the project, which would not only encourage people to apply for the project but also to set a trend of artists being compensated fairly.

“Let’s start a new type of artmaking and financial incentives for artists to do more stuff like this, to train new artists to work at scales like this,” he says. 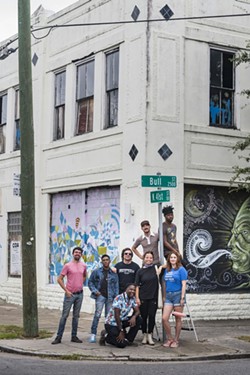 Plus, looking at it from a purely financial perspective, investing in murals is a great opportunity.

“These are not inexpensive—this is fairly critical and well-done work, but at the size you’re looking at, $10 a square foot, it’s the least expensive art anyone’s ever bought,” says Edminster.

“I’m done with cheap art. I don’t think it should be cheap. There’s a lot of work that goes into painting a mural. You have to prep the wall; you also have to not be somewhere else. You’re not making money at your usual job. I don’t think people realize that enough. There’s opportunity cost, which we also have to cover.”

After the Starland Mural Project goes to their meeting in early October, the program will begin.

The current permit application process for murals is overseen by the Historic Sites and Monument Commission, which is a bit of a lengthy process.

Edminster hopes to set a trend with the project’s permit application as well.

“Another part of this process and being fairly transparent with it is using our permit application as a template that others can plug information in and out of,” says Edminster. “I want to work ton that even more, but I’m not sure where this project is going to end up. I want murals to happen, but I’m not sure how that might be structured in the future.” 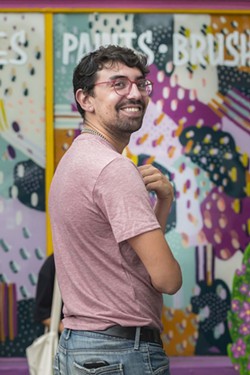 The fight for public art in Savannah has faced its share of red tape, namely the ordinance for monuments in the historic district downtown. But, Edminster reminds, Starland is well outside the National Historic Landmark District.

“I don’t want to impinge on downtown, so that’s why I think we’re going to try and focus on the Starland District,” he says.

With the recent attention given to the murals in the Starland Yard, public art is definitely having a moment in the district, but the moment could be much bigger—and more public.

“The idea is to have murals that are publicly accessible,” says Edminster. “You don’t need a ticket, you don’t need to go open a door. They are on public streets. I’ve been working on art in the streets, whether that’s through the Art March or on the Art Parade. Now that I’m on the board for [Chatham Authority Transit], we’ve been doing all these crosswalk demonstrations and learning this concept of enlivening streets. Streets are a public space.”

The Starland Mural Project is designed to be a catalyst of sorts for more projects like it. Edminster notes that the building they’ll be painting is owned by a business with plans for redevelopment of the site, so the murals will only be up for about a year.

“I’m really focused on making sure these aren’t the last murals in Starland,” he says. “These are so much the beginning of a much larger pop. This is what we do, this is what businesses in Starland do: they support murals. This is what this neighborhood is about: public art.” 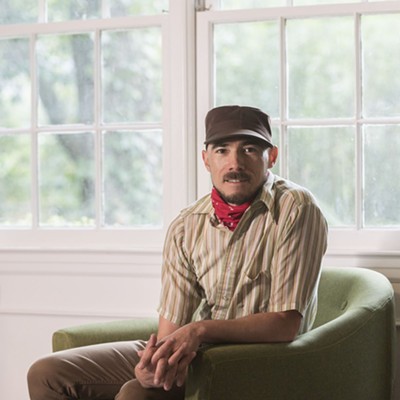