The New Documentarians 'Feed The Hungry' 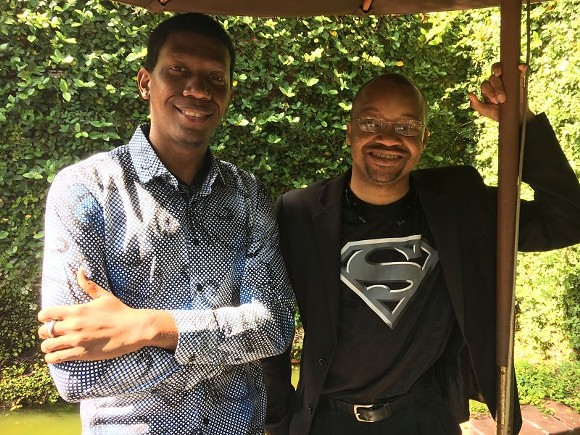 Kareem McMichael (left) and Will Martin produced a film about local non-profit Feed the Hungry as their final project.

LAST FALL, when Will Martin and Kareem McMichael were enrolled in the Georgia Film Academy at Savannah Technical College, they needed to find a film set to work on in order to fulfill the internship portion of the program.

But their window happened to be an uncharacteristically slow time for Savannah’s busy film community, which is usually bustling with national blockbusters and independent productions.

“Projects were wrapping and the work was drying up right at the time we needed it,” recalls Martin.

“So we decided we had to produce our own film to fulfill the requirements.”

Fortunately, they already had the skills—and a story. The creative partners met in 2011 at Savannah State, where Martin is a Mass Communications adjunct professor and McMichael serves as the online content manager for the Dept. of Journalism and Mass Communications.

After being assigned to share the same tiny office, they hit it off over a mutual passion for film and video. Both had been producing for years: Actor, writer and Macon native McMichael has toured several small film festivals with his documentary “Road to Segregation” and the comedy short “Best Friends,” and up until recently, Martin was moonlighting as a producer for WSAV’s Coastal Sunrise.

“After I saw the scope of what they do, I realized it was too big for me to do by myself, so I shelved it,” says Martin, who is also completing his Masters’ in Professional Communication and Leadership at Armstrong State University.

“But then a few years later, all of the sudden I had a crew that needed a project, and there it was.”

The result is Feed the Hungry: The Vision, the Outreach, the Community Changer, a 30-minute delve into Gilliard’s path from homelessness to non-profit CEO to the Georgia Assembly, to which he was elected last year to replace the late Bob Bryant. Capturing the tremendous community response to those left without food after Hurricane Matthew last fall, the film also highlights Feed the Hungry’s wide scale mission. 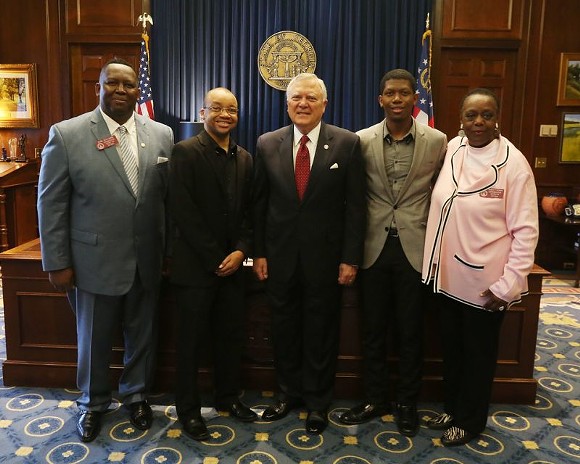 “It goes beyond just feeding people,” says McMichael, who served as producer. “It’s about bringing people out of the working poor and teaching them to survive, providing job skills and all the things a community needs to sustain and grow.”

Though his old footage was an inspiration, director Martin and the crew—composed of the rest of the Georgia Film Academy class—had to shoot everything anew.

“The technology had changed, and the format was different,” continues McMichael. “They were still using tapes a few years ago, but now that’s all over.”

This time, the team had the cutting edge equipment of the Georgia Film Academy at their disposal, including lights and a digital Black Magic cinema camera.

They also had the guidance of industry veteran and teacher John Grace, who enthusiastically supported their diversion from the regular curriculum.

“He was incredibly gracious through the whole process,” says Martin.

“Even after the class ended, he made sure we had everything we needed to finish the film.”

A collaboration of Georgia’s university and technical college systems, the Georgia Film Academy was launched to meet the growing need for skilled workers in the state’s booming film industry. Savannah Technical College is one of ten sites where enrollees earn a certification over two semesters with hands-on training and valuable networking opportunities.

“I always thought I would have to go to Los Angeles or New York to pursue a career in film, but with the tax incentives, Georgia needs qualified people,” says Martin.

McMichael also considered decamping for those locales before discovering the program. “Big productions are coming here, and it’s more economical for them to hire crew who already live here. Georgia Film Academy is helping build a work force, which will bring more productions.”

Feed the Hungry will debut at a red carpet event and screening at Savannah Tech this Friday, April 28, one of the first original pieces to come out of the program. Rep. Gilliard was so pleased with the final cut that he introduced House Resolution 661 to the Georgia Assembly in March, to officially “recognize and commend” the Georgia Film Academy and Savannah Tech along with Martin and McMichael for their “outstanding work.”

Now that edits are done and the certificates have been earned, the filmmakers will return to their shared desk and separate projects. In between the big gigs that are sure to come, McMichael plans to pursue more original comedy and drama through his company Karmac Productions, and Martin continues to shoot video and build websites as the principal of Serious Ways Multimedia.

Though they haven’t agreed on a name for their partnership and cite different cinematic influences (Martin is self-described comic book geek who’s seen every Avengers flick; McMichael digs classic mindbenders like The Manchurian Candidate), they don’t discount working together on another Savannah-based documentary.

“What the Feed the Hungry project and Carl Gilliard have taught us is that is there are a lot of great stories in this city,” says Martin.

Adds McMichael, “And we are the ones who want to tell them.”

Raise a glass for Second Harvest