Pirates of Savannah and Beyond

The event is sponsored by Cosmos Mariner Productions, The Pirates' House, and Southbound Brewery, which is brewing a special "Pirate Beer" for the occasion. Admission is free and open to the public.

Light hors d'oeuvres will be served, and a cash bar will be provided. There will also be door prizes, including gift certificates for free admission to various pirate-themed attractions in the area. DVD copies of the film will be available for purchase.

LOCAL HISTORY buffs know Michael Jordan as a longtime director and producer of entertaining and interesting documentary videos on sale in bookstores and gift shops all over town.

As owner of Cosmos Mariner Productions, he’s made documentaries about everything from WWII Liberty Ships to Isaiah Davenport.

“But one thing I’ve never really delved into with Savannah history is the pirate connection, and it’s huge. You go down to River Street and there are stores with a massive pirate section,” he says. 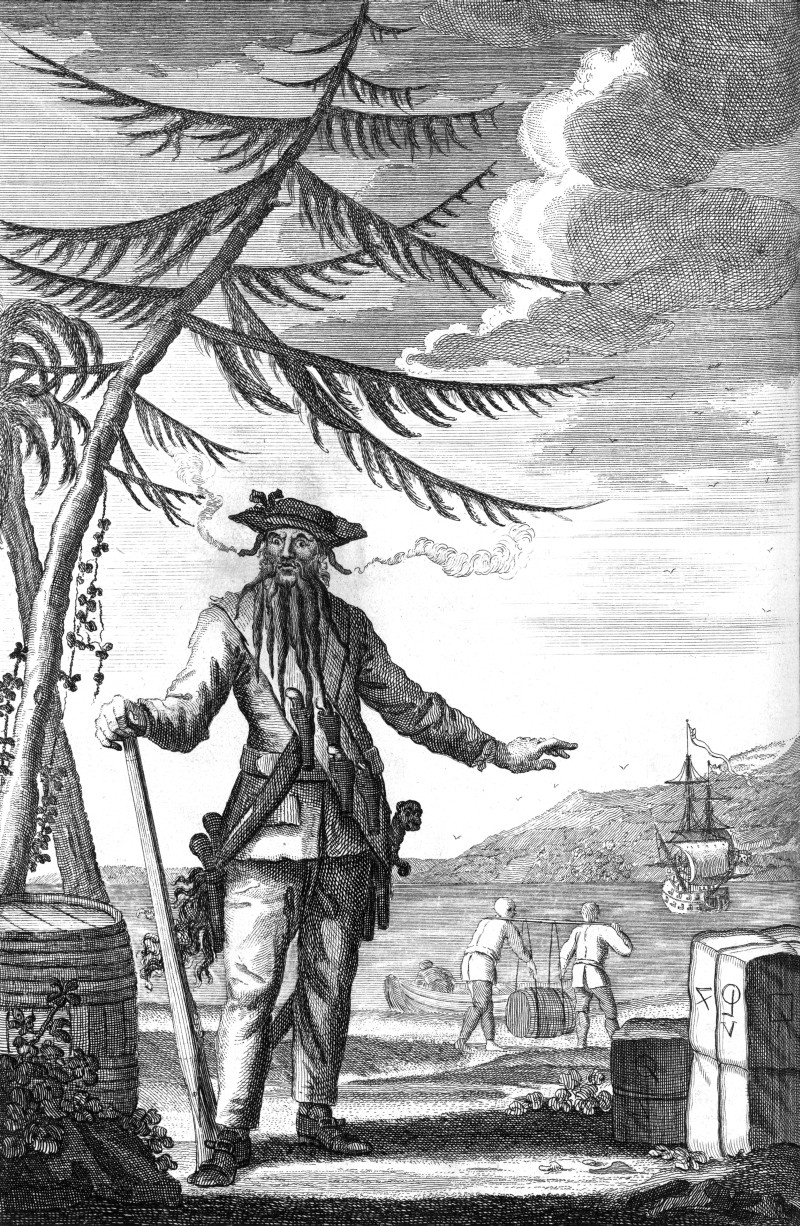 Jordan’s newest documentary, Pirates of Savannah and Beyond, isn’t actually part of the Tybee Island Pirate Festival happening this weekend. But he has chosen to premier the new video this Thursday night at—where else—the Pirate’s House.

Of course, it wouldn’t be a pirate thing without strong drink, and at the premiere screening Southbound Brewery will unveil a special Pirate Brew for the occasion.

“Treasure Island not only creates the whole Savannah hook, that book formed the modern conception of the pirate—the eyepatch, the parrot, the treasure map with X marks the spot, the whole Johnny Depp idea we have now,” Jordan says. “It was all sort of out in the ether and Treasure Island pulls it all together.”

The Savannah segment of the documentary addresses that with interviews with an Armstrong University literature professor and a SCAD illustration professor who discusses the impact of the artwork of early editions of the book on our modern image of what a pirate is “supposed” to look like.

“Then we move on to the bigger idea and start hitting all the areas around us with a pirate connection, Charleston and St. Augustine in particular,” says Jordan.

Charleston has a direct relation to the infamous Blackbeard. In 1718, the legendary pirate literally held the whole city hostage.

But rape and pillage wasn’t on Blackbeard’s mind. His only demand? A well-stocked medicine chest, which historians speculate he might have wanted because of a syphilis outbreak in his fleet.

In Charleston, pirate-related sites include the Old Powder Magazine—the last surviving building of the Blackbeard era—and the Exchange and Provost Dungeon, where pirates like Stede Bonnet were held in captivity before being hanged at the Battery.

“The whole film starts with the Tybee Pirate Festival, and a store on River Street to show the tourist obsession with pirates. Then we go on a journey to learn the real history,”  Jordan says.

Another stop is at the North Carolina Maritime Museum in Beaufort, N.C., currently exhibiting the remains of the Queen Anne’s Revenge, deliberately grounded in the Outer Banks. (Unlike the South Carolina city with the same name, Beaufort, N.C., is pronounced BO-fort.) 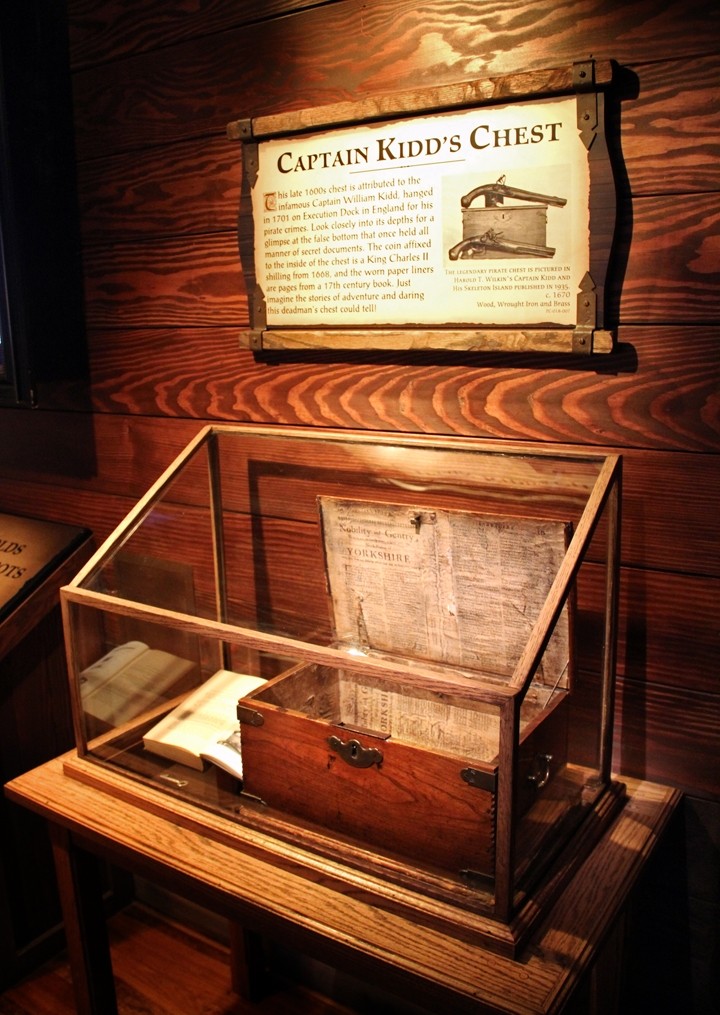 Capt. Kidd's chest, the only verified pirate's chest in existence.

“Conservators from East Carolina University are still treating the anchors,” Jordan says. As for Blackbeard himself, he was killed off the Outer Banks in a battle with soldiers and sailors hired by the colony of Virginia.

Then the film moves down to St. Augustine, Fla., where Jordan explains, “there’s no Pirates of the Caribbean stuff either, but there you have Sir Francis Drake.”

Not actually an outlaw at all, Drake was instead a privateer, or mercenary, pillaging Spanish interests on behalf of the Queen of England in the 1580s.

“Drake had 2000 guys with him, just wreaking havoc in the Spanish world for months,” Jordan says. “No one’s found any archaeological evidence of his raid until 1998, when St. Augustine was creating a new wing of the local art association there.”

St. Augustine has a city-employed archaeologist and strict rules about building on archaeological sites. But, Jordan says, instead of being resentful at the hold-up in construction when scorched earth and broken pottery was discovered on the site, the art association decided to use the publicity to their advantage.

“Rather than being peeved, they owned it,” says Jordan. “There’s an exhibit where you stand on the spot where the things were found. They took soot and used it to make sketches. They took pieces of artifacts and sewed them into a quilt to display.” 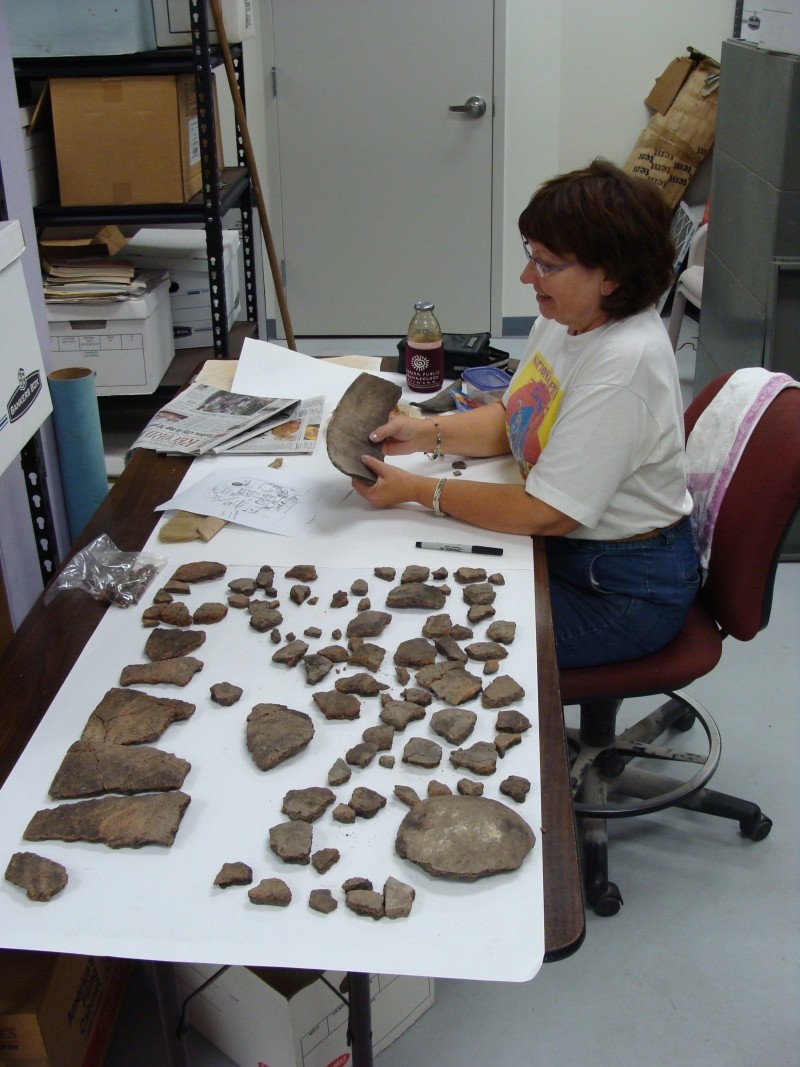 An archaeologist works on some Francis Drake artifacts in St. Augustine.

Jordan says despite the occasionally cheesy aspect of St. Augustine pirate tourism, there is actually a top-flight museum there devoted to all things buccaneer—the St. Augustine Pirate and Treasure Museum, relocated from Key West.

“They’re world-class,” he says. “They have one of three existing Jolly Roger pirate flags, and the only known authentic pirate chest.”

Then, back to Savannah.

“After all the other places we go, we see how much pirate history is here—not much,” says Jordan. “I go to the Pirate’s House, where to their credit, they didn’t have a problem with me telling the truth.”

Jordan says the history of Trustees Garden and the Pirate’s House is fascinating enough itself without resorting to legends.

“The guy who works there dressed as a pirate walks us around the site, to the old seafarer’s den, and tells us what happened at the old Herb House,” part of the Pirate’s House compound and oldest surviving structure in Georgia.

“We talk about real history, about the founder of the Pirate’s House restaurant, Herb Traub, and about his early vision for tourism in Savannah,” which set the stage for the prosperity we enjoy today.

Speaking of The Pirate's House 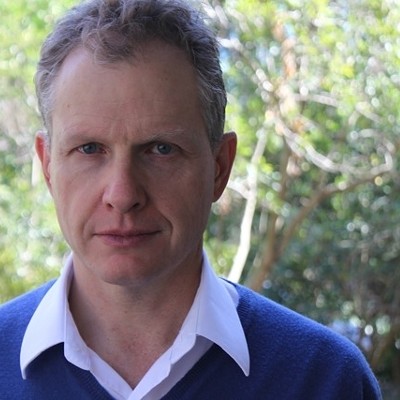