The real meaning of 'choice 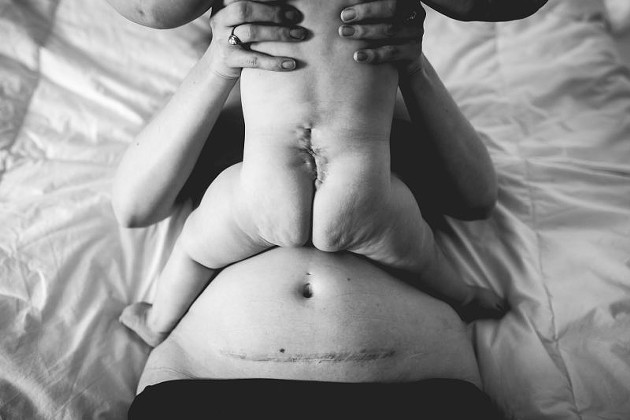 Photo by Dusti Stoneman, The Art of Birth.

WHEN I became pregnant with my son, Declan, I never expected to have children but there he was—a plus sign on a stick.

I was aware of my privilege. I could pay for the vitamins, pay for the natural birth plan I had intended, the birth photographer, all of it.

While his heartbeat also wasn’t detected until 8 weeks, I knew a month earlier as, until that particular oopsie daisy, I had always practiced safe sex and monitored my cycle closely.

I was lucky. I was given education and access to birth control. Many people are not.

I vividly remember my first encounter with birth control. I was prescribed birth control at 16, not because I was sexually active, but because I had debilitating PMS symptoms.

I couldn’t walk, much less think, during that entire week. I bled so heavily that I always made sure I had an extra shirt to tie around my waist to risk embarrassment.

My family doctor wrote the prescription and my grandmother furiously confronted me, calling me a slut.

After I digested her anger, all I could say was: “Even if I was sexually active, shouldn’t you be proud that I took this step to prevent a pregnancy?”

I needed support, not to shamefully hide what my body naturally did. Alas, the birth control left me with side effects that were worse than the symptoms it was supposed to treat. After years of juggling, I found holistic remedies that changed my life.

The plus sign on the stick was also an adjustment. But by the time his 18-week anatomy scan came, I excitedly awaited the gender results.

Instead, his spina bifida was revealed. I had to walk out clutching his ultrasound pictures holding back tears as I walked through a sea of parents who were excitedly calling family exclaiming the newly revealed gender and saying how perfect their baby was.

I drove home in a blur, knowing I would have some serious choices to make.

When I was faced with his diagnosis, I was told numerous times I had the option of abortion. I don’t think people realize that medical professionals are legally required to tell you this option along with the others.

That’s the beauty of it—on the worst day of my life, I still had options. And I chose the most dangerous one.

I had an amniocentesis which can increase the risk of a miscarriage and it was something I was extremely against and cried through. I had to undergo hours of testing at CHOP, all putting him at risk.

I had two c-sections, including one for the fetal surgery where he had his own anesthesiologist. (So yes, at almost 25 weeks they can feel. However, most abortions do not occur at this point unless for extreme medical reasons).

Later into my pregnancy, I was required to move my entire life to Philadelphia for four months without much support. I was immobile. It was hell.

My water broke and I was on hospital bed rest for two weeks. It’s as miserable as it sounds. I then had a three hour c-section where both of us could’ve died. He had a rough start and I almost went into septic shock.

No woman should be forced to ever go through that. And I made a choice, knowing the benefits may not have outweighed the risks. Declan was in the NICU for several weeks and I had to leave every single night.

I spent those nights crying and longing for my baby. Birth isn’t always the glamorized heart-warming picture of a mom holding the baby on her chest. It’s dangerous and extremely traumatic for some women.

I’ve had people say to my face that they would never have been able to do that, question my reasons for fetal surgery, all sorts of things.

I’ve also had people thank me for keeping him “even though he’s a cripple.”

The comments I’ve had to endure have taught me a lot in patience and using my voice to advocate for my son. It’s also helped me not to take things personally.

I had someone once say they would’ve had an abortion. And ya know what, I completely supported her opinion. Because it has nothing to do with Declan or his value as a person—it has everything to do with that person knowing what they can and cannot potentially handle. And I would never want that option taken away from her.

I have spent nights crying about his disability—worrying, screaming, planning, longing. Keeping Declan was the right choice for me. And considering I made a risky decision, it made me even more pro-choice than before.

It’s not glamorous and although other people have had babies with far worse medical conditions and the baby did not survive, no woman should ever have to go through that if not prepared. I’ve heard the NICU alarm of babies dying, I’ve seen families surround the crib as their baby took its last breath.

And then there are some children who have quality of life and are doing beautifully. Again, it needs to be a choice, as there is no guarantee.

Childbirth and children are not props and are certainly not storylines. Society celebrates the children who survived against all of the odds and we forget the children who maybe made it through five breaths before dying in the arms of a mother who just endured the pain and exhaustion of childbirth.

No family should ever be faced with childbirth costs on top of funeral costs. That woman will also be asked to turn her trauma inward and cope in everyday life with children who are alive while being made to post a trigger warning about her own story.

And yes, there is always adoption. It’s extremely expensive to adopt a child. But, perfect choice for some women.

However, women are not incubators. It’s that simple. I also do not know one single pro-life friend on that adoption list waiting for a child. Why aren’t they adopting? Because of finances? Maybe they don’t like being told how to live their life.

If I ever were to become pregnant again, I could possibly lose the baby because of the cuts on my uterus. Again, I’ve had the resources of getting scans and miraculously my body healed very well when I was told it wouldn’t.

I’ve had every resource to get proper medical care. I was never happy with Declan’s physical or speech therapist and am beyond lucky I can drive four hours every week to have his back “released” and to help him become more mobile.

Learning music has helped him far better than speech therapy ever did to help him learn how to speak. He is so fortunate he goes to a school that has adapted the classroom for him.

He has friends, he is loved, he has opportunities. That is his life, his experience, based on the series of choices I’ve made for him and for myself.

As a doctor once told me, ‘There are some things worse than death,” and just because you are privy to his highlights doesn’t mean that there hasn’t been some downright ugly unseen footage.

This is an extreme example because of his disability but if I didn’t have the resources I did or the education, all of this could possibly look very different.

Mental health treatment is a joke in this country, and there is a very good chance I wouldn’t have made it if I didn’t have my options or resources.

Pro-choice doesn’t mean anti-life. It doesn’t mean pro-abortion. Actually, most of the pro-choice people I’ve ever met have a deep understanding of life and fight for the rights of those living. Mostly pro-life at this point is pro-birth with no regard for the child after it enters this world. Or support for the woman.

In the end, if I had chosen to abort Declan, my life would look completely different. I have never had an abortion but know women who have.

I worked in a rape crisis center and helped as best as I could with women who became pregnant. That shaped my life. So did growing up with a mother who frequently told me I should’ve been an abortion.

Again, I have had the resources to process the trauma in my life. But I am here and I am loved and I am a damaged person doing my best in this glorious life that I may not have known.

I’m glad my mother made a choice. And I’m glad Declan will grow up knowing he was a choice out of love and not out of guilt, shame and forced accountability. 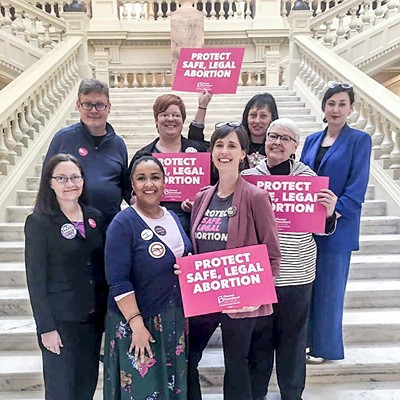 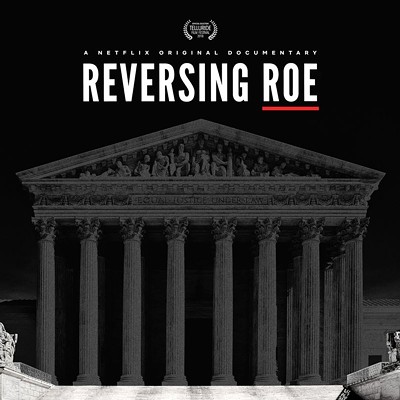