EVER SINCE the Trump administration announced irrational plans to bring offshore drilling and oil exploration to Georgia’s coast, intense opposition has been growing and getting louder.

Opposition reached fever pitch earlier this month when the Georgia House of Representatives passed Resolution 48 – which opposes drilling and searching for oil off Georgia’s coast – by an overwhelming margin, 125 to 36.

The passage of Resolution 48 builds on the already impressive opposition to drilling from communities along the East Coast. In fact, more than 250 municipalities from Maine to Florida formally oppose oil and gas activities, including 16 in Georgia.

From the booming inland metropolis of Atlanta to picturesque islands like Tybee, tiny towns like Riceboro, and the port city of Savannah, Georgians are united in the fight to stop drilling. The Port Wentworth Business Chamber of Commerce also stepped up last year to protect Georgia’s coast when it joined an alliance representing tens of thousands of businesses that are saying, “no, thank you” to Atlantic offshore drilling.

Our governor, along with the governors from every other East Coast state, sees the importance of maintaining healthy oceans and a clean shoreline. Governor Kemp has led Georgia’s bipartisan effort to keep drilling away from our coast.

Siding in favor of ongoing military operations and Georgia’s robust tourist economy, Kemp told Savannah Morning News, “I just don’t think we need to be doing it off the coast of Georgia” and continued to say “I’ll fight for that position.”

Communities and legislators alike share the same basic concerns. Georgia’s thriving economy is not an oil economy, nor should it ever become one. Our economy is fueled by the coast and the rich natural resources you find there – on our beaches, marshes, clean salty waters, and all the bounty within. Fishing, tourism and recreation industries support more than 23,000 jobs and generate more than $1.3 billion in GDP annually for the entire state. We risk this all if the federal government opens our coast to offshore drilling and seismic exploration.

Our coast is home to 33% of all salt marshes in the eastern United States, providing important nursery grounds for fish, birds and shellfish. We are home to incredible coastal resources like Cumberland National Seashore, the National Marine Sanctuary Gray’s Reef, and waters that form critical habitat for our state’s marine mammal, the critically endangered North Atlantic right whale.

A healthy, unspoiled ocean is something we have grown to love and identify with – and we’re not about to live without it.

Following the passage of Resolution 48, Representative Buddy Carter, whose congressional district spans the entirety of Georgia’s coastline, finally joined the fight to protect our state from a future of offshore drilling. He sent a letter to President Trump’s Secretary of the Interior – the person responsible for offshore drilling – asking that Georgia be excluded from any offshore energy plans.

In the letter, Representative Carter explains that he “was elected to represent the entire coast of our state and to be their voice in Washington.” I know we are all grateful to Representative Carter for recognizing the importance of keeping Georgia’s coastline oil free. Everyone should thank Congressman Carter for taking this stand – he backed our communities and we embrace it with open arms.

The momentum only continues to grow, and Representative Carter’s message is just in time as we all anxiously await the decision on whether the Atlantic Ocean will still be on the table in President Trump’s offshore drilling plan, expected any day now.

Let me be clear, Georgia isn’t giving up without a fight and the good news is that President Trump can still do the right thing – that means no offshore drilling in the Atlantic Ocean.

From the growing number of local resolutions, the landslide vote to adopt Resolution 48, and our new powerful ally in Representative Carter—Georgia’s position to President Trump is very clear: do not drill off our coast. 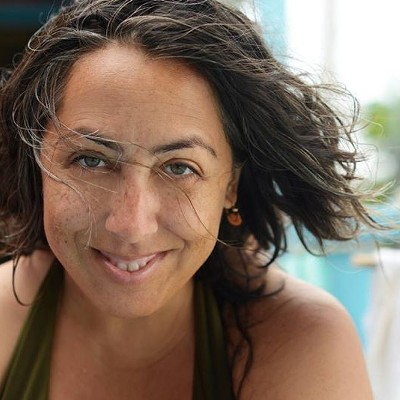