The Revolutionists finds humor amid horror 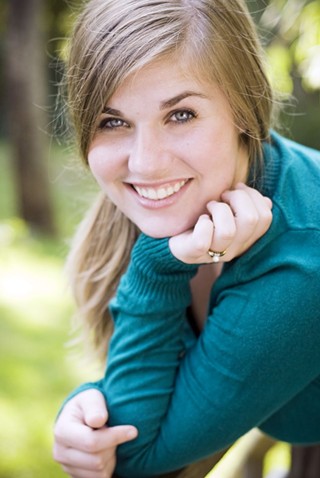 The Revolutionists by Lauren Gunderson

FINDING HUMOR in the French Revolution might seem a daunting prospect. But it’s par for the course for Lauren Gunderson, an award-winning Georgia playwright who by some accounts is the single most produced living American playwright.

One of Gunderson’s more recent works, The Revolutionists, will be performed by the Armstrong State University Masquers.

“Her star is really shooting up,” says director Courtney Grile of the playwright, who she has worked with personally in workshops.

Grile is especially excited to be at the helm of a play written by someone she describes as a mentor of sorts. “This is my first time actually directing a play of hers. I’m very thrilled and honored.”

Any pop culture reference to the French Revolution must of course involve Les Miserables – almost always the musical, not the original Victor Hugo novel on which it was based.

The Revolutionists is no different. In fact, Les Mis is ironically and humorously referenced several times in the production, Grile says, for example when one character innocently asks, “Can you hear the people sing?”

While Grile flatly states that The Revolutionists is a comedy, she says it does have a sociopolitical underpinning—not necessarily a surprise given the subject matter and the historical setting during the Reign of Terror in the late 1700s.

“This is definitely a fresher update of Les Miz, seen through a feminist lens,” says Grile. “We focus on four powerful women whose lives intersect during the Revolution. We see how—and if—they are able to support each other.”

However, Grile says the feminism embraced in the play is less of a narrow political statement than it represents “equality for everyone—which is really what feminism is about anyway.”

Playwright Gunderson, she says, is especially adept at gallows humor.

“She has an uncanny way of making the medicine easy to swallow,” the director says. “There are some serious, grounding moments, but mostly the script is clever, intelligent, and humorous.”

“Gunderson created a new character from what was then a French colony in the Caribbean to sort of add another, new layer to the story,” Grile says.