Editor's Note: The risky bet of a casino

LIKE A SLASHER MOVIE CLICHE, the idea that never dies—a casino in Savannah—is again making headlines.

Representative Ron Stephens of Savannah, one of the sponsors of the newest casino bill, has insinuated the votes are finally there for this thing that rises from the deep every few years to make another appearance.

This time the casino concept might indeed have more traction than in the past, and I don’t just mean because a famous owner of casinos is now President of the United States.

As you read this, Stephens’s bill will be introduced in this year’s session of the Georgia General Assembly—that’s what we call our state legislature, for you recent arrivals—clearing the way for the legalization of two separate casinos statewide.

The amount of money discussed is truly staggering: The Savannah casino would by law be required to be at least a $450 million investment.

The ATL casino minimum investment is a jaw-dropping $2 billion.

The bill requires the casinos to pay 20 percent of gambling revenues to the state to help pay for HOPE scholarships, a proposed new needs-based scholarship, and Pre-K programs.

Of course, as we’ve seen in the past, how those education funds are actually distributed and spent is where the plan sometimes breaks down.

As for the raw politics, casino advocates are taking the smart route this time: Seeking to put the issue directly in front of the voters as a Constitutional amendment, thus allowing legislators to avoid a tough yes or no vote themselves.

Gov. Nathan Deal, in his final term, has signaled he won’t pose a major roadblock to such a question going on the ballot in November 2018.

Historically speaking, there is a certain fit for casinos in Savannah. We’ve had a tradition of opulent and vaguely hedonistic casino-style institutions here, such as the General Oglethorpe Hotel on Wilmington Island and the old DeSoto downtown.

Savannah’s well-earned reputation as one of America’s bootlegging capitals during Prohibition only adds to our mystique.

Unfortunately, another reality of Savannah life is extreme poverty and deprivation for many residents. And a casino will only serve to heighten the divide between the haves and the have-nots.

Along with education, wealth disparity is considered by most smart observers to be literally the root cause of nearly every major problem Savannah faces locally.

And if there is a more potent symbol of the role of cash in perpetuating extreme wealth disparity than a casino, I’m unaware of it.

Our pop culture is rife with references to either striking it rich in a casino (rare), or leaving dead broke and/or in debt (much more common).

Putting the money into college scholarships and Pre-K is laudable of course, but in and of itself not reason enough to support a casino.

To stretch the analogy to a perhaps uncomfortable point, even organized crime bosses make sure to spread cash around the neighborhood to curry favor.

And let’s not forget much of that well-intentioned financial support for education would come out of the pockets of people who can’t afford the expenditure.

As for the jobs the project will bring—which will no doubt be the big selling point as far as our local delegation is concerned—how many more service jobs do we need?

As we all know, in a casino the house always wins in the end. In this case, the house also means politically well-connected development interests.

That brings us to the other virtual synonym with the word casino: Corruption.

The cynic in me is tempted to say that in a city already well-known for institutionalized graft and shady cash transactions, a casino would almost be a no-brainer, just a case of the more, the merrier.

Given Savannah’s history and tendency to romanticize its scofflaw past, bringing a casino into the mix in and of itself isn’t that radical a proposition.

Let’s face it, the marketing material will write itself.

And the usual local players who benefit from these types of sweetheart projects won’t need much convincing. I suspect the list of names will sound pretty familiar when all’s said and done.

No matter what you hear in the talking points about the wonders of the free market, etc., a casino project here will essentially represent a public/private partnership with a guaranteed monopoly.

Unfortunately the track record shows us that casinos aren’t so much a draw for tourists as they are a draw for gamblers.

And we have enough people here losing their shirts just in their day-to-day lives without encouraging and incentivizing it.

Think of all the places and scenarios that pop to mind when you think “casino.”

Vegas. Atlantic City. Freeport. Mobile. Those casino boats around here that always seem to go bankrupt and/or break down or get shut down by the revenue department. Even casinos on reservations carry a certain poignant sense of irony.

The simple truth is that in most places where they exist, casinos are often the thing that communities turn to when there’s not a more viable option for economic development.

Why in the world would a city with as specific and recognizable an identity and draw as Savannah want to join that club?

The real point is, whichever casino ours might turn out to be—upper crust and catering to affluent outsiders, or downscale and attracting mostly locals who can’t afford to lose the money—Savannah’s casino would represent an expensive monument to the most cancerous threats facing us: Wealth disparity and poverty. 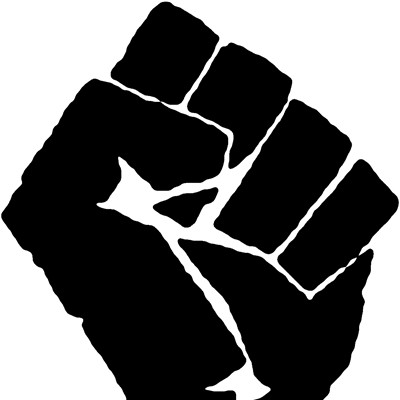