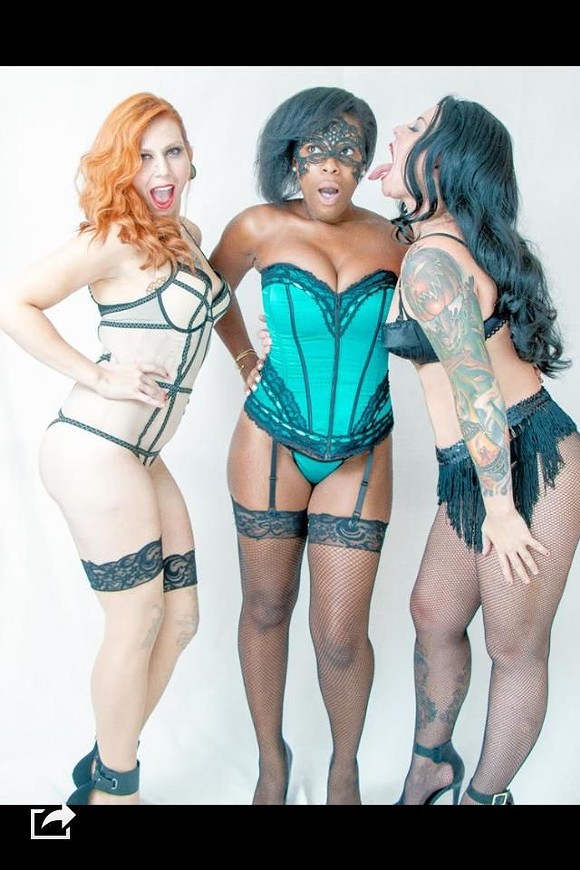 YOU don’t have to hit the theatres to catch summer’s hottest entertainment. Journey through years of movie magic with members of the Savannah Sweet Tease as your guides!

Doesn’t matter if you crave steamy romance, slasher thrills, classic cinema, or funny-bone ticklers: Blockbustin’s acts read like a killer Netflix selection, but you won’t wanna stay home on the couch for this one.

Sadie De Sade and Vesper Von Havoc will take the crowd to a galaxy far, far away in their Star Wars act.

Jack N Thacox will get to your head in his Donnie Darko routine.

If that’s too freaky for you, not to fear: Buster Cherry and Skippy Spiral have built a time machine out of a DeLorean for their Back to the Future act.

And you better not use wire hangers around Rita D’Lavane as she stars as Joan Crawford in Mommie Dearest.

Buster Cherry is lost at sea as he brings Tom Hanks classic Cast Away to life.

The troupe’s already honored Tim Burton with an entire show dedicated to his work, but Luna Noir is back to honor classic sci-fi parody Mars Attacks.

Sadie de Sade turns a little green as the Wicked Witch in The Wizard of Oz.

Ready for romance? Watch Jack N’ Thacox and Rebel Belle get wet in The Notebook.

Vesper Von Havoc will honor her namesake and wreak havoc in Jurassic Park.

Lastly, Tease gents Buster Cherry, Skippy Spiral, and Jack N Thacox are sure to have you dying laughing with their take on Weekend at Bernie’s.

The Train Wrecks provide the musical entertainment for the evening, and Skippy Spiral acts as the evening’s hysterical and naughty Master of Ceremonies.