The Stone Stairs of Death: A guest column

Editor's Note: As most of you know, The Stone Stairs of Death is Savannah's most popular guilty pleasure: a Facebook page named for a key West River Street geographical feature which unflinchingly mocks, skewers, and torments Savannah's most cringeworthy public figures and scandals.

(Language Alert Ahead! You’ve been warned!) 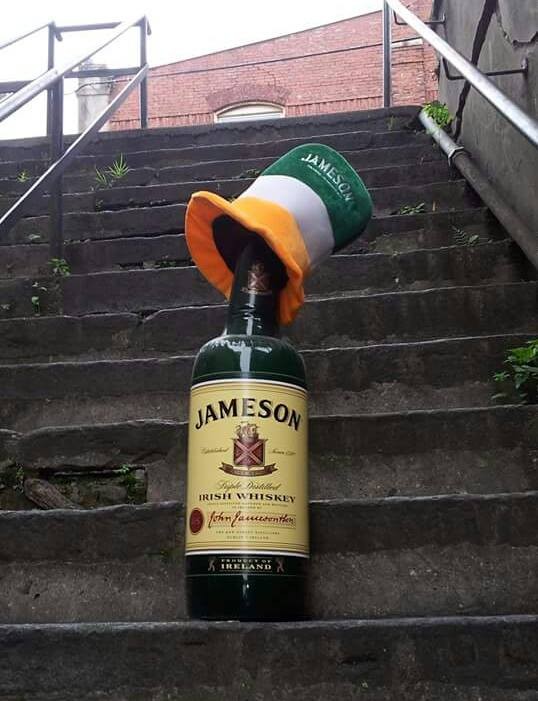 Believe it or not, I love St. Patrick’s Day down here. It’s one part badass party and an equal part shit show (to be perfectly honest with you, I often can’t even tell where one ends and the other begins).

Last year, I did a Stone Stairs Scavenger Hunt piece for Connect. This year, I figured I would just go ahead and do a sort of companion piece with some helpful hints from your old pal SSOD. You know... what to avoid, how to NOT behave like a colossal douchebag, etc.

Therefore, I like to call this one “The Stone Stairs of Death St. Patrick’s Day Survival Guide, Part Douche.”

First off, tip your bartenders... TIP THEM WELL!!! I have many bartender friends downtown that tell me of how, over St. Patrick’s weekend, they work 20 times harder, but really don’t make much more money than they would on a regular, and far less stressful weekend.

Think about it: They are serving up drinks, often working double shifts, to some of the drunkest and sloppiest, ahem, humans on the entire fucking planet that descend on our city over St. Patrick’s weekend. Not tipping is a total dick move—DON’T DO IT.

There is a massive influx of people who travel here from all over the world for this event. With that, of course, brings an alarmingly high volume of douchebags within the masses—that’s just the way it works.

There is a high probability that one of these drunktardiots will accidentally spill their beer on you. Should this happen, I ask that you just shake it off and remember that it’s not really their fault, because... I mean... you know... just look at them. NOT WORTH IT.

Ooooh...I just remembered an actual individual to be on the lookout for: a five-foot-nothing, 90 pound Hooters waitress from Florida I encountered a few years ago. Earlier that day, I was just walking around and minding my fucking business, when I ran into a group of four Hooters girls on River Street.

They were just having a good time at this early point in the morning... except the littlest one. She was already a discombobulated, drunken, shit show.

Nonetheless, she began blatantly and sloppily hitting on me. I wasn’t even remotely interested, and just walked away from her in mid-slurred-sentence.

Boy, oh boy, did that piss her straight off! She started calling me names as I just smiled and kept walking away.... I mean, my beer was empty, so I had far better things to do. Right???

Much later that night...

I stepped out of the same bar and what do you know??!? The Florida Hooters Girls Mafia were outside waiting for me. Except at this point, they were completely out of their minds, “River Faced on Shit Street,” drunktarded at this point.

I must have really hurt her pride earlier, as the little one took the lead, with the other three in tow, as they charged straight at me in an attempt to kick my ass. I remember saying to myself,” Wow. Am I ACTUALLY going to have to defend myself against this???!?”

Luckily, my buddy that I was with just so happens to be built like a brick shit-house. He stood between me and them with his arms raised to the side. They were actually trying to climb over him, flailing their arms in an attempt to claw my eyes out.

My buddy, Brandon, told me to haul ass up to Bay Street. Once I was safely out of getting-kicked-in-the-nuts distance, he followed, and we drank copious amounts of Jameson.

Anyway, if you see a leprechaun-sized Hooters waitress from Florida over the weekend, DO NOT ENGAGE.

Oh, yeah—EAT SOME FOOD. Seriously, St. Patrick’s can be a long day/weekend for some of you, so be prepared.

Me? I’ll be at The Rail Pub for breakfast and beer at 8 a.m. I’ll then wander up towards 318 Drayton (The Original), where I’ll probably indulge in approximately one shit ton of Jameson and beer—Lafayette Square for the parade. After the parade, you should join me for a stroll down to Chuck’s, via Me, The SSOD.