The story of a slave trader

Jim Jordan will discuss his book and sign copies at Ships of the Sea Maritime Museum on Mar. 21 at 6 p.m. The event is free and open to the public.

IMAGINE the last time you cleaned out your attic. Did you find anything important? How much old junk did you throw away?

Now imagine finding a book of letters a slave trader wrote in the 1850s that have been sought after for years. 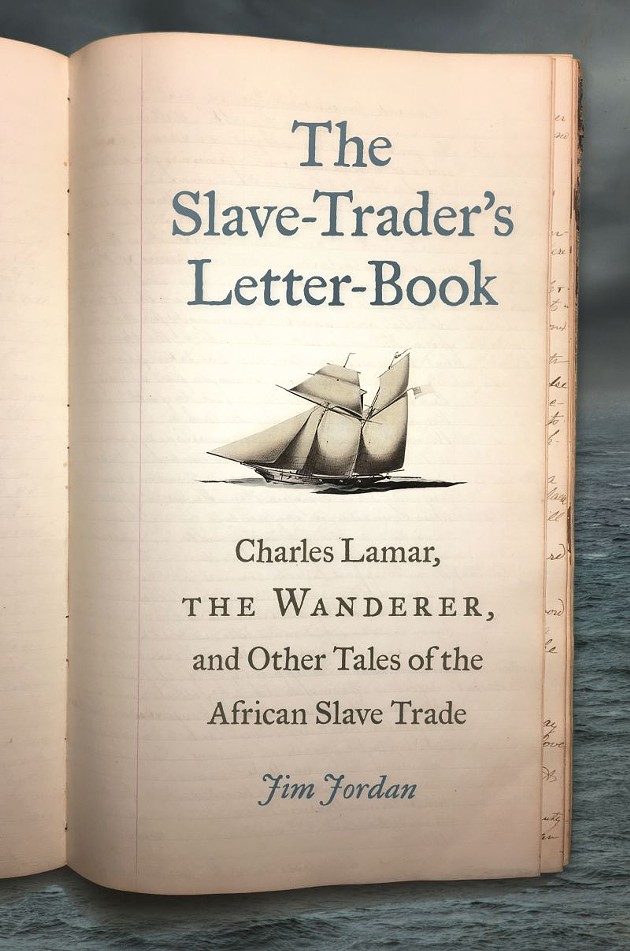 That’s what happened in Montclair, New Jersey, in 1969. A couple moved in and found an old package of letters in the attic. The wife wanted to throw the letters away, but her husband thought they might be important. After the husband’s death in 2009, the wife called the Georgia Historical Society inquiring about the letters. The Georgia Historical Society called local historian Jim Jordan.

Jordan knew instantly the letters belonged to Charles Lamar, a persistent slave trader who commandeered the slave ship The Wanderer. In his years of research on Lamar and The Wanderer, Jordan had never come across the letters but knew they existed due to an 1886 article that quoted them.

Jordan put the letters, along with an overview of Lamar’s life, into his latest book, “The Slave-Trader’s Letter-Book: Charles Lamar, The Wanderer, and Other Tales of the African Slave Trade.”

“Charlie was a really out-of-control individual,” Jordan says. “He was outrageous.”

Lamar, a Savannah businessman, survived the explosion of the ship Pulaski when he was just 14 years old.

“One wonders whether that had any impact on the rest of his life,” Jordan muses, “but other people go through tragedies and don’t become outlaws. It’s an interesting point that when you research a person, you try to build blocks to craft a roadmap that will tell you how someone turned into a slave trader.”

Lamar was involved in the filibustering movement of the 1850s that sought to gain control of South American countries as a way to increase the slave power in Congress. For the rest of his life, he attempted to get involved in the slave trade, all ending poorly. His most notorious attempt, though, was the slave ship The Wanderer in 1858.

“It’s an incredible story,” Jordan says. “It was the first known successful landing of African slaves on American shores in forty years. I don’t know about any others. The book is about what happens after the slaves are landed, how they’re distributed, how the law comes down on them.”

The Wanderer landed at Jekyll Island with 400 slaves, and the size of the cargo sparked attention.

“He wasn’t particularly discreet,” Jordan says. “A good part of the book after that has to do with how Charlie reacted to the authorities. He stuck his tongue out at them, and the net result of that is that nobody paid for the crime.”

The Wanderer was eventually seized by the government.

“They held a trial in admiralty court and [Lamar’s] father-in-law was the district court judge,” Jordan explains. “He ruled on it saying that the ship was used in slave trade and he would put it up for auction. Guess who was there? Lamar—he bought it back. He had cahones.”

Lamar passed away in one of the final battles of the Civil War, and the letterbook ended up with his father, Gazaway Lamar. Jordan traced the letterbook, which was included in Gazaway’s will, through several administrators of the estate, ending up in that attic in New Jersey.

At the Ships of the Sea discussion, Jordan will also discuss the slave trade and its complexities.