FOR ITS TIME, Howard Richardson and William Berney’s 1944 play Dark of the Moon was controversial and even groundbreaking in its statements and themes.

Collective Face Ensemble's David I.L. Poole notes this when talking excitedly about his theater’s upcoming run of the show, and also makes the observation that it’s a show that can be applied to many of the complex issues facing the American people today.

Collective Face’s production of Dark of the Moon launches their 2019-20 “Season of Impostering Identities,” and is an intense and poignant way to kick off an intriguing season. The show will feature live musicians who are characters in the play—two fiddle players, a mandolin player, three guitarists, and a banjo player. The opening night performance on Sep. 13 will feature a post-show reception and cast meet-and-greet. 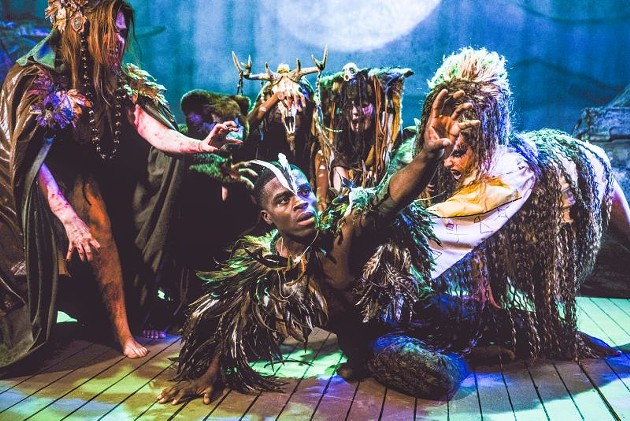 Ahead of opening night, we spoke to Poole about the show and what audiences can expect from the season ahead.

What’s the idea behind the new season of shows?

Poole: This is the season of “impostering identities,” and all of the people in these shows deal with somebody trying to be somebody else or hiding who they truly are. We begin with Dark of the Moon, because it's about John—a "witch boy"—trying to become human. What does it mean to be a human being? This play, written in 1944, is really an allegory for the marginalized.

Next, we’re doing The Curious Incident of the Dog In the Nighttime, which is all about that. It’s about a boy on the spectrum trying to fit into society. Or, is it everyone else trying to fit into his world? This whole season is about perspective. Who’s perspective are you going to go with? What are our identities in the confines of the world?

Tell me more about Dark of the Moon, for those who might be unfamiliar.

Poole: It's based loosely on the folk ballad, "The Ballad of Barbara Allen." It's set in western North Carolina at the foothills of the Appalachian Mountains. The play started off at a college—it was written at a college in North Carolina, and then it became this smash hit on Broadway in 1944. It's got a weird little history. One of the authors worked as an advertising agent for the U.S. government. It got a full Life Magazine article for a production up in Massachusetts, which started a bidding war to go to Broadway.

The reason that it got a whole Life Magazine spread is because the author was working for the government, and got Life Magazine an exclusive on one of the fighter jets in WWII. They said, “If you can get us an exclusive, we’ll give do a story on your play.”

Poole: All of the sudden it becomes this Broadway hit! These theaters were all vying for it, and that’s how it ended up on Broadway. It’s a weird story, and you can actually still find the article.

The play itself was the most produced play by community theaters and regional theaters, all the way up until the early 1980s. There were productions all over the place—high schools were doing it, colleges, etc. 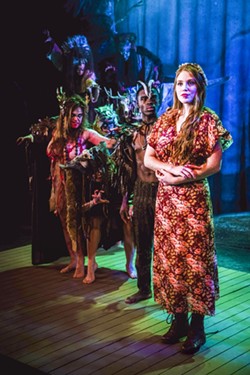 There was some controversy in the 90s about a high school doing the show and a petition to cease production.

Poole: Right! It does have some controversial issues with it. It’s about a witch—which is different than what we think are witches. They’re more like these spiritual beings that cause mischief. They can’t step foot in a church and they’re kind of a bit demonic. Then you have the conjure people, who are human but they can cast spells and have the power of the witches. Then there are the mountain folk, who are the everyday, God-fearing people.

This is the largest cast we’ve ever had. It’s 30 people. This is a huge cast. It’s about a witch boy named John, who falls in love with a human named Barbara Allen, and she falls in love with him. He seeks out the conjure people to turn him into a human. The conjure man won’t do it, and says he’ll regret it. He says, “You don’t want to be human. You want to stay with the witches, and live out your 300 years and turn into mountain mist.” The conjure woman says, “I can do it.” She tells him that he can do it, but tells him that he has to marry Barbara Allen and be faithful to her for a year. He also has to get the ring off the finger of a dead woman for the spell to work.

He becomes human and goes on to court Barbara Allen. She’s pregnant at the beginning of the show, and this is a problem with the mountain folk. There’s a town hero named Marvin Hudgens, and Barbara’s parents are trying to get her married off to him. He has other thoughts, and just has this feeling that he shouldn’t marry her. The major problem of the beginning of the play is that Barbara Allen can’t be married off.

Ultimately, John and Barbara Allen end up getting married and the marriage is consummated. Barbara Allen has the baby in Act Two, and the baby is deformed. It’s kind of a “witch baby,” as they call it. The midwife orders that the baby be burned, so they burn the baby. John says, “Why are they burning my baby?” There are all of these rumors going around that he’s a witch, but he insists that the conjure woman says he’s not a witch. The town folk get really suspicious and really freaked out by him. Later, there’s a church revival and that’s where it gets really crazy.

They force Barbara Allen to repent her sin of being with a witch boy, and tell her to turn to Marvin Hudgens. They basically sanction a rape in the middle of the church. It’s really, really creepy.

It becomes this sort of hive mentality of “persecution of the other.” It’s so allegorical to our times now—the subversiveness of people, and what they use to justify actions that are criminal.

It’s almost ahead of its time, in that way.

Poole: Oh yeah, and this is why these plays are done over and over again. They’re ahead of their time, but at the same time, these are the issues that people have always run into. They’re just presented in different [contexts].

If John had not been “other” and we’d replaced him with someone in our current society who’s been marginalized based on race, sexuality—it could be so easily replaced. We’re taking on these greater issues through art. It’s part of this idea of using art as a platform to start “kitchen table discussions.” I think it’s important to do that. 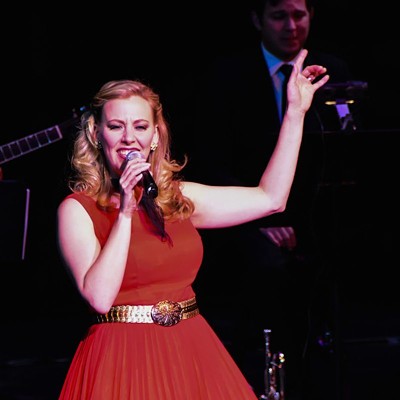