“It’s something that I have never directed before. People have asked when I was going to perform Annie. I didn’t really want to perform it, but I revisited the idea, and it has been a joy to work on,” she says.

“It is strangely apropos to our time right now; it takes place in the Depression — not that we’re in a depression, but certainly, depressed economic times. The message is one of hope, how you think about things, how you view the world — and if you’re Annie, that the sun will come out tomorrow.”

“I also wanted something the audiences would really be excited about seeing,” she continues. “The time is right for Annie .”

The audition process for Annie was long and demanding, Miley says.

“Well over 100 little girls auditioned. We were at the theatre close to midnight holding auditions. The auditions were held for two days.”

Jenn Doubleday, playing the role of Lily St. Regis, explains some of the work involved in the production of the play:

“There’s so much work to be done in any community theatre show, from making the costumes, building the sets, painting, choreography for the kids, to the rehearsal schedule for the adults,” she says. “Our volunteers are second to none. Pretty much the entire show is run by volunteers, and they all do a great job.”

Grace Repella, age 11, has been in plays with the Savannah Children’s Theatre previously, but she’ll be performing her first leading role as Annie in this year’s production. Repella mentions her excitement in playing the starring role:

“I have been in plays before, but I have never been the title character. I love expressing myself on stage. I’ve wanted to play Annie ever since I can remember,” says Repella.

“When I got the part, my dad came to my school, and they called me to the office,” she recalls. “I thought, oh no, I’m in trouble. Then, I saw my dad, and he told me that I got the part of Annie. I just kept screaming. I really wanted to be Annie.”

Miley and the other actors have nothing but praise for Repella. Les Taylor, who plays the role of Daddy Warbucks, says, “She’s wonderful. It doesn’t take her any longer that two times, and she’s got it all down. She understands the character. She’s brilliant.”

Miley also has high hopes for Repella. “Her Annie is just a breath of fresh air. She is so much fun to work with and watch. I think that she is going to absolutely delight audiences.”

“Children bring an enthusiasm, an adulterated passion, and excitement to acting,” Miley says. “I enjoy working with kids. They love the process and the getting and giving from the audience as much or more that adult actors do.”

“I love working with the children,” says Taylor. “They’re a lot of fun. There’s always something new and different with children. What Kelie Miley is doing is great for the children and the city of Savannah.”

“I think the Children’s Theatre provides a really great service,” echoes Doubleday. “It’s fun for the kids to be in a show and perform for an audience. It’s important for children to see other children actors on stage; it lets them know that they can do this. It’s empowering for them.”

A bakery with a purpose

Something Special to offer 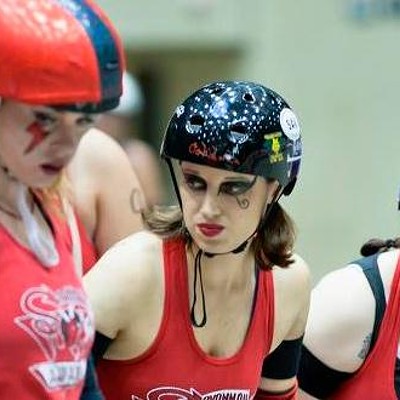