The unbearable costs of mass incarceration

Dr. Harold Branam is a former Marshall Scholar and professor of English. Now retired from Savannah State University, he serves on the Corporation of American Friends Service Committee and writes from his home in Thunderbolt, GA.

WHAT COUNTRY in the world has the most people in prison?

(d) None of the above

This is something of a trick question, since the answer is “None of the above.”  Instead, the nation with the most people in prison is the United States.

The U.S. Bureau of Justice Statistics confirms the U.S. figures:  In 2012 the U.S. had 2,228,400 total inmates in federal prisons, state prisons, and local jails, with 6,937,000 adult offenders under correctional supervision (jail, prison, parole, probation) or about “1 in every 35 adult residents in the United States.”

These figures represent an awful cost to our country’s image as the “land of the free,” “leader of the Free World,” and even raises suspicions about individual law-abiding citizens.

Are we Americans more prone to criminality than the rest of the world?  I don’t think so.  Instead I think we have been using our criminal justice system to cover up underlying social problems like poor education, joblessness, and poverty.

The states that lead the nation in incarceration generally have lower educational levels and more poverty, especially a tier of southern states that includes Texas, Louisiana, Mississippi, Alabama, and Georgia.

These states are in a Catch-22:  Money that should be used to improve education goes to operate a vast, expensive State Prison U.  In 2012 the corrections system cost Georgia taxpayers $1,132,665,955 (Georgia Department of Corrections website).

To fathom this billion-plus annual drain on Georgia, just compare the estimated $706 million cost for deepening the port of Savannah, a project considered vital to Georgia’s economy and in the planning for over fifteen years.

In a 2011 press conference Georgia Republican Governor Nathan Deal said much the same:  “We now spend $3,800 a year for a K-12 student, $6,300 a year per university system college student and an overwhelming $18,000 a year to house an inmate in our state prisons.  That math does not work for Georgia.”

Yet, while some states like Texas and Mississippi have recently cut their prison populations with reforms in sentencing, parole (nonviolent and geriatric prisoners), and treatment (drug offenders), Georgia continues on its costly way.

The biggest costs of mass incarceration, however, are not in money but in human terms.  These costs are borne mainly by poor people and children, especially from inner-city neighborhoods and racial minorities.

In The New Jim Crow:  Mass Incarceration in the Age of Colorblindness (2010, rev. ed. 2012), Michelle Alexander maintains that such disparities in incarceration are evidence of a return to a silent, insidious form of racist society.

The details she gives—of decimated families and communities living in poverty and fear, of people treated as if they have no civil rights—show enough suffering, hardness, and instability to in themselves breed criminality.

Then there are the returning graduates of State Prison U., who often cannot find jobs or housing, qualify for welfare, or even vote.  (In Georgia convicted felons cannot vote while incarcerated, on parole, or on probation.)

Alexander argues that the War on Drugs—with lawmakers mandating harsh sentences and police raiding poor communities like invading armies, sometimes similarly equipped—has been the excuse for this incarceration overkill.

She has an unlikely ally in Kentucky Republican Senator Rand Paul, who, citing the ACLU and Sentencing Project websites, wrote the following in USA Today (July 11, 2014):

“The war on drugs has disproportionately affected men and women of color; minorities are nearly four times more likely to be arrested for certain nonviolent drug offenses, like drug possession, even though surveys show that white Americans use drugs at the similar rate.  This is a travesty.”

For more information on mass incarceration, go to the American Friends Service Committee website, www.afsc.org, and click on “key issues.” 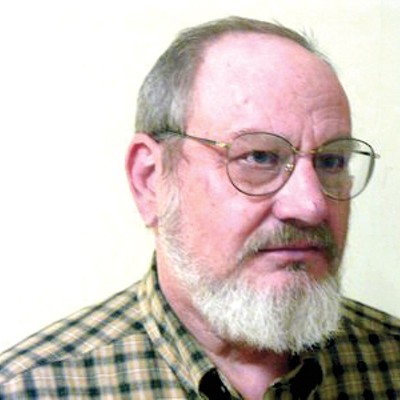 Dr. Harold Branam is a former Marshall Scholar and professor of English. Now retired from Savannah State University, he serves on the Corporation of American Friends Service Committee and writes from his home in Thunderbolt, GA.
More