It’s a simple equation: Three local businesses plus three local charities, divided up amongst three local film crews. The resulting films are ranked, and the winner walks away with a four-figure check.

Yet the Soul Proprietors Film Competition is far more than the sum of its parts.

Launched in 2015 by local engineer Debbie Brannigan, the grassroots contest enlists Savannah’s pool of talented filmmakers to showcase how commerce can positively influence community and still be successful.

Yab Yum Films nabbed the top prize at the first competition with its mesmerizing look at Savannah Bee Company’s work with the Bee Cause Project, which educates schoolkids about the importance of honeybees to world food systems. Last year, Mad Law Media teamed up with Fleet Feet Sports and the Komen Race for the Cure for the win, capturing the wave of pink-clad runners from multiple angles. 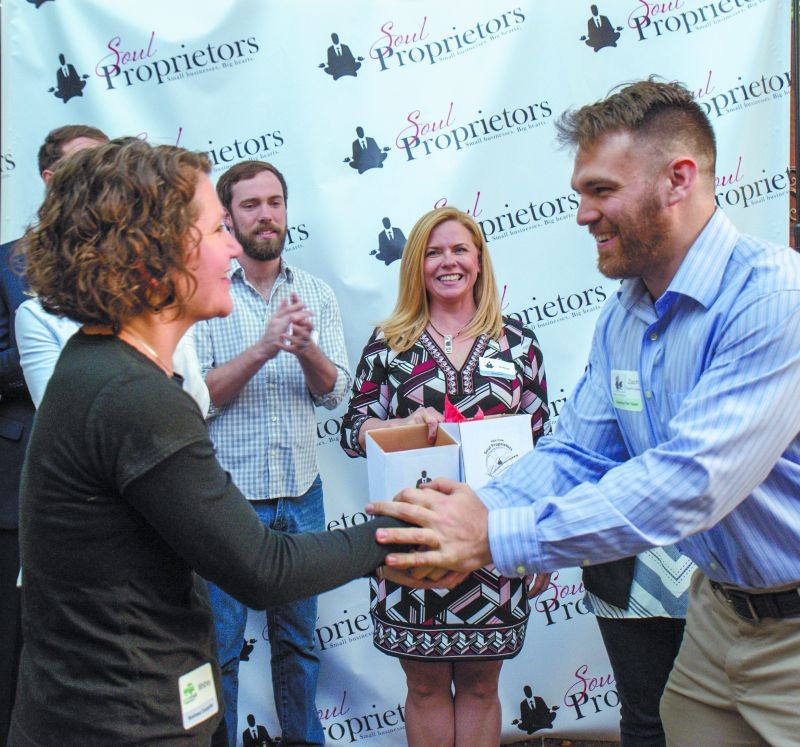 This year, three more small businesses and their favorite charities are ready for their close-ups. They were paired with their respective production crews at the kick-off at Cha Bella on April 6, then each team had five days to create and submit their film to a panel of local judges. (Full disclosure: I’m one of them.)

Scored for artistic and technical merit, all three films will be screened and the winner announced by emcee Kareem McMichael this Thursday, April 22 in the Jepson auditorium. First prize is $5000, second is $1000 and third prize is $500, a hefty enough purse to bring out serious pro competition.

In the geometry of the Soul Proprietors triangle, however, it’s the businesses that sit at the apex.

“Typically, we start with businesses that already give back to the community, and they have a favorite organization that they want to highlight,” explains Brannigan of the vetting process.

She solicits suggestions by word of mouth, adding that getting small business owners to talk about their good works isn’t as easy as it sounds.

“When people are truly humble about what they do, they don’t talk about it!” she laughs.

In spite of their bashfulness, three contenders emerged for the 2017 competition: 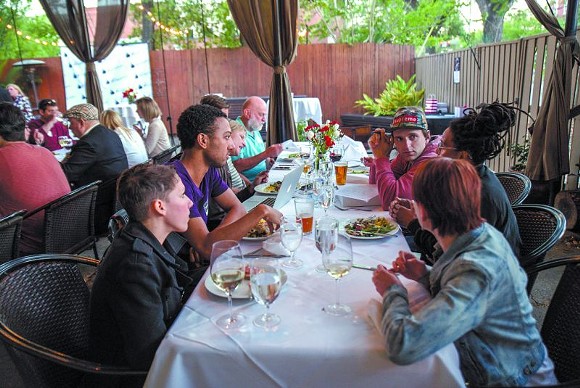 Maven Makers is a collaborative makerspace on West Boundary Street where lay folks can get their craft on with patient experts and locally-sourced materials. Co-founder Ty Donaldson describes it as “kind of like a gym,” except instead of weights and mats the room is full of woodworking tools and machines and 3D printers.

Tybee Island-based production company Tytan Creates captures the mavens in action with the eager charges of Design for Ability, a non-profit that explores creative possibilities and vocational applications for at-risk students.

Those who spend time at the Sentient Bean will see plenty of familiar faces in Somewhere Pictures’ sweeping shots of its regular clientele. Owners Kristin Russell and Claren Jamerson are still the ones making the scones and washing the dishes at their busy coffeeshop that plays host to a calendar of creative events and community conversations, including those presented by their chosen non-profit Emergent Savannah. With its Monday Means Community gatherings and roundtable discussions on the real issues affecting the city, Emergent Savannah aims to “make civics sexy” and connect citizens to each other, politically and culturally.

Green Truck Pub was one of Savannah’s first farm-to-table restaurants, set apart by its accessible price point and commitment to the Forsyth Farmers Market.

All three films will be up on the Jepson’s big screen this Thursday, and 100 percent of ticket sales go to the charity of the winning film. The show is preceded by a VIP reception with beer provided by past Soul Proprietors contender Service Brewing Co.

For Brannigan, the annual Soul Proprietors Film Competition is a labor of love, financed and planned mostly by herself and partner David Murphy. She hopes to land a corporate sponsor and bring the concept to other cities in the coming years, and in the meantime, she feels that the message is more relevant than ever.

“This new administration has brought back the old-school business mentalities of ‘every man for himself’ and ‘profit above people,’ but this is not how new business sees its role in the world anymore,” says the self-described soul seeker.

“I think all of the business owners I’ve featured are great examples of an evolved model that can make money and help people at the same time.” 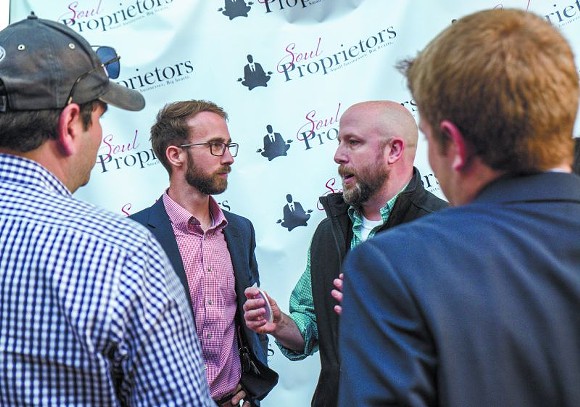 Once a teen mom with few prospects beyond the fast food counter, she was offered similar sort of kindness when a Detroit engineering firm hired her to sketch car parts back in the 1980s.

Following the opportunity to its highest level, she’s now an aerospace engineer who designed the flight deck for Gulfstream’s new G500 and the first woman to hold a patent for the company.

Brannigan hopes Soul Proprietors’ positive stories will counteract some of the recent corporate ugliness in the headlines, notably the United Airlines passenger dragged off a plane after it had been overbooked.

“There’s so much more negativity now, all these businesses bullying people and trying to take every penny they can,” she says.

“We need to see more of the good side.”