The world of ‘Pinkalicious’ comes to life

The popular children’s book series Pinkalicious tells stories of Pinkalicious Pinkerton, a girl who lives in Pinkville and goes on adventures with her brother Peter. The books, written and illustrated by Victoria Kann, are immensely popular—so much so that they spawned a stage production called Pinkalicious The Musical.

The musical is now being adapted on the Savannah Children’s Theatre stage, in a production starring Molly Bass in the titular role.

“She is a quirky and energetic girl who loves pink and her family more than anything,” Molly tells Connect. 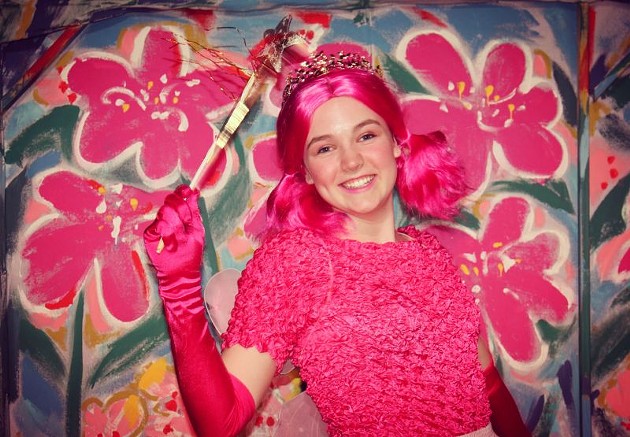 “This show is about Pinkalicious eating lots of pink cupcakes and getting into a lot of chaos, but also finding out that there are some things that matter more than pink along the way. Things such as her family and friends.”

Savannah Children’s Theatre’s production of Pinkalicious follows a successful run of A Year With Frog & Toad, another show based on a popular book series. Pinkalicious opens on Sep. 27 and runs for two weekends.

In the musical, which originally ran off Broadway starting in 2007, Pinkalicious is warned by her parents not to eat too many pink cupcakes. She doesn’t listen, and is diagnosed with “pinkititis”—an illness that causes her to turn pink. She is tasked with figuring out how to cure herself.

The show, of course, includes plenty of songs that Molly describes as “catchy and fun.”

“They each have a different style but are all super fun to sing,” she says.

Because the books are so imaginative, putting a show like Pinkalicious on stage is seemingly a ton of fun. Molly agrees, and says that the most fun aspect is “bringing the magic written on the page to life.”

“Anything can be written in a book but it is fun to do some of the crazy stuff in the book onstage like turning pink, dreaming about cupcakes, and much more,” she says.

As for her favorite moment in the show, Molly has a couple that are particularly fun for her. You can likely guess, however what part of the show she looks forward to the most.

“I really enjoy when I go to the doctor and do a fun little dance,” she says. “But I’d be lying if I didn’t say it was getting to eat pink cupcakes on stage.”