“Rep is short for repertory, of course,” says Executive Artistic Director Ryan McCurdy. “But for all legalities and branding purposes, we’re calling it Rep.

“We figure people will call it that, anyway,” he says. “Our next show will be the first under the new name.”

“This is from his middle career. He wrote it from the frustration of living in New York.

“A man and woman meet each other and have a bad encounter, then dream about each other, then meet again,” McCurdy says. “I thought perhaps it’s too regionally specific for Savannah, but the fight at the center of the play is over a can of tuna fish at a supermarket.

“While watching shoppers fighting for produce at Kroger, it occurred to me that this play is not unique to New York,” he says. “I think it’s worth a view here, too. It’s really clear, with dialogue-based scenes and outlandish monologues.”

The theater’s new name will set it apart, but why is it called Cardinal Rep? “There is a lot of different etymology for that word,” McCurdy says.

“If you look back to The Three Musketeers, a cardinal was really powerful among the ruling classes,” he says. “We have cardinal rules, cardinal law, and cardinal is synonymous with first, specifically in regard to putting things first in life.

“Since the folks we work with are so passionate about theater, it seems good to use an old word with new usage,” McCurdy says. “Like any other company in the city, we needed a name no one else had.” 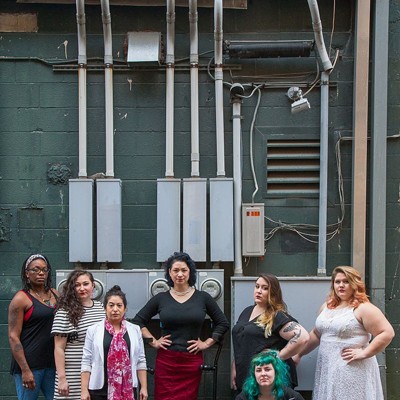