Thrillers for the Halloween season — and Downton Abbey Mania continues

Monster on the Campus

The Reincarnation of Peter Proud

GREETINGS, adventurous movie lovers. Thanks to all Film Scene readers who made it out to the Sentient Bean Coffeehouse for last week’s Psychotronic Film Society presentation of the underappreciated 1959 sci-fi thriller "4D Man." It was a hoot and a half.

This week on Oct. 16, the PFS’ long-running Wednesday night series of overlooked or marginalized feature films from around the globe continues at the Bean with the organization’s third horror selection in a row (it’s October, don’tcha know): the slightly campy 1958 B&W shocker “Monster on the Campus,” directed by the great Jack Arnold – who also helmed such classics of the genre as “Creature from the Black Lagoon and “The Incredible Shrinking Man.”

Beloved as a guilty pleasure by old-school monster movie devotees, it’s the tale of a mild-mannered college professor who finds himself occasionally (and unwillingly) transformed into a wild, raging Neanderthal man. Though not nearly as well-known as some of Arnold’s other projects, in many ways it is just as entertaining. 8 p.m. showtime. 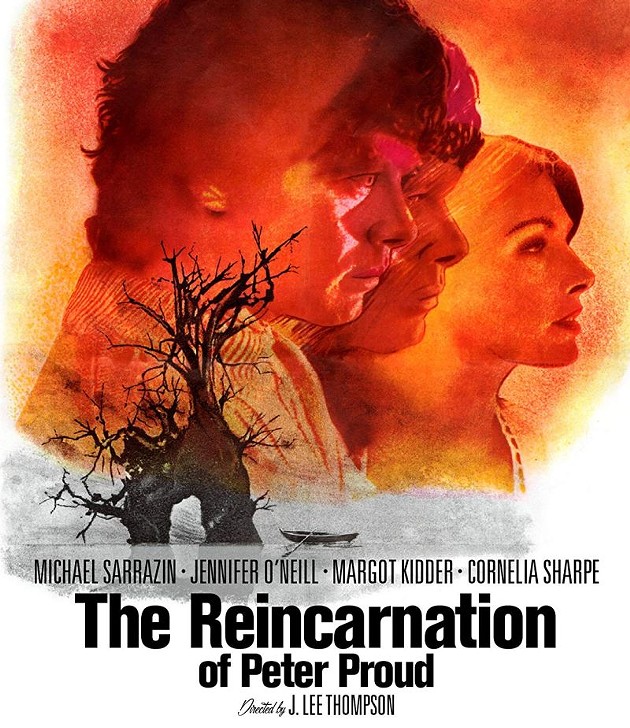 The Reincarnation of Peter Proud.

One week later, on Oct. 23, the PFS presents a rare public screening of the extremely obscure 1975 romantic horror-fantasy “The Reincarnation of Peter Proud,” based on the popular novel of the same name. This eerie, independently made slow-burn of a flick about a man beset by recurring, confusing and violent nightmares which he comes to believe may actually be repressed memories of a previous life stars Michael Sarrazin (“They Shoot Horses, Don’t They?”) and Margot Kidder (“Superman”) and was directed by none other than J. Lee Thompson, the highly respected British-born filmmaker responsible for the original “Cape Fear” (shot right here in Savannah) and “The Guns of Navarone,” among other well-known titles.

An engrossing movie that’s more creepy than outright scary, it lapsed into obscurity almost immediately after its short theatrical run, and for decades could only be found on blurry, cropped VHS tapes.

This presentation features a full, uncut widescreen print. 8 p.m. showtime, and as with all PFS events at the Bean, that restaurant’s award-winning vegetarian and vegan menu will be available, plus fair-trade coffees and teas, and discounts on craft beer and organic wine during the movie.

Moving out to the lovingly restored and updated Mars Theatre in the nearby Effingham Co. city of Springfield, Ga. (just a 35-minute drive from Savannah), that family-oriented, single-screen venue continues its extended run of the just-released CGI animated reboot of the “Addams Family” franchise.

Then, on Oct. 24, the Mars kicks off a lengthy run of “Downton Abbey,” the first feature-length theatrical film based on the insanely popular ITV network series of the same name (seen here in the states via PBS). Set in the late 1920s, it chronicles the continued exploits of the fictional Crawley family of English aristocrats at their sprawling country estate.

One of the most adored British TV costume dramas ever made, “Downton Abbey” was celebrated with scores of major industry and viewer awards during its six seasons, and this filmic offshoot (which finds most of the show’s cast reprising their roles) continues in that tradition, with almost universal critical acclaim, and box-office totals of almost $150 million after only one month in cinemas. 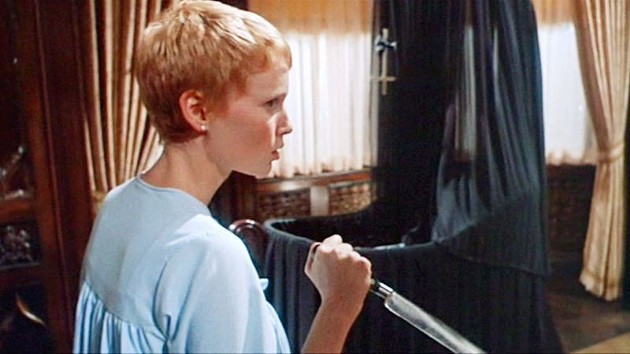 And finally, on Oct. 24 out at the beach, the historic, restored Tybee Post Theater will present a one-show-only viewing of celebrated (and, in some circles, reviled) Polish writer and director Roman Polanski’s 1968 psychological horror masterpiece, “Rosemary’s Baby,” starring John Cassavetes, Ruth Gordon, Ralph Bellamy, Mia Farrow and “The” Charles Grodin (in his feature film debut, no less).

A legitimately unnerving motion picture that benefits greatly from a quiet and respectful theatrical setting (hint, hint Tybee folks: no incessant chatting during this one), this portrait of a young, pregnant NYC woman’s descent into paranoia amid fears that a cult of devil worshippers has nefarious designs on her unborn child has been a part of the collective consciousness of American moviegoers for so many decades that it may be difficult to find someone who doesn’t know much about the film — even if they have never actually watched it from start to finish, let alone seen it at all.

Still, that’s no reason to spoil the circuitous plot or to indulge in the type of kneejerk, modern-day revisionism that many younger viewers unfathomably seem to have succumbed to (which renders them incapable of suspending disbelief long enough to appreciate a genre film as anything more than the Seth MacFarlane-style ironic laugh-riots they incorrectly assume anything made before their birth to automatically be).

So, do your friends and family a favor. Keep the details of this movie to yourself, and then show up, buy a ticket and go along for the ride – even if you know the endgame.

Oh, and do also try to separate the value of an artist’s creative work from the reality of their personal lives. The fact that this film’s director and its female lead have both been widely accused of different types of behavior that many understandably view as despicable at best and criminal at worst should have little if any bearing on the caliber and worth of their artistic accomplishments.

In particular, those on display in this beautifully made, Oscar and Golden Globe-winning effort by the one-and-only horror film producer extraordinaire William Castle. 7 p.m. showtime, and admission price includes your choice of beer, wine, or soft drink.