LUSH: A Celebration in Pink

MARCH IS special to Peter Roberts for two reasons: it’s Women’s History Month, and it’s the three-year anniversary of the opening of his Location Gallery.

The two collide at “LUSH: A Celebration in Pink,” which opened last Friday and is on display through Mar. 29.

“I really wanted to do a palette challenge, and I liked the idea of doing pink,” explains Roberts. “When you think about pink, it can go from baby pink all the way to hot pink. It’s really elastic and alive.” 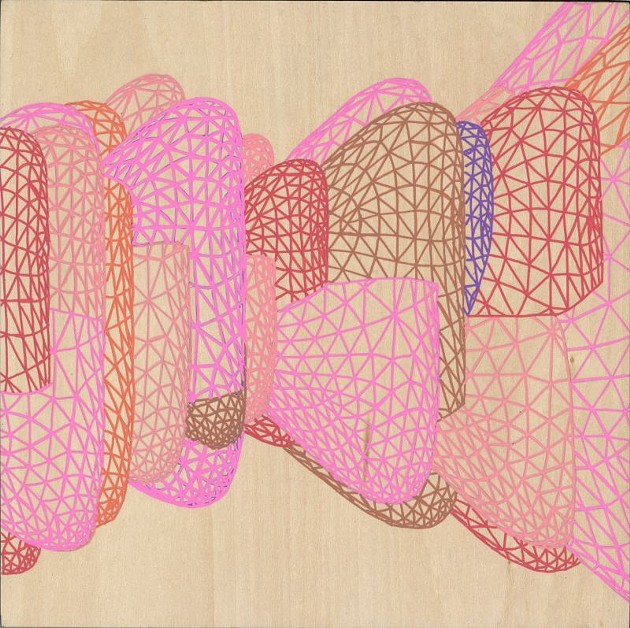 Peter did a lot of research about pink prior to the show.

“Pink in and of itself does not mean an actual color, it means a tint,” says Roberts. “There’s white noise and red noise, and there’s a frequency right in the middle called pink noise. Examples of pink noise are a heartbeat, tides—it’s really interesting stuff.”

The exhibition includes 35 artists, a big show even by Location’s generous standards, and is a fun color survey. What’s interesting about the show is how each artist responded to the color.

“I just made sure I was asking a lot of different artists,” says Roberts. “I wanted it to be a show that was diverse. I wanted a different approach.”

That’s one of the reasons that Location Gallery has been so successful for three years. The artists participating in each show represent a who’s-who of the Savannah art scene. A beginner to our community could learn a lot from attending a show at Location.

“We’re a little corner of the art world in Savannah, which is great,” says Roberts. “We’re trying to build a better community one art show at a time. So I think what it does for people attending, especially new people, they’re like, ‘Oh, this art is fun, it’s not intimidating.’ You can find some really cool stuff and buy original art.”

In its three years open, Location Gallery has also expanded from its original location at Austin Hill Realty on Whitaker to the LGBT Center on Bull Street.

“It was really crazy, but it’s worth doing. I learned that I always say, ‘Yes,’ and sometimes I should say, ‘Maybe,’” laughs Roberts. “I showed them how it could be done. The Center is such a valuable part of the community now, and it’s so needed.”

"Drawn and Quartered" by Kelly Boehmer

Another perk at Location is that their artists are taken care of.

“They get paid, so they’re happy,” Roberts says. “We’re not asking for a 100% donation from the artists, which somehow is still happening. I don’t understand that. You pay your accountant, you pay your attorney. Pay your artist.”

Location also donates its gallery profits to a local nonprofit for each exhibition.

“I think we’re lucky, in a sense,” says Roberts. “Austin Hill loves philanthropy. We’re very lucky that he’s so far-seeing. we’re fortunate to have him as a supporter of visual arts. I know sometimes it takes people a minute, like, ‘Are you a gallery? Are you a realty company?’ Sometimes we get the thing of, ‘If you had a real gallery...’ and I’m like, You know what? That’s okay. We have a lot of great support.”

This month, gallery profits go to the League of Women Voters for Coastal Georgia.

“We’re sort of the kickoff event for Women’s History Month with the League of Women Voters of Coastal Georgia,” says Roberts. “What’s so interesting about them is they’re totally non-partisan. They’re just showing people, this is how you vote, this is why you vote. Make an informed decision. These are your candidates. These are their voting records. I just love that they’re making a more engaged voting populace, which is the right thing to do.”

Tacos for a cause