PRESENTS AREN'T the only thing getting tied up this holiday season.

The naughty list gets all its Christmas wishes this year at Club One, where the Tied and Tasseled Fetish Cabaret hosts its Ho Ho Holiday show. On Thursday night, the troupe’s Ginger Von Bleu, Bo Blush, Rose la Ruse, Kim the Dancing Fool, Anne Drogynous, and special guest Kia Sedona of The House of Gunt present a show for the season with kinky Christmas fun and flair. 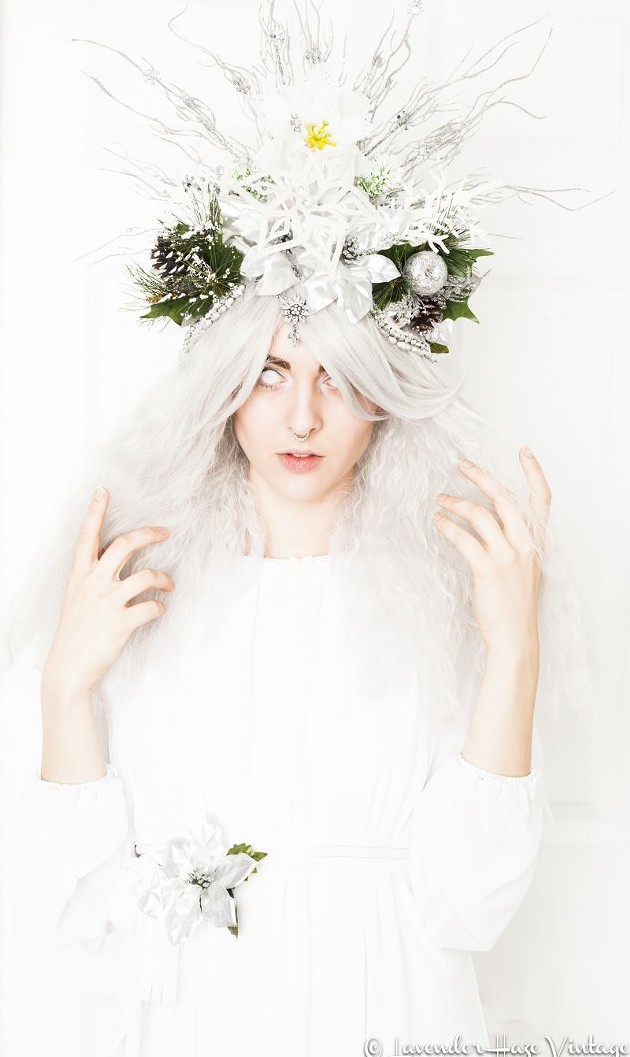 “It’s a very creative show, and it’s not what you expect. Even when you think you know what happens next, you get completely thrown off. It’s very entertaining and exciting. We like to engage the audience, too.”

The 2017 Ho Ho Holiday show is the troupe’s third annual Christmas cabaret. Over the years, the troupe has grown, developed, and honed its style and energy onstage.

Founded in 2014, Tied and Tasseled was established to open audiences up to the world of kink and performance through one-of-a-kind performances.

“The concept was to create a burlesque troupe that also represented the fetish community,” Blush says.

“What we do in our performances is we try to show people that there’s more to the fetish community than leather and chains. There’s so much more to it!”

For many performers, Blush included, Tied and Tasseled was their very first experience with performance. 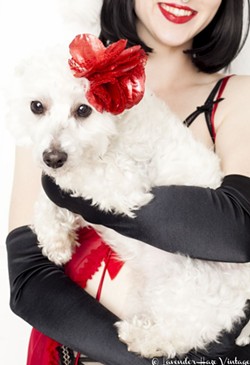 “Most of us were not classically trained in any kind of dance,” says Blush. “Some of us took dance when we were younger, but a lot of us loved the idea of burlesque and were fetishists in our own way. We loved the idea of putting that all together.”

It takes a lot of guts to get onstage, and those pre-show flutters don’t necessarily go away, even after three years.

“Some of us still get very nervous when we get onstage,” Blush shares. “We’re showing a part of us that’s very delicate. It’s a sensitive part of us that we’re expressing to people.”

Combining the classic humor of burlesque with elements of Goth style and cosplay culture and peppering in some unexpected twists, the troupe has made a name for itself in Savannah and surrounding areas through touring.

They’ve performed in a variety of clubs throughout town, but these days, you can catch Tied and Tasseled shimmying and seducing every other month at Club One. 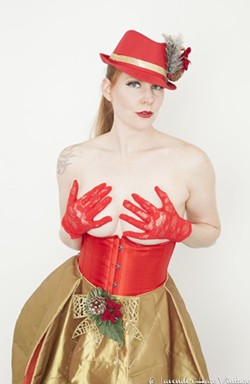 “It’s the best stage we’re performed on,” says Blush. “We love it. The green room has great mirrors, the stage is nice and big, the lights are great, and it’s so much easier to interact with the audience. We have so much space to do more.”

At the Ho Ho Holiday show, Tied and Tasseled will take audiences on a worldwide tour of holiday tradition with nontraditional spins.

The troupe is also embracing the season’s charitable nature and will be hosting a donation drive for The Humane Society of Savannah.

Helping out less-fortunate pets in the Lowcountry is an issue near and dear to the stars of Tied and Tasseled. 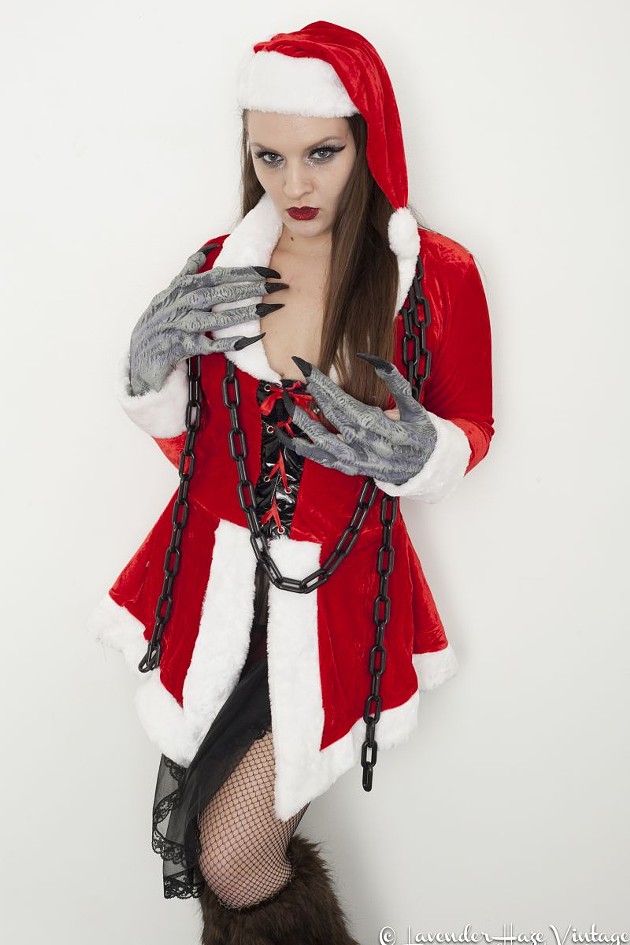 “All of us are animal lovers,” explains Blush. “We all have pets—and if we don’t have pets, we really want one! We’re all advocates for animals and we’re just thinking that the best time of year to have a charity show is during the holidays and Christmas. We’re asking people to bring us donations. And they’ll also hear about the Humane Society, so maybe they’ll even go and adopt.”

After their big holiday bash, the troupe will work hard planning their 2018 calendar. There are tour dates in the works, and Tied and Tasseled looks forward to sharing their art and the inclusive spirit of the fetish community on the road and in Savannah.

“We’re everywhere, not just hiding in the dark outskirts of the city,” Blush says of fellow fetishists.

“Everyone has their own kink. At Tied and Tasseled, we’re trying to show people that you might not know you have a kink, but there may be something you’re into trying. We make it fun.”