FOR Tiffani Taylor, it all started with a dream.

Raised in Ogden, Utah, by a single mom, Taylor came from humble beginnings.

In high school, Taylor learned about SCAD from a poster in her high school classroom—“with a little tear-away tab,” she laughs. “I saw the poster of Poetter Hall and I just knew that was home. That was my destination.”

Taylor received the Presidential Scholarship that allowed her to afford college and moved across the country to pursue her dreams of being an artist. 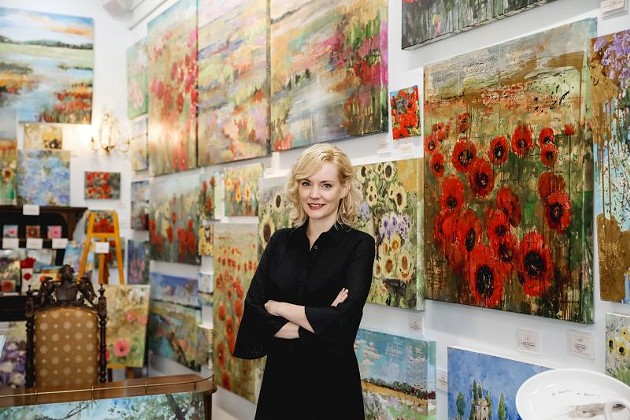 One way Taylor writes those success stories is with the Savannah Art Walk. Held every second Saturday, the walk is in its fifth year and visits 26 galleries in the downtown area.

“My goal with Savannah Art Walk has been to build Savannah as one of the preeminent source for art collecting,” she says. “It really does take all of us for this to happen, and I think we’ve done an amazing job collaborating and connecting and being positive and lifting each other up.”

However, Taylor acknowledges that it took her quite a while—three years, exactly— to get herself in a place to help others in the way she wanted. 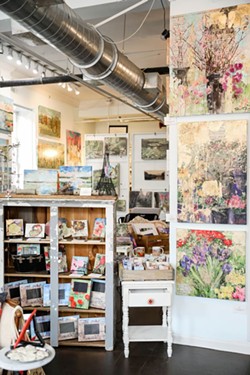 “My first three years of having the gallery were so difficult,” says Taylor. “[With] the trials and tribulations that strengthened me, I didn’t have time to connect with other artists.”

A hotel owner downtown asked Taylor to create a speaking engagement for artists. At the same time, Taylor was fielding questions about the lack of an art walk in the downtown area.

“I was immediately guided to just ask, ‘Will you support an art walk?’” Taylor remembers. “God gave me this epiphany of, ‘Utilize this for an art walk.’”

The Savannah Art Walk is free and open to all who want to participate. Visitors who spend more than $20 on art receive a raffle ticket, and Taylor says the ticket receipts show her that the walk is increasing foot traffic and patronage in the downtown art scene.

Around that same time of beginning the Savannah Art Walk, Taylor was afforded another great opportunity.

“In having a brick and mortar shop, there are many components you have to problem-solve,” says Taylor. ”After three years, I wrote to President Wallace about being an artist in residence in Lacoste, and that’s when I was given the opportunity to be an Atelier Ambassador and open a gallery for three months in France.”

After selling art to patrons from the world over, including Pierre Cardin, Taylor moved back to Savannah. 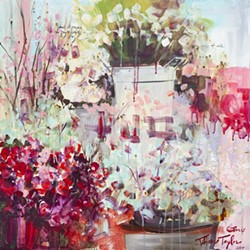 Taylor credits carving out time to meditate or run with assisting in her calm attitude, as well as recognition of where she’s come from.

“The positive energy really stems from being a little girl and standing in the welfare line, being treated very poorly,” she remembers. “I made a decision that I will be nice. In the position of power I have, whatever it may be, I’m going to use it to help people who are speechless.”

“One of my patrons lost both of her sons, and she commissioned a beautiful painting to commemorate them,” Taylor says. “We’ll have prints of that for sale that I’ll be signing. A percentage of all our sales will go to Helping Parents Heal.”