As we go to press, the STVR Ordinance is on the agenda for this Thursday's City Council meeting.

SAVANNAH’S NEW Short-Term Vacation Rental (STVR) Ordinance has now been on the books for almost 18 months.

While it has succeeded in reigning in the disruptive behavior of certain bad actors, mainly “party houses” in the Historic District catering to stag and hen parties, it has been even more successful in its true objective—raising new barriers to entry into this lucrative market after services like Airbnb so dramatically lowered these barriers.

The ordinance was written by and for the entrenched interests of downtown property owners, seeking to preserve their dominance in the short-term rental market, and hoteliers seeking to limit the growth of new, competing supply in a market where they are already concerned with over-building.

It is time to repeal and rewrite this unfair ordinance.

The most straightforward reason to repeal the current Short-Term Vacation Rental (STVR) Ordinance is that it blatantly violates state law, plain and simple.

According to O.C.G.A. 36-74-30(b), “in no event may a local government require the registration of residential rental property.” The STVR ordinance explicitly states that STVRs may only be created from “residential dwellings.”

The conflict is clear, and probably requires enabling legislation at the state level to resolve. However, its illegality is not the only reason to repeal the STVR ordinance. More importantly, it just doesn’t work, for visitors or for residents.

First of all, the ordinance seeks to fight market forces, and that’s never a wise path. Visitors, especially younger ones, want to use Airbnb and other “sharing economy” channels to find accommodation.

They want authentic experiences. They want to inhabit Savannah for a short time, like a local, often with the guidance of a local host.

Let them, and not just in the Historic and Victorian Districts. Let them stay in up-and-coming neighborhoods like Starland where there are no hotels but plenty of new, locally-owned businesses thirsty for the economic boost that the disposable income of visitors can provide.

Second, the current ordinance is an offense to the property rights of homeowners. I’m not talking about second-homeowners or absentee owners of multiple investment properties. I won’t ask you to have sympathy for them.

I’m talking about lower and middle class homeowners out there struggling to pay their bills and improve their properties.

Demographics are changing. Family size is decreasing. But the housing stock in traditional neighborhoods stays the same.

Therefore, a lot of people have extra space they can profit from, responsibly.

“Why not rent long-term?” some might ask. Well, if the extra space is a part of your home, renting short-term to visitors allows the homeowner obvious benefits—you have extra people in your house only when you choose.

Also, as someone who has rented to students and twenty-somethings long-term, and then switched to renting to visitors short-term, I can tell you the short-term renters are far more courteous and respectful towards the property.

And more often than not, the parking they need and the traffic they create is less than that of long-term renters.

The purchase of a home is likely the greatest investment most people will ever make. Let’s not deny them the opportunity to profit from it if reasonable performance standards are met.

This disenfranchisement of homeowners could have been avoided, but throughout the process of drafting the STVR ordinance the City stubbornly refused to separate the issue of absentee investment properties from that of owner-occupiers looking to rent out extra space.

In fact, the ordinance that went before City Council is exactly what was presented at the first public meeting on the subject (though there were two last-minute changes that I will address shortly).

The “public participation process” was at best lip service to the idea, and at worst a fishing expedition to collect addresses to investigate once that ordinance was passed.

As to those two last-minute changes—the first change was to alter the name of the ordinance from Short-Term Residential Rental (STRR) Ordinance to the Short-Term Vacation Rental (STVR) Ordinance.

This seemingly minor semantic change was actually a gargantuan fig leaf meant to hide the fact that the City was breaking the state’s previously-mentioned law banning the registration of residential properties for rent.

The second last-minute change to the ordinance leads to the City’s second infringement upon state law. It is more technical, but no less important.

The state’s Zoning Procedures Law (ZPL) sets the minimum standard for public participation and public notice when it comes to any zoning action, which includes the creation and regulation of a new use.

The City of Savannah’s charade of considering opposing voices aside, the ZPL was broken when the City removed from the ordinance an entire zoning district (TN-2) that had previously been included throughout the drafting process, passed by the Metropolitan Planning Commission (MPC), and publicly advertised in the Savannah Morning News.

The story of how and why TN-2 was removed is interesting, but will be saved for another time. The important thing is that it was removed without public notice or discussion, thus breaking the ZPL.

Ironically, it is this second last-minute change that led to the text amendment currently before City Council, allowing for reconsideration of the entire ordinance. The current STVR ordinance is deeply flawed, for all the above reasons.

If the new Mayor and Council truly want a better ordinance, one that protects downtown neighborhoods from being hollowed out, allows responsible homeowners to profit from their extra space as they see fit, and allows Savannah to meet the demands of the new sharing economy, they have the perfect excuse to scrap it and start over. 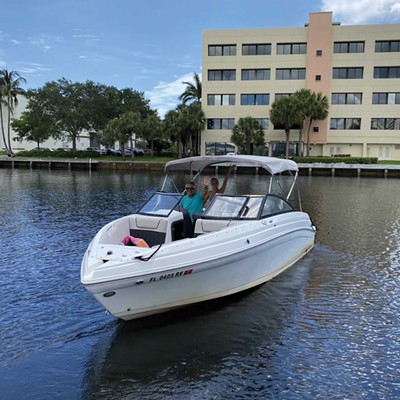