Costumes and live music make the tradition a Savannah favorite

Over the years, Rock 'n’ Roll Prom at The Jinx has become a tradition for Savannahians with a penchant for fun, costuming, and dancing all night.

If you were prom royalty in high school, found the whole affair overrated, or skipped the rite of passage entirely, Rock ‘n’ Roll Prom offers all the pomp and circumstance of a ball—just with less “Electric Slide” and more booze. 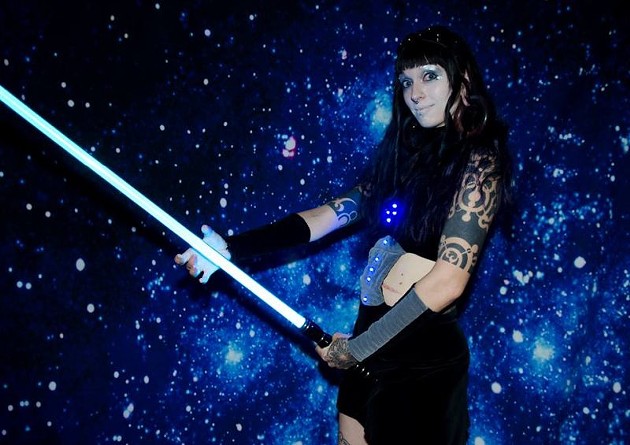 Look forward to live performances from Savannah surf band The Wave Slaves, rock ‘n’ roll from COEDS, and the vintage stylings of The Hypnotics, playing all the songs your folks kicked it to at after-prom.

Prom royalty will be crowned by audience vote, with winners earning a special prize package. This year’s theme is Time Travel—whether you’re feeling like 1.21 gigawatts of cinematic style or prefer to don the attire of your favorite historical period, all costumes are welcome.

The photo booth, manned by local musician/photographer Peterson Worrell, is a must-do. Find some inspiration for this year’s costume in shots of Rock ‘n’ Roll proms of yore.