To open or not to reopen? That is the question 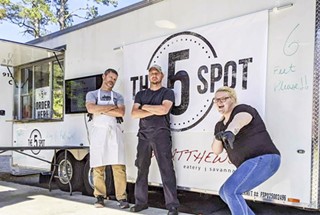 WHEN GOV. KEMP issued his instantly controversial executive order allowing restaurants in the state to reopen dining areas this past Monday — albeit with many restrictions — local restaurant owners had to navigate a series of difficult, and ultimately completely individual, decisions:

• What does reopening look like? When Kemp gave the order, specific guidelines were still days away from being announced.

• How many staff will be needed, and how best to get them back on board? Many employees were just beginning to receive unemployment benefits, including an additional $600 a week for four months. Would they opt to return to a sketchy and uncertain work situation, in exchange for what in some cases would be less money?

• And perhaps most problematic of all: What will the public think? Would the reward of reopening be outweighed by the inevitable social media outrage?

In the case of quite a few locally-owned restaurants in Savannah, the flow chart led to the same decision:

It’s just too soon to reopen for full service.

“The guidelines the governor’s office released for dining room operations are fairly difficult to implement effectively, and I’m not sure it will be worth it as written for the restaurants or for the customer’s experience,” says Joshua Yates, owner of The Green Truck Pub, among the many opting not to dip their collective toes back in the water just yet.

State restrictions include enhanced social distance spacing between patrons, and extensive use of masks and gloves by service personnel – altogether not the most appetizing picture.

In some cases, the social distance requirements cut down on the number of patrons to the extent that a restaurant would literally lose money trying to serve the few allowed inside.

The guidelines call for having not more than ten guests per 500 square feet of public space. For many restaurants, that would mean only having five or six available tables – barely worth keeping a kitchen open.

Owners cited concerns not only of finding enough staff, but more importantly, concerns over the safety of their staff.

“We’re a sensitive employer. We got enough of a barometer to gauge that it was going to be very difficult to staff,” says Brian Huskey, whose Gaslight Group includes The 5 Spot, B. Matthew’s, and Abe’s on Lincoln.

The Foxy Loxy portfolio of establishments, a major locally-owned employer, quickly came to the same conclusion.

“We just wanted to take a minute to let y’all know that despite the Governor’s choice to ‘reopen’ Georgia businesses, we do not have any plans to change our current protocols or to open the courtyard. We are balancing the health and well-being of our customers, staff and community,” Foxy said in a statement.

There’s also the pure business aspect of it, Huskey says — the demand just isn’t there yet.

“On the marketing side, hotel occupancy rates are about as low as oil prices,” Huskey says. “We could open B. Matthews, but there’s just no one downtown to feed right now. That would be a terrible business decision even if you’re allowed to reopen.”

Huskey says for him the bright side has been the enhanced business coming from the food truck, which makes regular rounds to residential areas.

“Our trailer has outperformed 5 Spot on Habersham several times during this ordeal,” Huskey says. “Many neighborhoods have been very appreciative and generous.”

The food truck’s performance has been so good, Huskey says, he’s considering adding a second one. The success is relative, however, and of course is in no way a replacement for his brick and mortar businesses.

Some restaurants, like Coach’s Corner in Thunderbolt, were initially planning to reopen dining areas, but decided against it for a variety of reasons – including public sentiment.

“After the new guidelines by the Governor came out yesterday afternoon and the public outcry.... we have decided to not open our dining room yet,” owner John Henderson said. “We will continue to do takeout and delivery, however we will provide tables outside in the parking lot so that patrons that come in the same vehicle can dine together outside.”

But for the most part — between the hammer blows of the cratering economy, poorly administered relief programs, public sentiment, and the health threat itself — restaurant owners find themselves in a real damned-if-you-do, damned-if-you-don’t bind, in an industry already notorious for thin profit margins even in good times.

“I’m not saying that restaurants and other businesses that are choosing to open are wrong for doing so. It’s an incredibly difficult position the state has put us in, and those that are in danger of losing their livelihoods may be under tremendous pressure to see revenues come in,” Green Truck’s Yates says.

“Many of us were hoping for some kind of assistance from the Small Business Association but many, ourselves included, didn’t get a piece of that pie,” he says.

“I feel that to reopen now, without hard data that shows we are in the clear and against the federal government’s reopening guidelines would jeopardize everything we’ve sacrificed so far in closing down and furloughing staff,” says Yates.

“We’ve endured a lot of hardship to see it wasted by reopening too early.”