Editor's Note: To the Cold Warriors

EVERY YEAR about this time we hear a lot about the Greatest Generation, those Americans who grew up in the Depression and then answered the call to fight and defeat not just one, but two of the most aggressive empires in history.

In this era of long, relatively low-intensity wars, it's easy to forget America's role in World War II was quite short: From Pearl Harbor to V-J Day, less than four years. But in that brief period U.S. society was rebuilt from the ground up.

Undeveloped areas dammed and electrified for new weapons factories. Huge population shifts as people flocked to work in them. Women and minorities in the workplace. Rural to urban, agrarian to industrial.

The sacrifice of the Greatest Generation can never be forgotten. But I often think we don't do enough to remember the veterans who came after them:

Those who fought the Cold War for half a century, and kept it Cold instead of Hot.

The Greatest Generation finished their war with a pair of nuclear bombs. The Cold Warriors won theirs by not dropping any nuclear bombs.

But many of them felt the comparison keenly, and never quite recovered from it. 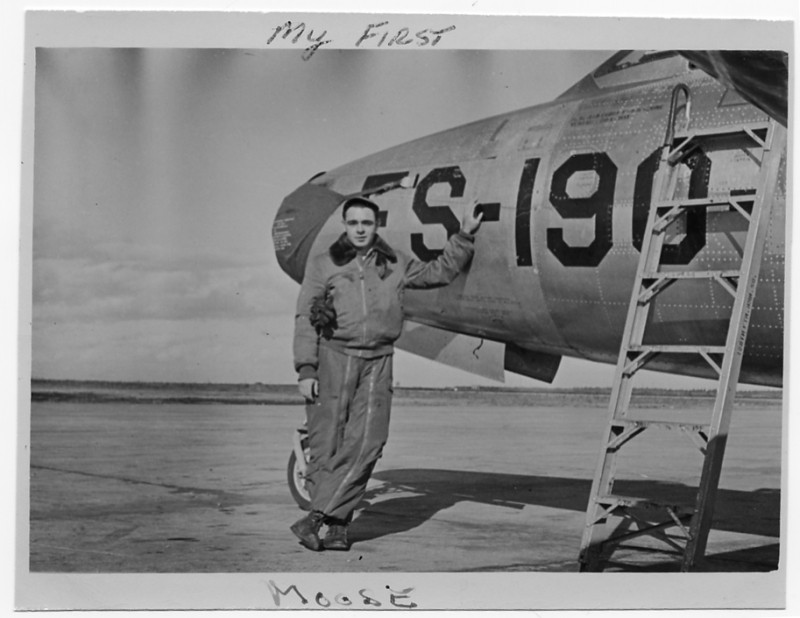 My father answered the call, but in 1950 instead of 1941. A smidge too young to fight in WWII, he grew up hearing gin-soaked war stories from his own Army veteran dad, in evocatively humid spy-novel settings like the Philippines and the Panama Canal.

When North Korea crashed the border — the first real blow of the Cold War, and it must be said, proof that communists were as hell-bent on domination as the U.S. said they were — he joined a group of fellow Savannahians who eagerly enlisted.

As a unit of the Georgia Air National Guard, they were shipped off to California for training. Then to Japan, then South Korea, to be activated as regular Air Force for the duration of the undeclared "conflict."

They trained first on P-51 Mustangs, gorgeous prop-driven WWII beauties with engines that, my dad enthusiastically recalled, were literally started by the explosion of a special .50 caliber shell.

They were on sleek F-86 jets awhile before settling down with the F-84, a ruggedly handsome straight-winged fighter jet better suited to ground attack.

My dad's wing spent most of their time, near as I can tell, at a forward airbase alternately known as Taegu, or sometimes just K-2. The Savannah boys put up wooden direction signs pointing the way to Broughton and Bull Streets. I have the photos.

My dad idolized the heroes of WWII, especially the ultracool fighter pilots. But those were the days long before Lasik surgery, and my dad had less than 20/20 vision. Not only did he miss his chance for glory fighting Hitler or the Japanese, he would never realize his dream of flying in combat.

But God, he loved those planes. He became a crew chief, i.e., head mechanic, on several F-84s. He didn't fly the plane, but make no mistake, it was his plane. The hotshot pilots just rented it out for awhile.

Some veterans bear literal scars. Some escape without physical harm, but bear another kind of trauma forever. And sometimes they pass it on to those close to them.

I don't know what the hell happened over there. Like most veterans, especially of that generation, my dad almost never talked about it.

But I do know a part of him never made it home. For the rest of his life, some of his spirit stayed on that muddy base with the Quonset huts under cold grey skies, the smell of jet exhaust hanging in the air, still fixing up those F-84s after their low bombing runs on enemy bridges, convoys, depots, and Russian-built tanks.

I don't have a clue what happened to him. Maybe nothing. Maybe he just loved it too much.

My parents split up when I was four. The only home I knew was a broken one, broken in part because my father was never all there. I don't even have his name anymore; after he died I ended up taking my mom's name. Another column for another day.

Still, when I was growing up we communicated as best we could, on weekends when I'd stay at his house in Thunderbolt. He wasn't much of a talker, but the one thing he loved talking about was military history.

So decades later, his lefty-liberal alt-weekly newspaper editor son who didn't serve a minute in the military and who voted for Bill Clinton once and Barack Obama twice can talk about military history for hours. I'll make your eyes glaze over.

A career 9-to-5 Air Guardsman, my dad would pick me up from school on Friday afternoons still in his uniform. Until that one weekend, when I was 16 and driving, when I casually dropped the news that I wouldn't be coming over because I'd be out with friends the whole time. I never spent another weekend with him again.

Anyway, thanks Dad. You helped save the world in your own way, in your own time. You never had anything to be ashamed of.