James Caskey is owner and operator of Cobblestone Tours and the author of several travel books.

THERE ARE a lot of misconceptions about the current lawsuit leveled by a few tour guides who seek to abolish the City's licensing requirements because they claim it violates their right to free speech.

Chief among the mistaken impressions is the belief that all Savannah tour guides agree that the suit should have ever been filed in the first place.

Many tour owners (like myself) and guides, while still being respectful toward the companies and people involved in the lawsuit, feel it is a step in the wrong direction to completely dismantle the licensing process.

Other aspects of the lawsuit target the legality of the Preservation Fee, which is a one dollar fee that companies pay for each adult on their tour (50 cents for kids), as well as whether or not one should have to pass a background check to work as a tour guide.

In my 14 years as a licensed guide, there is not a single instance where I’ve felt like my own right to free speech was being infringed upon. No one has ever told me what I can or cannot say on a tour.

I feel that Savannah city government is adept at many things, but they consistently fail in public relations, especially in regards to tourism. Some downtown residents have minor, yet legitimate, tourism gripes, especially relating to privacy and volume.

It is easy for downtown residents to lose sight of the bigger picture, though: the huge, almost exclusively positive economic impact of our tourism industry during the last twenty years.

To put it bluntly, tourism creates jobs, reduces property taxes, reduces crime, and vastly decreases urban decay. No one wants to return to the “wilderness years” before the tourism boom of the mid-1990’s.

And yet the Savannah city government frequently fails to capitalize on this potentially excellent PR campaign, namely how they’re selling Savannah’s history and Historic Landmark District as a package deal.

This reinvention of Savannah came with a price tag, but that fee has largely been paid by tourists, not residents.

The Preservation Fee, much like the Hotel/ Motel Excise Tax, is a vital part of the revitalization of our downtown. This was a fee designed initially to be passed on to the consumer (i.e. the tourist), not a fine levied at tour companies.

Somewhere along the way this message got muddied, though, and the Tour Service Fees Revenue Ordinance now reads like a page ripped out of the DMV Charm School handbook. The way the ordinance is written it sounds exactly like a tax, though.

The Preservation Fee is very important: it pays for vital upkeep of our precious squares and monuments. Last year, the fee generated almost $700,000 in revenue. $50,000 of the money generated went to monument preservation in 2014, and $60,000 went towards square renovation.

One shudders to think at what our sidewalks and historic memorials would look like if that valve of necessary funds was twisted to the “off” position.

The lawsuit seeks to do exactly that, unfortunately. By challenging the Preservation Fee in a court of law, these tour guides are in danger of defeating the very program which has enabled them to remain in business.

Tourists come to Savannah because it is picturesque; its beauty was bought and paid for, in part, by the same Preservation Fee they are attempting to eliminate.

The city should have done a better job of explaining both the purpose of this fee, and how it should be passed on to the tour-taking public: Just as an owner of a brick-and-mortar store has to spend money to maintain their property, tour companies should view it as a $1 surcharge to their ticket price in order to help maintain the Historic District.

The background check is just a good idea. Getting a thumbs-up from the police might seem like a pain, but we want to keep unscrupulous individuals from leading tours.

It seems perfectly reasonable to submit to a background check. After all, tour guides are going to be leading groups of children around after dark, and many of them will be handling credit card info.

Doesn’t it make sense to know a little about their past?

I’m not attempting to marginalize the frustration that these guides feel towards the current system. Many regulations of tour guides need to change.

I, and many others, simply disagree with their flawed attempt at a legal solution.

Tour guides are licensed professionals, and rightly so. It is not unusual for professions to require certification in order to ensure quality of service: doctors, lawyers, paramedics/ EMT’s, schoolteachers, engineers, and many other vocations all have such guidelines in place.

It seems perfectly reasonable to expect potential guides to be able to demonstrate basic knowledge about the subject at hand, namely the history and layout of the city they represent.

Encouraging tour guides to achieve a bare minimum of understanding is helpful to their livelihood, not harmful, and the City of Savannah has every right to protect its brand and legacy. 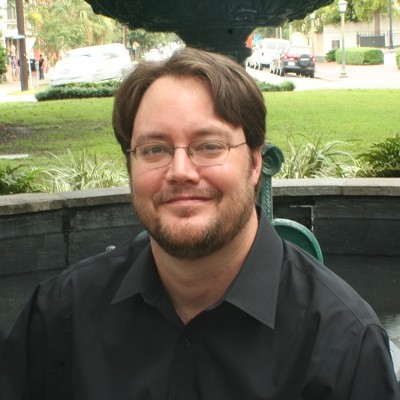