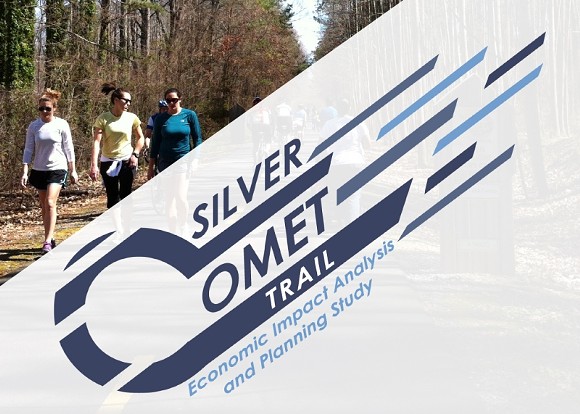 The Silver Comet Trail had a $461 million economic impact. A proposed expansion would increase that to $735 million, a 400 percent return on investment.

DR. RICHARD JACKSON is clearly frustrated with our national response to increasing rates of type 2 diabetes and other health problems related to physical inactivity.

“We preach about what we want people to do, then we make it impossible for them to do it,” he said.

Jackson, a pediatrician and professor at UCLA’s Fielding School of Public Health, was the keynote speaker at the second annual Georgia Trail Summit in Athens last week.

His prescription for improving the health of children and adults focuses more on parks than pills, more on infrastructure than injections.

“We should create beautiful places that encourage people to be active,” he said.

For nine years Jackson was director of the CDC’s National Center for Environmental Health and received the Presidential Distinguished Service Award. He’s co-written two books on the relationship between the built environment and chronic diseases: “Urban Sprawl and Public Health” in 2004 and “Making Healthy Places” in 2011. He also hosted the public television series, “Designing Healthy Communities.”

“As doctors we’ve been wagging our fingers at people for the last 30 years.” Jackson said. “We’ve failed them.”

His ideas about the link between infrastructure and public health found a receptive audience at the trail summit, which was attended by advocates and government officials.

“It’s exciting to see the trail summit embrace the message that Richard Jackson carries. We need to design healthy communities, which we haven’t done for decades,” said Paula Kreissler, director of healthy living & community development for Healthy Savannah and the YMCA of Coastal Georgia. This was her second year attending the conference.

Since last fall Kreissler has been working with parents, teachers and students at 10 Savannah schools, and has found significant barriers that make it impossible for children and adults to engage in the type of healthy activity recommended by Jackson and other physicians.

“The No. 1 issue we are hearing from the schools is the need for sidewalks so children can walk safely,” she said.

Only 26 percent of streets in Savannah have sidewalks on one or both sides and most of those are in historic neighborhoods, according to Kreissler.

A prime example is the Silver Comet Trail, a former rail line converted to a shared use path in 1998, which runs 61 miles west from Cobb County through Paulding and Polk counties to the Alabama state line.

The Northwest Georgia Regional Commission initiated an economic impact analysis and planning study in 2012 and found the trail has a $461 million economic impact. The benefits of additional trail connections are even more exciting.

“For every $1 spent on the Silver Comet Trail expansion, Georgians gain an estimated $4.64 in direct and indirect economic benefits. This translates to an over 400 percent return on investment for local communities, the region and the state.”

The Polk County Standard Journal newspaper reported on considerable support at public meetings in April, during which citizens reviewed proposed routes to extend the trail from Cedartown to Cave Spring.

However, enthusiastic residents and proven economic benefits didn’t stop Rep. Rob Woodall of Athens from taking to the House floor last month where he, “decried the Silver Comet Trail’s receipt of $3.7 million in federal funding,” according to Patrick Wojahn, director of government relations for the Rails-to-Trails Conservancy, a national advocacy organization.

But that’s not all. Reps. Sam Johnson of Texas and Vicky Hartzler of Missouri have introduced a bill, the “Right-of-Way for American Drivers Act of 2015” (H.R. 2609), which would “eliminate the largest dedicated source of funding for trails, and walking and biking infrastructure in America” according to Wojahn. The Transportation Alternatives Program “helps create trails, crosswalks, sidewalks and bike lanes, helping millions of people safely get where they need to go under their own power.”

Beth Gardner, vice president of governmental affairs at Americans for Prosperity, wrote in support of H.R. 2609, describing it as a way to eliminate “wasteful spending unrelated to core transportation needs.”

However the truth of the matter is that for many people TAP doesn’t provide transportation “alternatives.” For them, TAP does indeed provide for “core transportation needs.” There’s nothing alternative or “wasteful” about it.

“Today, 12 percent of all trips in the United States are made by biking or walking,” Wojahn wrote in an email to trail advocates June 8. “These active-transportation modes continue to grow as options for more and more Americans, yet we only invest 1.5 percent of surface transportation funds in these programs.”

For Gardner, Hartzler, Johnson and Woodall, it seems even that miniscule amount of funding is too much.