Trans and non-binary cabaret presents a vision for 2020

REPRESENTATION and inclusivity is the name of the game for Anne Drogynous this year. The trans burlesque performer is starting 2020 off on a powerful note with a special all transgender and non-binary show at Club One on Jan. 9 and Civvies on the 10th.

Featuring a large cast of local performers in the burlesque, drag, spoken word, and performance art communities, the show will unite multiple troupes and performance groups from throughout Savannah. Some of the performers include Prince Albert, Portia Please, Rita D’LaVane, Master Kior, Shrimp Etouffee, Flux Inqueerior, Memento Mary, and more. 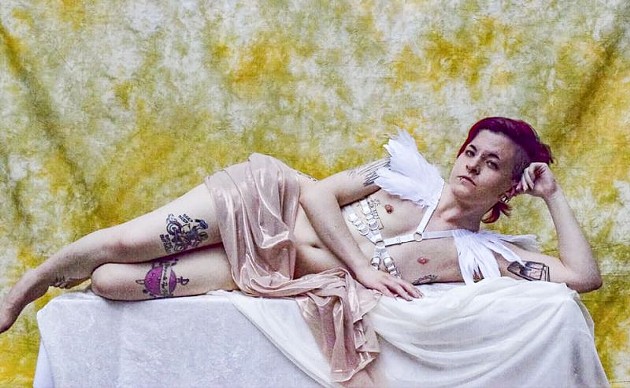 Anne Drogynous says that the idea for the show came out of a desire to showcase the many local performers that make up the trans and non-binary arts communities in town.

“I’ve been performing in Savannah for about five years, doing burlesque and drag,” Drogynous tells Connect. “I’m transgender, and luckily I’ve never had any issues in Savannah about being trans and doing performance art. It’s actually very inclusive, and I know a lot of people here that are either trans or non-binary and do some kind of performance art.”

The wheels started turning for the show a few months ago, and Drogynous began reaching out to as many local performers as possible to gauge interest.

“There are even people coming from Atlanta, so it’s really rad,” Drogynous says.

One notable thing about the upcoming show is that it brings together performers who normally work in different burlesque groups and separate collectives of performers. That was something Drogynous wanted to emphasize with this event—unity and inclusivity.

“I’ve performed with at least three of the troupes in town, and I’ve also performed at the Club One Cabaret. So I thought this would also be a really cool way to network and maybe even start doing their own shows,” Drogynous says.

For Anne Drogynous, burlesque and drag were things that began as a confidence builder.

“Before I started doing burlesque, I was really into the cosplay community,” Drogynous says. “I became interested in trying burlesque out myself after seeing shows. But being trans, I was worried about how that would translate. I kind of always do a mixture of drag and burlesque, and that’s how it’s always been for me. It was a really great way to build confidence, which I think is true for a lot of trans and non-binary performers.”

Burlesque, Drogynous says, is something that can be a bit nerve-wracking when you first go for it.

“It’s really nerve-wracking when you start, but it definitely helps with self confidence. That’s something that a lot of transgender and non-binary people struggle with, especially when there’s dysphoria involved. It’s a great way to express yourself artistically,” Drogynous says. 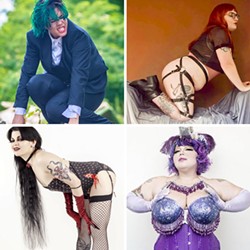 A similar show is also set for the end of January in Atlanta, and Drogynous hopes that there will be more opportunities in the future to shine more light on the transgender and non-binary performing community in Savannah.

“I definitely would like to do some more. Everyone that’s been involved has been great and really excited about it, so I’d definitely like to do it again,” Drogynous says.

“One of my other goals was to give an opportunity for musicians and poets to be involved in this as well. We do have a couple in this show, but I’m hoping that if some people come to this show there might be an interest in showcasing that kind of performance art as well.”