IMAGINE, for a moment, a dinner party.

You certainly know the host, and maybe a handful of other people, but the rest of the guests are strangers to you. As you begin to mingle with the other guests, you learn more about them: maybe there’s a former circus performer in the mix, or a friend of a friend, or someone who has the job you wish that you had. The possibilities are endless.

For hours, you get the opportunity to learn more about people who lead very different lives from you.

That’s, coincidentally, the way that Didi Dunphy feels about curating an art exhibition. 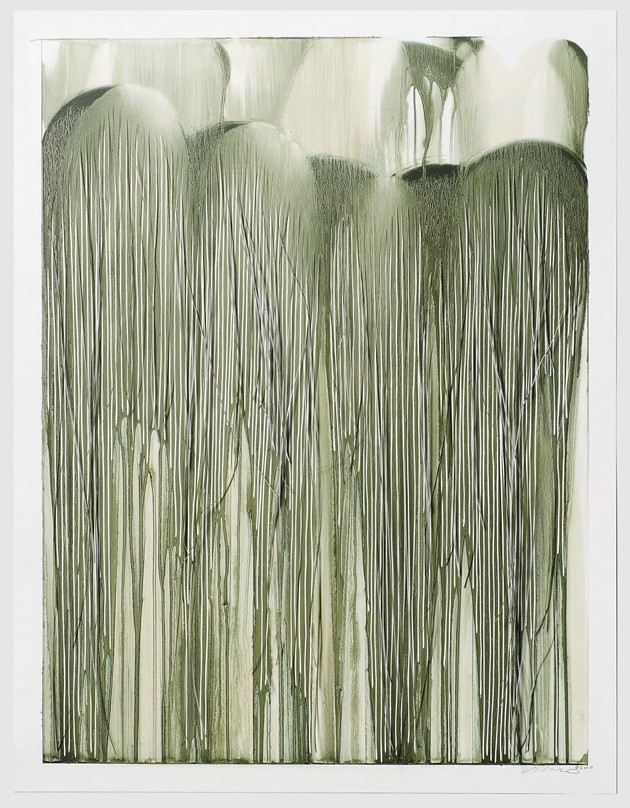 “You put together a guest list and you start with some of the things that are shared,” she explains, “but in reality, the most successful dinner party is around the conversation of what’s different.”

Dunphy’s latest dinner party, if you will, is “Cut and Paste: Works of Paper,” on display now at the Jepson Center.

This group show consists of 11 Georgia artists, including Savannah’s own Betsy Cain. Each artist works in paper, but each has a different approach, making for one great conversation.

“Cut and Paste” is the second iteration of Dunphy’s efforts to highlight contemporary Georgia art; the first focused on printmaking.

“We realized that we had something really interesting that would be focusing on current relevant artistic practice in the state,” explains Dunphy, “as well as providing a look into the contemporary arts in different cities around the state that might not have the same opportunities in their own location.” 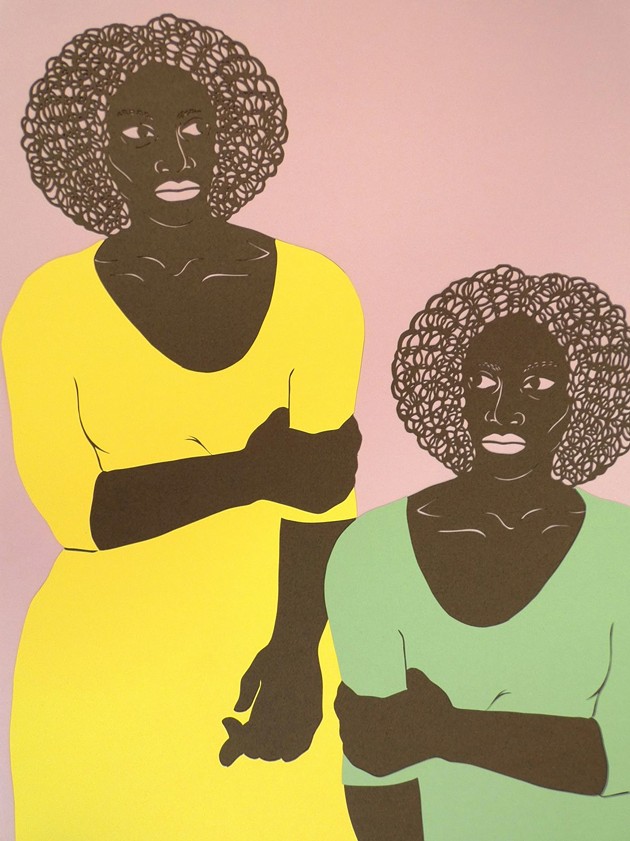 Dunphy and her colleagues at the Georgia Museum of Art also aim to provide affordable traveling shows.

“We can’t look at affording blockbuster exhibitions; that is no longer possible from even way prior to COVID,” says Dunphy. “So why don’t we just look in our neighborhood here and design a program that reaches the working artist, reaches the communities that would enjoy seeing and experiencing contemporary art, and giving the institutions who are upholding the contemporary artist a good show that is inexpensive to fund?”

Thus, “Cut and Paste” is on its fourth and last stop. Previously, it hit the Robert C. Williams Paper Museum in Atlanta, the Macon Museum of Arts and Sciences, and the Albany Museum of Art. 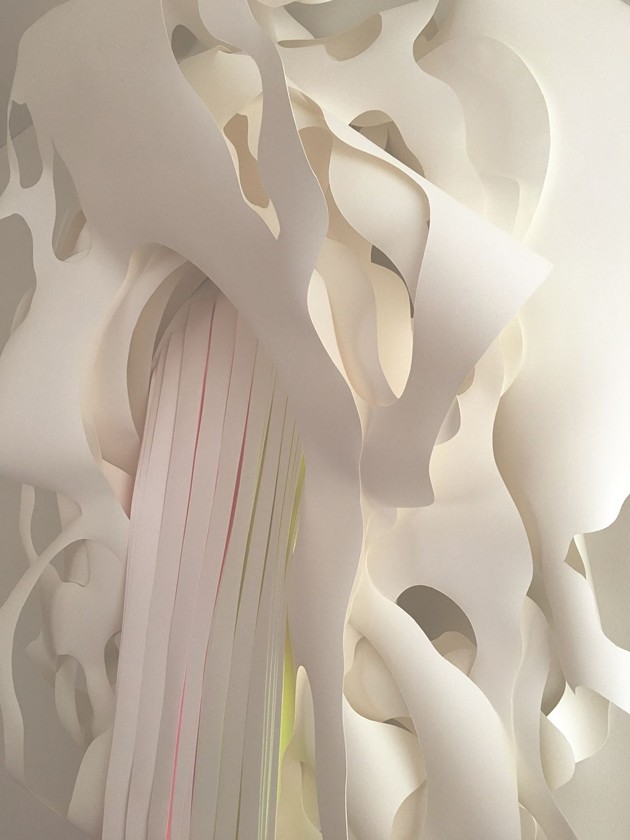 In addition to her role as a curator, Dunphy is also a working artist represented by Whitespace Gallery in Atlanta, and that background informs her curation.

“There’s nothing more exciting to me than the practicing artist population and being able to look at what people are thinking through visual means,” she explains. “My curatorial sense is very much based on exploring the nature of a practice in the artist. I’m driven towards that.”

Dunphy picks up artists through recommendations and word of mouth, and then she road trips to their studios to check out their work and get a better sense of how their studio practice works. That helps her plan the best dinner party of a show she possibly can.

On her studio visit with Cain, it was clear that the artist is greatly inspired by the Lowcountry’s scenery.

“Her studio visit was a way for her to feel out was available and what avenue of each artist’s work she wanted to explore,” remembers Cain. “That was a period when I was working on the shred pieces, and the studio was filled with those pieces among other things.”

The show contains two of Cain’s “Shredhead” pieces, which are paintings of figures with shredded yupo paper over them.

“The figure itself, even though it was only suggested initially, the information became even more dissolute by striating it,” says Cain. “I enjoy doing it—the physical sound of it, there’s a sound connected with it.”

“What amazes me is that you don’t need a lot of information to infer scenes that we’re familiar with, like figurative form,” says Cain. “You can get by with just the barest, minimal suggestion. In those pieces, that’s what I was doing: creating the ephemeral figurative suggestion.”

The ribbons of shredded yupo paper take on a living quality for Cain in the piece.

“The thing about these pieces in the studio is that they are alive because the strands move,” says Cain. “In the summer, I have a lot of fans going, so they actually breathe in my mind.”

Cain’s other piece in the show is called “Into the Woods,” which is part of an ongoing series that imagines the viewer being under the maritime canopy.

Extending the dinner party metaphor, Cain found herself particularly engrossed in a conversation with Hannah Israel’s work, which is crumpled and dyed paper. Cain sees her shreds as a sort of deliberate scarring, and she sees that likeness in Israel’s work.

“I related to all the work in such different ways,” muses Cain.

The other artists in the show include Steven L. Anderson, Jerushia Graham, Matt Haffner, Imi Hwangbo, Elizabeth Lide, Teresa Bramlette Reeves, Lucha Rodriguez, Samuel Stabler, and Kalina Wiska. Themes range from the environment and the domestic arena to economic hardship and racial inequity, and the techniques range just as broadly.

“All you need is one person. Then once you’ve captured that one person, you’re providing this entire course of experience,” says Dunphy. “If you’re interested in cast paper, we have that with Elizabeth Lide, and then you look over your shoulder and you see Betsy’s ribbon cuttings and you see Jerushia Graham’s silhouette cuts. You bring them in, start with an appetizer, and make them leave full.”

For a traveling show, the work looks different in each exhibition it’s in. Dunphy notes that at the first installation in Athens, the building was quite grand, and just the physical space changes the way the work looks together.

“I had a lot of fun grouping this party together. In other facilities, there was a change in the amount of space, how it was installed,” says Dunphy. “If this was going to travel, it had to travel to places where grandeur in a building might not be the first thing you experience.

“Every time I saw it in another place, it was like seeing another family member a couple years later at a reunion. They’re the same, but they look slightly different!”