As Ruby debuts, one study finds Georgians are getting wider

Earlier this month, the second season of Ruby debuted on the Style Network. The show follows Savannah resident Ruby Gettinger on her quest to lose weight and save her life from the health risks associated with morbid obesity.

But while millions of people tune in from across the country to watch her saga unfold, there are millions of other Georgia residents who are also in danger, particularly children.

Last week, the Trust for America's Health released a study, "F as in Fat 2009," which shows that Georgia is losing the war against the obesity epidemic.

The study ranked the Peach State 14th in the country with 27.9 percent of adults too big for their britches. And while our rank has improved since 2008, when GA was 11th, it's indicative that other states' residents are getting fatter faster; the actual percentage of obese adults still increased here from 2008-2009.

Proximity to the beach isn't helping inspire skinniness around Savannah either. Coastal Georgia had the highest percentage of obese adults in the state from 2004-2007, according to statistics from the Department of Human Resources, Division of Public Health.

"It's a national phenomenon," says Dr. Don Gates from Scale Solutions. "about 60% of our adult population is overweight or obese."

The difference between overweight and obese is just a few points on the Body Mass Index scale, which is a ratio of height and weight, however, it means a big difference when it comes to health risks.

"The big deal with obesity is the increased risk of heart disease, diabetes and other diseases," explains Dr. Gates. "You don't have to be your ideal weight to have a significant improvement in the way you feel. If you reduce your weight by 10 percent, you reduce your risk factors by 80 percent."

Georgia's youth aren't learning from the mistakes of their parents either; the state ranks third in the country in childhood obesity, and 37.3 percent of young people tip the scales too far.

Inactivity is playing a big part in that. Georgia's DHR found on average that half of students in the state get the recommended amount of physical activity prescribed by the Center for Disease Control.

Some critics also blame school lunches for the surge in childhood obesity, however, Helen Hussey, a clinical dietician at Memorial Health who is part of Ruby's team of health experts, rejects that claim.

"At the Savannah Children's Heart Center, I would see a lot of hypertension and high cholesterol...it usually fell back on the parents and what they supplied. The responsibility should fall more on the individual than on the school system or a restaurant."

Dr. Gates agrees: "When we talk about how to combat this, everyone talks about school lunch and stuff like that, and that's good, but it also goes back to the home," he explains. "Just 100 calories per day can make a difference of 100 pounds in 10 years. If you just make some small changes...then we can make huge inroads in dealing with this epidemic."

The obesity problem is complex, and not all of it has to do with choices. Another major factor is economic, and children from low income families have a much greater chance of being obese than their middle or upper class counterparts.

COOP worked with about 100 participants offering them educational seminars and developing methods to engage people and improve their lifestyles. They also gathered data on the progress made by the program's participants, and began gathering the final round of information a few weeks ago.

"We're still analyzing the data, but we did see some differences," Jones says. "We saw some improvements in their choices, so I think there were some positive outcomes but there's a lot of work to be done."

The issue of obesity is already complicated, but with economic factors thrown in, it becomes even more difficult to pinpoint any single solution.

While there are a variety of factors that can lead to obesity, everyone seems to agree that the best way to fight it is by teaching children better eating habits.
"It's hard to change behaviors...it's much easier to develop the proper behavior," says Jones.

"An involved parent is, in my humble estimation, worth more than 10 teachers telling a kid what he's supposed to do, and it's the same with nutrition," explains Gates. "That will have more of an impact than a little school lunch."

For Hussey, who has worked to help Ruby, along with countless non-celebrity patients at Memorial, she hopes the show will help people make the changes they need.
"She's definitely proven that if you stick with something and you're determined enough then you can be successful," says Hussey. "She's gotten a lot of positive feedback, and she's reaching a community that hadn't been reached, especially here in Savannah." 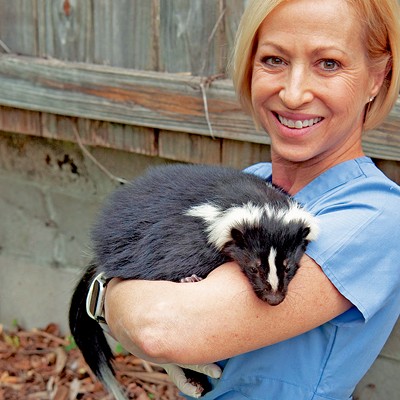