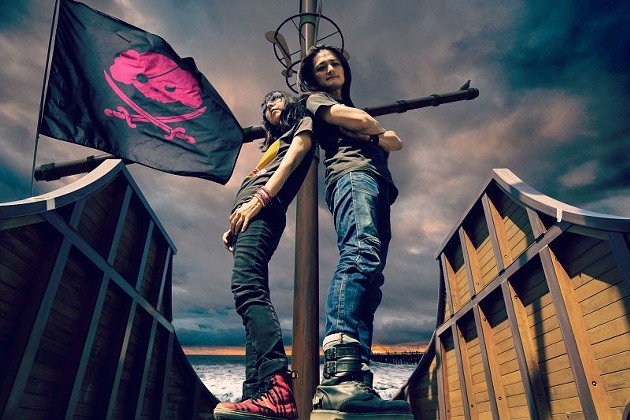 It’s a night of eclectic rock at Sulfur Studios.

Trouble Sleeping rolls into town from Louisville with a scrappy, lo-fi ‘90s indie sound. The project, formed around the songwriting of Zachary Goldstein, released the album msyoulvyou in June 2018.

Pinky Doodle Poodle bring high-energy punk rock from Japan. Formed in 2008, the band released their first album on Good Charamel Records (a label started by Goo Goo Dolls member Robby Takac). The band has released three full-length records and one EP since their debut. Pinky Doodle Poodle is currently staying in Athens and touring the United States. Hailed by the legendary MC5’s Wayne Kramer as “my new favorite band,” theirs is a can’t-miss show.

Savannah punks The Ramages round out the bill.