Broken Vows will be released in kegs only in November or December at Green Truck as well as the other retail locations of the other participants. Green Truck will also host a Sierra Nevada tap takeover night on September 30 to benefit local non-profit Sustainativity. Funds raised will be used to assist Senior Citizens Inc. make green upgrades, including converting two Meals on Wheels trucks to hybrid operation. 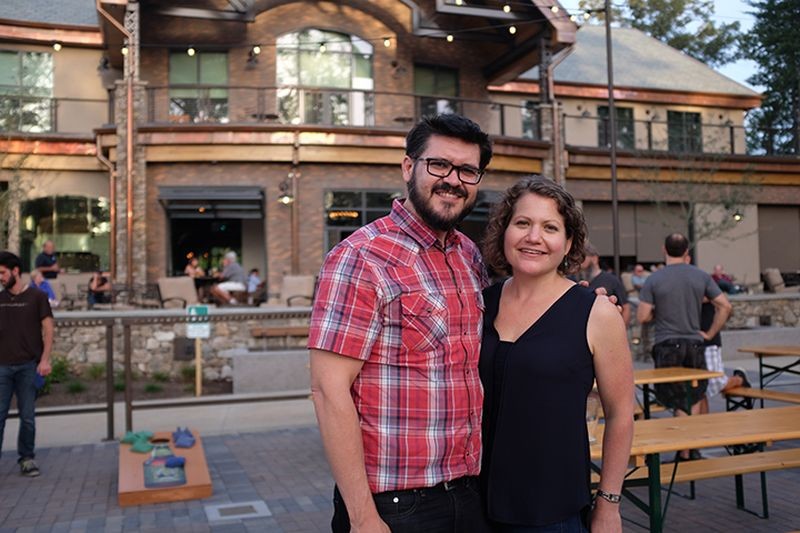 Josh and Whitney Yates of Savannah’s Green Truck Pub were among the guests at the Sierra Nevad Beer Camp, held for the first time at a North Carolina location. The Yates were hand-picked by the brewery’s Georgia beer rep to be part of the camp.

FOUNDED in 1979, Sierra Nevada is considered one of the pioneers of the current craft beer movement, and they have been an important voice in expanding the reach of craft beer and educating the general public on what good beer can be.

To help spread that message, the brewery created Beer Camp in 2008.

Beer Camp is a brewing competition that brings home brewers to the brewery and experience beer making on a large scale. Recently the brewery expanded Beer Camp to include a (non-competitive) camp for beer retailers, bar owners and restaurateurs so that they could learn about the brewing process and educate themselves in different styles of beer.

This year’s retailer Beer Camp included Savannah’s own Josh and Whitney Yates, co-owners of Green Truck Pub. The lone representatives from Georgia, they were hand-picked by the brewery’s Georgia beer rep to be part of the camp.

Just this year Sierra Nevada opened a new, state of the art brewery near Asheville, N.C., and for the first time Beer Camp took place at this new Mills River site instead of the flagship brewery in Chico, California.

The three-day camp included a full brewery tour, educational classes, trips to local farms who are supplying the raw materials for their beers and culminated in the brewing of a team conceived and developed beer. 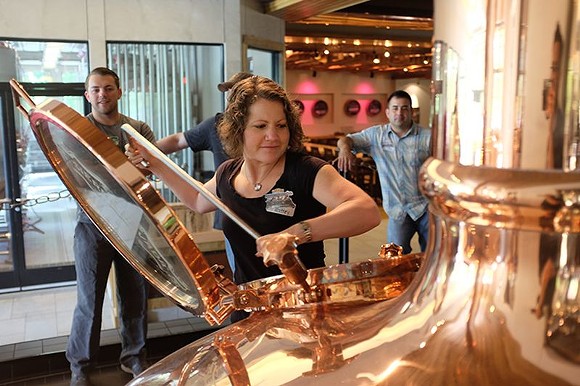 Day one featured tastings and a look around the on site brewpub and music spaces. Music has always been part of the Chico brewery space, and this was continued in the Mills River site as a way to promote local artists.

Day two was a full tour of the brewery. Both Josh and Whitney mentioned that the hop room was particularly interesting and their favorite part of the tour. The brewery had numerous types of hops from the usual such as citra or centennial to new experimental hops that Sierra Nevada is helping to develop.

Also on the tour were visits to smaller local breweries such as Wicked Weed. Sierra Nevada is using their labs and resources to help identify the yeasts and bacteria in the Funkatorium, Wicked Weed’s experimental barrel aging program.

Whitney sees this as one of Sierra Nevada’s strong points, having built a huge new location that could easily drown out local businesses. Instead they are actively trying to help the local breweries thrive and better themselves.

These collaborations were not the only aspects of the Mills River Brewery of interest to the Yates. The new brewery was designed and built to be as sustainable as possible, including an extensive water and energy reclamation program. A byproduct of the water treatment process is methane.

By burning this reclaimed methane and through the use of solar panels the brewery produces enough energy to supply about 40 percent of their energy needs annually.

Because local and sustainable has always been part of the Green Truck business plan. Sierra Nevada’s passion and commitment to sustainability resonated with the Yates.

Both were impressed with the extent of the sustainability programs and how local businesses were incorporated into every level of the brewing process.

After learning all about the new brewery and their sustainability initiatives the team set to work on a developing the details of brewing their beer.

There were “classes” given by the head brewer and discussions on how exactly to produce a beer on the brewery’s 40 barrel tap house brewing system. 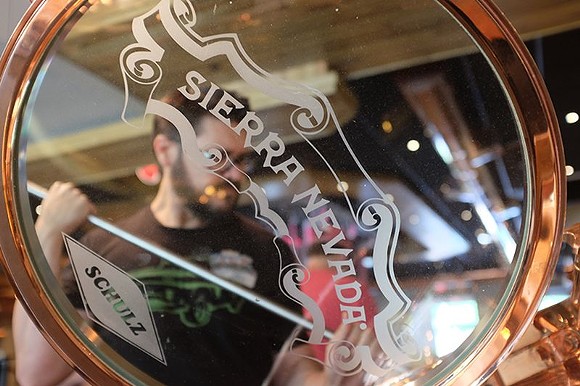 Day three of the camp was committed to actually brewing the collaboration beer. The beer the team developed was based on an idea first proposed by Whitney.

Because the brewers needed to pre-purchase brewing ingredients, preparation for the beer began several weeks before the Beer Camp officially started.

Many ideas were passed around between the camp participants via email until she suggested a Belgian stout. This idea developed into a recipe that reached back to beer’s Belgian and German roots. The group settled on a Belgian Strong Dark Ale.

The flavor profile was based on stollen, a traditional German fruitcake and another of Mrs. Yate’s suggestions.

It’s a bread that her "great grandmother always made, and then, of course, my grandma, mother, and I always make it too."

To recreate this flavor of the Christmas time cake the beer was brewed with many of the ingredients you might find in a bread of this type; spiced fruit, ginger, anise, and cardamom.

The Yates said the brewers did help them add new flavors and suggested a few additions such as Belgian candy sugar to help with the sweetness. The brewer also introduced the team to an experimental hop that had characteristics that would add to the flavor profile of the beer.

The stollen based beer they created was dubbed Broken Vows. The name referred to Belgian beer’s roots in monasteries and the fact that this Beer Camp was the first at the East Coast brewery site, breaking the “tradition” of the West coast camps.